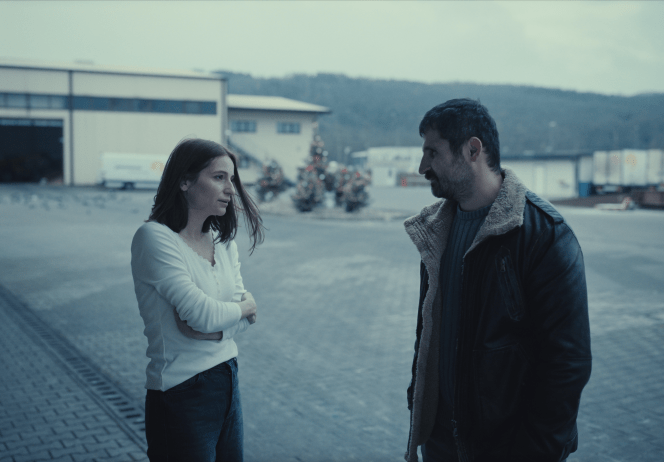 THE OPINION OF THE “WORLD” – NOT TO BE MISSED

In Transylvania, the land of vampires and monsters, if we are to believe Frankenstein Junior (1974) by Mel Brooks, a village stumbles against a mountain. Asphyxiated, in a faded white where it is difficult to distinguish the sky from the earth which also blurs the intentions of souls. Most of the young people from the area have left to work abroad, hoping to earn decent salaries and establish a family in the rules of the art.

It is here, in this multi-ethnic town where Hungarians, Romanians and a few more Germans live, that Cristian Mungiu has set himself the project of scanning the affects of his country, Romania. “NMR” means “Rezonanta Magnetica Nucleara”. In French, MRI, magnetic resonance imaging. Since his Palme d’or for 4 months, 3 weeks, 2 days, in 2007, and four other Cannes awards, the filmmaker left the Croisette for the first time without a trophy. However, this branded film could become the acronym for his social cinema, which gives cutting-edge images of nature like some of the most beautiful scientific films.

It begins with a horrific vision. In the forest that razes the houses, a child witnesses a drama whose story does not reveal the content. He hasn’t spoken since. His father, Matthias (Marin Grigore), encourages him to become like him, devoid of fear, convincing him of the benefit of arms because one must always die last. Matthias has just settled his accounts by headbutting the foreman of a German slaughterhouse who called him a “lazy gypsy”.

Read also: Article reserved for our subscribers Cristian Mungiu, director of the film “RMN”: “Europe is not a monolith marching towards progress”

Matthias is a silent mass, a mammal, a real man. On the lookout, planted behind the house of his former mistress, Csilla (Judith State). Of Hungarian origin, the young woman plays the cello on the theme ofIn the Mood for Love before going to sleep. Number two in an industrial bread factory, she must hire to obtain subsidies from the European Union. Arduous task. No premises present themselves. The arrival at his request of three Sri Lankans, will raise a violent wave of racism which makes visible the insidious disorder from which the humanity of the village suffers.

Obsessed for a long time by the dramas of everyday life, both administrative and intimate, Cristian Mungiu examines the situation in a constant clash that is part of a documentary chronicle and an adventure on the borders of the human condition. Ruthless, never tearful. Like Matthias, immersed in his phone, in the images of the scanner of his elderly father, Papa Otto, he follows the metastatic spread of evil that is destroying the village and seeks answers from the side of the deepest instincts that macerate from generation to generation.

You have 37.67% of this article left to read. The following is for subscribers only.