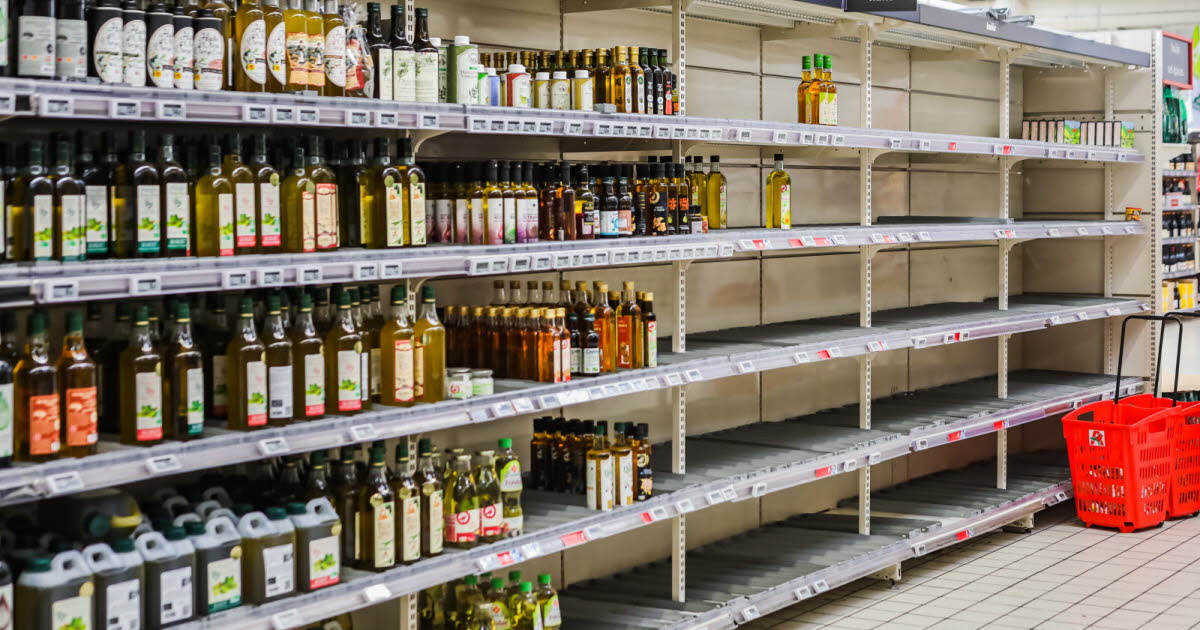 Ukrainian dry breakdown, Russian quotas and consumer rush have propelled oils, from sunflower to rapeseed, to staggering price levels, in a very volatile world market where cereals are holding up very high.

Ukraine can no longer supply as much, Russia introduces quotas

Ukraine, which provided 50% of the world trade in sunflower oil, can no longer export because of the war: the ports are blocked and according to kyiv, road and rail allow flow to the West less than half a million tons of goods per month, mainly cereals, ten times less than before the conflict.

Russia, which exports 28% of the world’s sunflower oil, has just introduced a quota for foreign sales of this yellow gold, after increasing export taxes by 20% in early April.

The threat of a shortage and high oil prices have boosted all oilseeds (rapeseed, sunflower, soy, palm), which are used to produce oils, animal feed and are also used as agrofuels.

Result: soybean oil has gained 16.5% since the beginning of April on the American market, canola (Canadian GMO rapeseed) brushed past its absolute record on Tuesday and rapeseed has been prancing since Friday above 1,000 euros per tonne for a delivery in May on the European market, a record.

On the shelves of supermarkets, from Paris to Barcelona, ​​sunflower oil is quickly running out, with consumers rushing for the precious bottles, the price of which is now approaching that of olive oil. Some brands have imposed quotas – five liters per customer per day at Mercadona or Corte Inglés in Madrid.

In March, food prices reached their “highest levels ever recorded”, driven by vegetable oils whose FAO index “jumped by 23.2%”, according to the April report of the Food and Agriculture Organization of the United Nations.

“The demand is there and the crisis lasts”, a cocktail likely to “keep prices at high levels for a while”, comments Damien Vercambre, broker at Inter-Courtage.

Especially since the war intervened in an already very tense context for oils, after a difficult year 2021 and when a poor soybean harvest is expected in South America.

Seedlings in Europe to the rescue

All eyes are now on the next campaign, with the start of sunflower sowing in Europe.

In France, the European Union’s leading oilseed producer, farmers are preparing to sow more rapeseed this year: areas are expected to increase by 18.4% compared to 2021, to 1.2 million hectares, while those in soft wheat will decline by 3.9%, according to the Ministry of Agriculture.

In the United States, we have “never seen anything like it”

In the United States, where sowing begins in May-June, John Sandbakken, executive director of the national association of sunflower growers, reports numerous calls from producers seeking to increase their acreage, in the United States and Canada.

The US Department of Agriculture is counting on a 10% increase in sunflower areas but is betting “rather on an increase of 20 or even 25%”: “I have been in the business for 26 years and I have never seen anything like. »

“Over the past two decades, we have become accustomed to global supply being just in time,” explains Arlan Suderman, economist on the StoneX platform. “Demand was growing faster than supply” and supply was “just in time”.

The situation has been aggravated by the “supply shock” created by the war in Ukraine, to which is added the drought in Latin America and in the American wheat plains: “All this combines to make these markets very nervous. »

On the Chicago Stock Exchange, shortly before the opening, the price of wheat of the SRW variety reached 11.10 dollars a bushel and corn 8.01 dollars for deliveries in June. Soybeans were listed at $16.99.