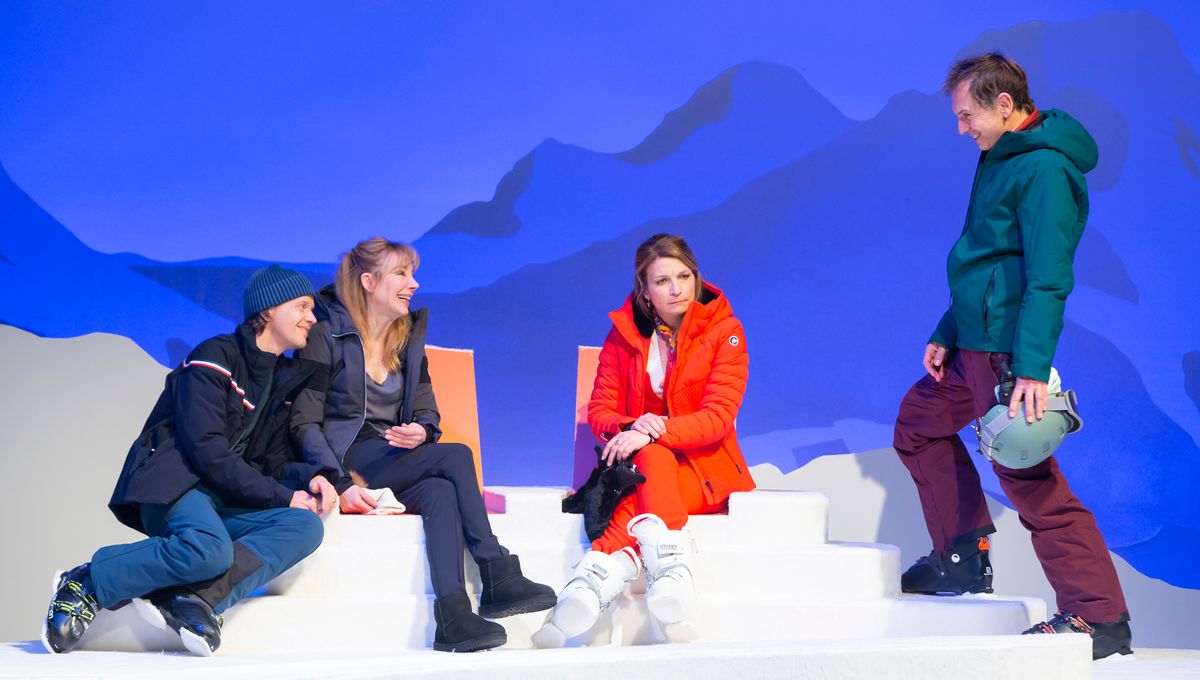 Question the couple, the truth, the courage, the point of view, and the meaning of the language, what we say, what we do… But above all, what we say about what we have done! What is heroism or cowardice without a record of what has been said, what has been done?

Eva and Thomas spend their holidays in a ski resort. At the top of the slopes, an avalanche is triggered. Terrifying moment. But the disaster stops a few meters away. No visible damage. However, the event cracks the couple when we interpret the reactions of each in the face of danger. The family universe is shaken and friends are torn apart. Cowardice, fear and shame take over the best intentions.

Director of Snow therapy, Salome Lelouch told in an interview with Pierre Notte :

“In the film, the avalanche is a fuse whereas in the play, it is a revealer. It is therefore not a question of telling the story of a couple that is falling apart, but rather that of a rift that opens up between two people following what could be called “snow therapy”. Have an instinctive reaction under the influence of emotion, which however will now define you in the eyes of others.

There is relief in this story! Highs and lows. Descents, a slippery subject, crevasses and ascents. Sometimes the characters are very small in a huge space, sometimes we look at them close-up in a more confined place. A mountain range, concretely, present in the background, will be the only stable element of the decor. But its size and importance will be relative. They will depend on the framing and therefore on the point of view we have of this landscape: big men or little men? It all depends on the context…”

If it was her, who had run away, would that have triggered the same crisis? Do we blame a woman for lacking courage? This is a reproach that is more readily leveled at men. And even if it seems to me that she blames him less for running away than for denying it, one wonders if he would have denied it with as much force in a less “gendered” society? »

The Scandinavian Ruben Ostlund realized The SquarePalme d’or 2017. His fourth film, Snow Therapywon the jury prize at Cannes in 2014 and represented Sweden at the Oscars.

Writer, producer and theater director, Salome Lelouch orchestrates a creaking camera, an intimate and alpine epic, where the flaws of individuals are revealed and push them to the edge of the precipice