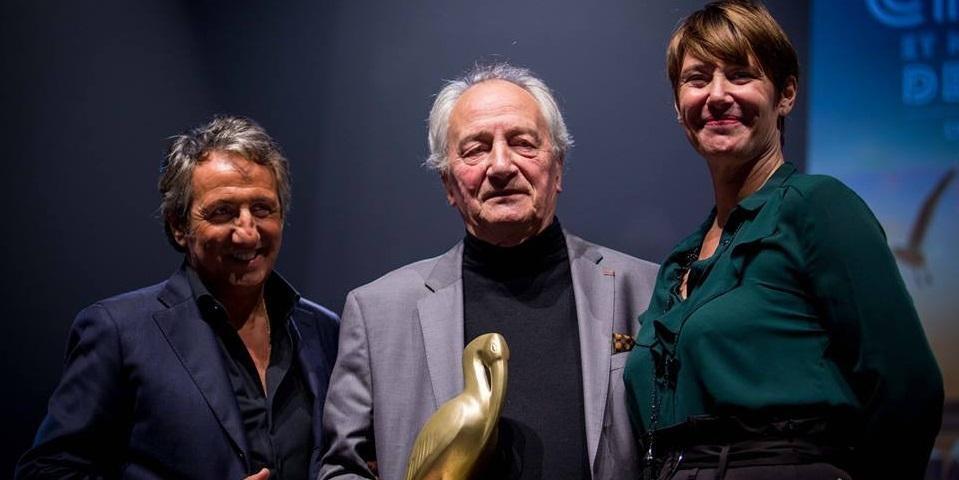 “He was the soul of cinema in La Baule and in the region, for more than forty years”, reacts Sam Bobino, president of the La Baule film festival. “A Bauloise figure, a must in French cinema”, adds Mayor Franck Louvrier.

Tony Moliere passed away at the age of 87, Sunday evening November 14. He had led a long career as a distributor, co-producer and producer of feature films in France, and locally manager of several cinemas in Saint-Nazaire, La Baule and Guérande.

“This enthusiast will have devoted his life to the 7e art. He had easy storytelling and made you travel in this world of image and sound with relish. “

Born in Angers, Tony Molière spent part of his life in Paris, with his father, a hairdresser. It was there, in the Latin Quarter, that he started when he was very young as a ticket seller in a cinema. “He admires the directors, frequents them, hosts debate evenings. Married and father of two boys, he and half a dozen friends decide, one day in 1970, to start distributing films. “During a dinner. Everyone put their hand in their pocket. “A company will follow, which spreads all over France”, we wrote in the columns of West France, in 2008.

Tony Molière distributes between twenty and thirty copies of sometimes successful films, such as Cried cuervos, by Carlos Saura; Iron man, from Wajda, who won the Palme d’Or at the 1981 Cannes Film Festival, or The American Friend, by Wim Wenders. Before moving up a gear: co-production and production, under the name of Films Molière.

From 1976, his wife, who has since died, operates the Nazairian cinema Les Korrigans, while he works in Paris and returns on weekends. They will manage this cinema for thirty-four years. In 1983, he also took over the management of the Gulf Stream in La Baule, which his family still manages today. In 2009, he created the Ciné peninsula complex in Guérande, which has since been sold.

“Working as a family with his wife and sons, he has succeeded in animating and perpetuating the Baulois cinema, one of the last in the city center, recalls Franck Louvrier. Cine-debates, cine-concerts, thematic cycles, retransmission of operas and plays, Tony Molière never ceased to diversify the cinematographic series to strengthen its appeal and entertain spectators. “

The profession paid tribute to him in February 2020, during the 20e edition of the Rencontres des coasts de Bretagne for cinema exhibitors.

Tony Molière, photographed at the Cannes film festival where he has been going every year since 1972. © Archives Ouest-France

Tony Molière did not miss a Cannes festival, but he also accompanied that of La Baule since its debut in 2014. “It was a chance to have this great man of cinema by our side from the start, continues Sam Bobino. He will be sadly missed by the Festival and the profession in general. He is one of those who have participated, with passion, in bringing to life, sharing and making cinema – all cinemas – loved by the greatest number and several generations of film lovers. “

The Baule. Death of Tony Molière, figure of cinema, from Saint-Nazaire to Guérande