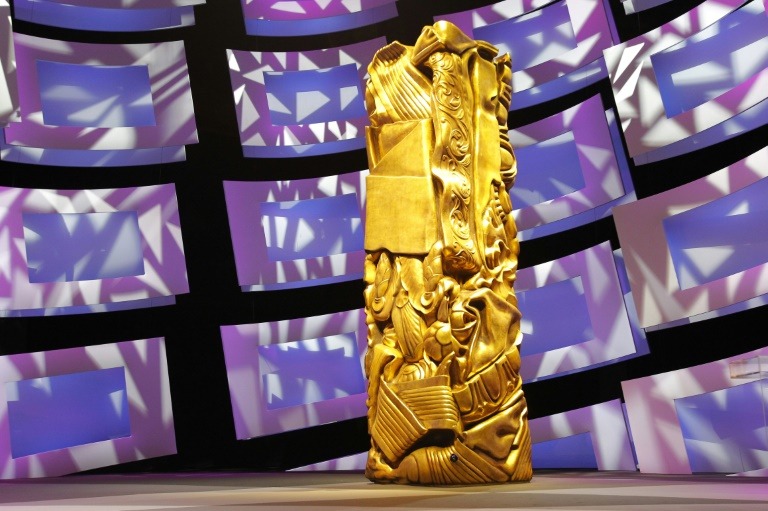 The Cesar ceremony opened on Friday with the promise of “not giving lessons” in a world plunged into the Ukrainian crisis, by crowning two young hopefuls: Anamaria Vartolomei and Benjamin Voisin.

“The mood of this ceremony will oscillate between halftime of the Super Bowl and a karaoke evening with Michel Houellebecq. Between (the Palme d’Or 2021) Titanium and herbal tea”, launched the master of ceremonies Antoine de Caunes arriving on the Olympia stage.

“We are not going to change the world, we would be in a bad position to give lessons”, he promised, knowing that he was eagerly awaited after two editions of the Césars marked by scandals and flops, and a new year of health crisis. .

“We’re going to laugh, we’re going to be moved, the essence of our job is to continue no matter what, even if the world is collapsing,” added this veteran veteran of the exercise, ten Cesar ceremonies at the counter.

“Tonight we are thinking of the Ukrainians. Let’s live up to the luck they don’t have.” The 47th Cesar ceremony was also “dedicated” to the memory of Gaspard Ulliel, who died a month ago, aged 37, in a skiing accident.

The unexpected, even the discomfort for some, was nevertheless quickly invited on stage with an intervention by comedian Marie s’infiltrates, who lifted her skirt and launched “Good evening, here is my ass! Happy tribute to the ass -ture”.

On the statuette side, the first distinctions were awarded to Anamaria Vartolomei, best female hope for her role in “L’Evènement”, a punchy film about abortion, adapted from Annie Ernaux, who won the Golden Lion at Venice.

On the men’s side, it is Benjamin Voisin who is the best hope for his role as Lucien de Rubempré in “Lost Illusions”, an adaptation of Balzac by Xavier Giannoli who is the favorite with 15 nominations to succeed “Adieu les Cons”, great winner of the Cesars last year.

These prizes were awarded to the elite of French cinema, joined by Australian actress Cate Blanchett and American Adam Driver. The first must receive an honorary César for her entire career while the second is in the running for her role in the rock opera “Annette” by Leos Carax (11 nominations), presented at the Cannes Film Festival.

In his category, he rubs shoulders with Benoît Magimel, Vincent Macaigne and Pierre Niney.

“Aline”, Valérie Lemercier’s biopic dedicated to Céline Dion, in which this big fan of the Quebec star gives the best of herself, is also very well placed: ten nominations, including logically the best actress, alongside Léa Seydoux or Laure Calamy, again named after winning the title last year.

In the queen category of “best film”, in addition to the three opuses placed at the top, the members of the Academy also put on the ranks “BAC Nord” by Cédric Jimenez, on the excesses of the police in the northern districts of Marseille, ” The event” by Audrey Diwan, adaptation of a novel by Annie Ernaux on abortion which won the Golden Lion in Venice, “La Fracture” by Catherine Corsini on France’s “yellow vests” as well as “Onoda, 10,000 Nights in the Jungle” by Arthur Harari.

Renewed to respond to accusations of opacity, inter-self and machismo, will the Academy of Caesar seize the opportunity to show that it has changed?

Only one filmmaker has received the César for best director so far: Tonie Marshall in 2000 for “Vénus Beauté (institut)”. Three are nominated this year (Valérie Lemercier, Audrey Diwan and Julia Ducournau, who won the Palme d’Or at Cannes for “Titane”) for four men.

For all these films, Cesars could serve as a consolation prize after a year in which French cinema was able to shine at festivals but suffered in theaters due to the Covid-19 pandemic.