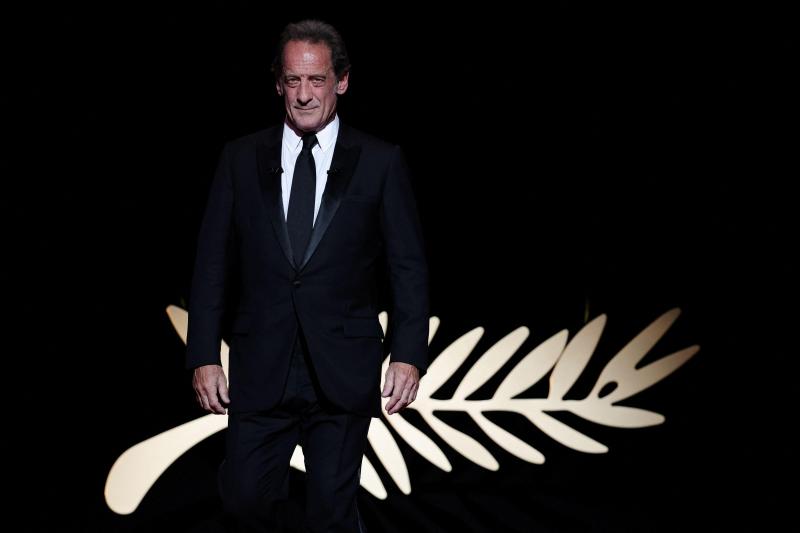 “We need a new Chaplin who will prove that cinema is not silent” in the face of war: the Cannes Film Festival immediately gave a political tone to its 75th edition by offering a platform, from kyiv, to the Ukrainian president Volodymyr Zelensky.

The surprise appearance of the face of the President of Ukraine, in latticeworkon the screen of the Palais des Festivals for the opening of the Cannes Film Festivalwas followed by a long ovation by the elite of world cinema, gathered for the opening ceremony of a festival that promised war would be “on everyone’s mind”.

“We will continue to fight, we have no other choice (…) I am convinced that the “dictator” will lose”Volodymyr Zelensky continued, referring to Russian President Vladimir Putin and Charlie Chaplin’s film, which he quoted several times.

In Ukraine, “Hundreds of people die every day. They are not going to get up after the end clap. (…) Will the cinema be silent, or will it talk about it? If there is a dictator, if there is a war for freedom, again, everything depends on our unity. So, can the cinema remain outside of this unity? »he still launched.

This intervention writes a new page in the long political history of the Festivalfounded in 1939 to oppose the Venice Film Festival in fascist Italy, but whose first edition, due to world war, could not be held until 1946.

“The Festival has never ceased to welcome, protect and bring together the greatest filmmakers of their time”underlined before the president of the jury, Vincent Lindon, recalling the “artistic and civic line” of this global event. “Can we do anything other than use the cinema, this weapon of massive emotion, to awaken consciences and shake up indifference? I can’t imagine it! »he launched.

In addition to the banishment of official Russian delegations, announced after the invasion, the official selection also bears the shadow of war this year. Starting with the film that will open the competition on Wednesday, Tchaikovsky’s wife, by Russian dissident Kirill Serebrennikov. Seeing this filmmaker, selected three times, for the first time on the steps will be a strong symbol.

Later in the festival will also be shown the films of the Ukrainians Sergei Loznitsa or Maksim Nakonechnyi, as well as the last film of the Lithuanian director Mantas Kvedaravicius, killed at the beginning of April in Ukraine, Mariupolis 2.

Despite the context, in Cannes, “the show must go on”
: actors Julianne Moore, who stars in Jesse Eisenberg’s directorial debut (The Social Network) and Forest Whitaker secured the glamorous quota, the latter receiving an honorary Palme d’Or for his career.

At 60, the actor with a career marked by an Oscar for his portrayal of Amin Dada, the Ugandan dictator, in The Last King of Scotland (2007), or his killer role with Jim Jarmusch in ghost dog (1999), is a regular on the Croisette, where he won an interpretation prize in 1988 for bird by Clint Eastwood. 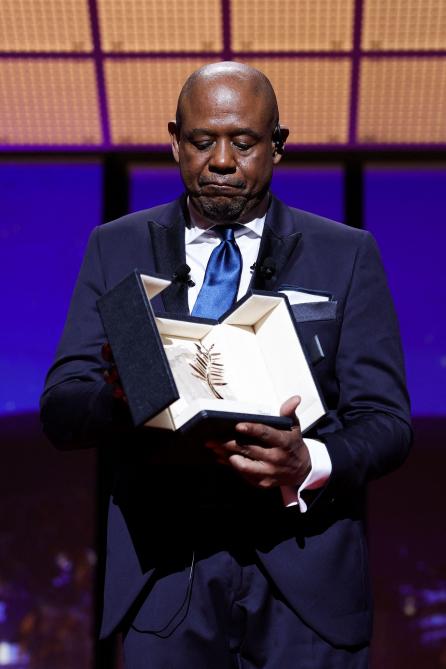 This price “changed my life, it allowed me to be recognized as an artist and to be respected as an actor all around the world. I was really a kid back then [26 ans], insofar as I was not used to interviews and I did not know what to answer. I remember that the day before the awards ceremony, I was in my room in Cannes with my brother and he said to me: “Imagine it’s you tomorrow”. I said to him: “Are you serious?” »he remembered, after receiving the Palme d’Or of honor for his career.

The atmosphere then changed radically, with the opening screening of Cut!by Michel Hazanaviciusa crazy parody of zombie films and a declaration of love to all films, even the most failed.

The film, which is being released simultaneously in theaters, should act as an outlet for a world of cinema trying to recover from the pandemic: Cut!
“is joyful, it highlights the people of the cinema, and I hope it makes you want to do it”said the French director, ” very happy “ to return to Cannes as an opening.

The Cannes Film Festival opens with Zelensky, who summons the spirit of Chaplin