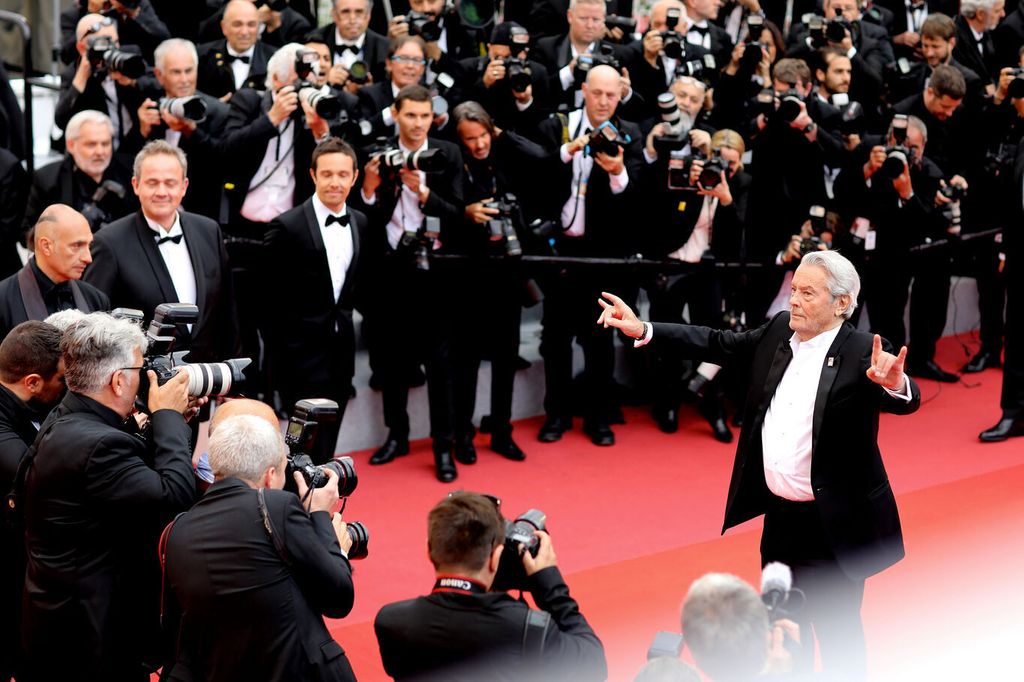 This Tuesday, May 17 marked the kick-off of the 75th edition of the Cannes Film Festival. A few years ago, the festival was undermined by revelations about the jury’s deliberations. Explanations.

Each year has its share of scandals. If the Cannes Film Festival is noticed by its selection of films – obviously -, or the red carpets each more glamorous than the other, there is a more negative point that causes ink to flow with each edition: the controversies. Since its creation, controversies have tainted this high mass of international cinema. Some more than others. This is the case of the revelations of the president of the jury of the 32nd Cannes ceremony, as recalled by the documentary Cannes Film Festival: Palms, scandals and red carpetbroadcast this Tuesday, May 17 on France 2 on the occasion of the opening of the 75th edition of the Cannes Film Festival.

Recall of facts. We are in May 1979. Françoise Sagan is the president of the jury, composed in particular of the director Jules Dassin, the actress Susannah York and the screenwriter Sergio Amidei. After the deliberations, they had crowned two winners of the Palme d’Or : The drum by Volker Schlöndorff and Apocalypse Now by Francis Ford Coppola. Except that this second Palme d’or was imposed on them. “This double Palme d’or will go down in Cannes annals as one of its biggest scandals.“, says the documentary. Neither one nor two, Françoise Sagan had expressed her dissatisfaction, breaking the omerta which surrounds the deliberations of the jury – yet kept secret, and this still at present. But in the face of this injustice – this rigging, even – the writer could not remain silent.

These revelations about the jury’s deliberations that caused controversy

She thus revealed the maneuvers of the president of the Festival at the time, Robert Favre Le Bret. According to Françoise Sagan, the Palme d’Or should only have gone to the Drum of Schlöndorff, who looks at Nazism from the height of children. It was without counting the insistence and the pressure of Robert Favre Le Bret on the jurors so thatApocalypse Now also get it. When a journalist asked her if she had been asked to vote in favor of Francis Ford Coppola’s feature film, Françoise Sagan made no secret of it. “Yes“, she retorted, straight in her boots, before specifying that the “we“who forced them is”only Favre Le Bret“, who summoned Françoise Sagan for him”to say that it was important for the Festival to reward” of the Palm Apocalypse Now.

For his part, the German director had wanted to stay away from his friend, president of the jury. “I didn’t call or contact you because I didn’t want to influence“, confided Volker Schlöndorff to Françoise Sagan. A distance not necessary, since the writer had already made her choice. “Coppola will admit to being a little offended by this half-PalmeSchlöndorff, he will know how to rejoice“, concludes the documentary of France 2. Ambiance…

Alain Delon
A few years ago, the festival was damaged by revelations about the deliberations of the jury

Francoise Sagan
Neither one nor two, Françoise Sagan had expressed her dissatisfaction, breaking the omerta which surrounds the deliberations of the jury –

Francis Ford Coppola
faced with this injustice – this rigging, even – the writer could not remain silent, revealing the maneuvers of the president of the Festival at the time, Robert Favre Le Bret.

Francis Ford Coppola
According to Françoise Sagan, the Palme d’Or should only have gone to Schlöndorff’s Drum

Francis Ford Coppola
Françoise Sagan had claimed to have been forced by “Favre Le Bret alone”, who summoned her to “say that it was important that the Festival reward” the Palme Apocalypse Now

Volker Schlöndorff and Francis Ford Coppola
“Coppola will admit to being a little offended by this half-Palme, Schlöndorff, he will be happy about it”, concludes the documentary from France 2. Ambiance…

The Cannes Film Festival rigged? This revelation that had hurt him