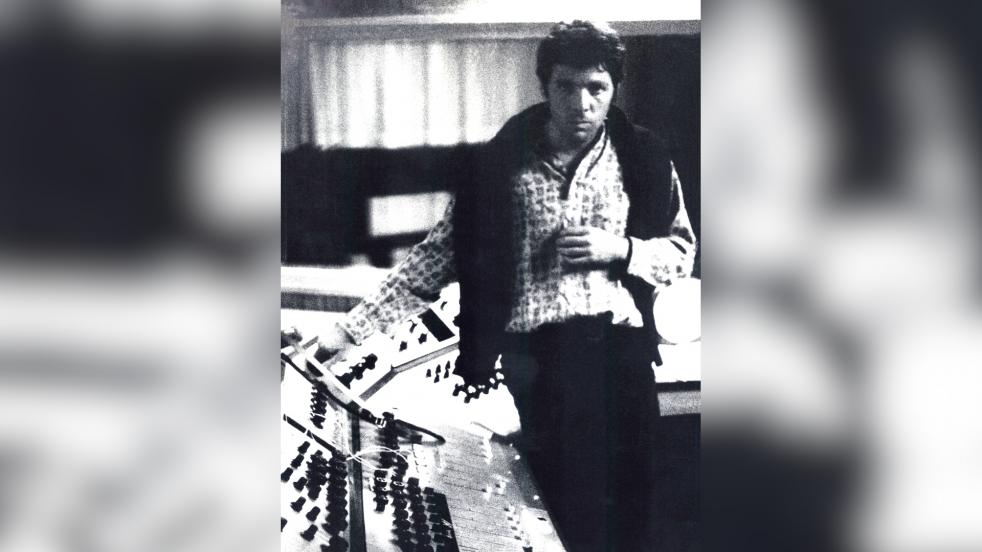 Both an extension of a career as a traveling musician and a wildly generous gesture for the artists of his time, Pierre Barouh gave an ideal tool to the avant-gardes of the dawn of the 1970s: the Saravah studio, accessible without restrictions of schedule or aesthetics. Back on this adventure thanks to the release of the compilation, Pierre Barouh And The Saravah Sound Jazz, Samba and other Hallucinatory Grooves.

Normaliens arriving at the dawn of May 68 repeated, half ironic half convinced, a lapidary precept of a professor from the rue d’Ulm raising his eyes to heaven saying “holy Coherence, pray for us”. Rarely has this saint, absent from the official calendar of the Catholic Church, been so present in a recording company as with this double album. Pierre Barouh and the Saravah Sound.

Because, often, the journalist or the digger marvels that the catalog of the Saravah label opens so many doors in so many directions: the libertarian song of Jacques Higelin, Brigitte Fontaine and Areski, the free jazz of the Art Ensemble of Chicago, the proto-rap of Alfred Panou, the nascent world music of Pierre Akendengué… And the compilations most often play on contrasts and twists to sum up the epic of this proudly adventurous label.

So here is Saint Coherence brushing against it with her salutary hand, underlining everything that unites these artists musically beyond the solar generosity of the founder of Saravah, the singer Pierre Barouh.

It is true that its stature is as much a novel as our finest collective musical memory, already with The bicycle, which he wrote to music by Francis Lai and which Yves Montand made a success for several generations.

A man and a woman

He prefers to create a label that looks like him, he who loves nothing more than sharing a good time, a good meal, a good bottle or a good song. He says he suffers from the “syndrome of the other shore”, which led him to Brazil when the French only go there to discover the fauna of the Amazon or to be forgotten by a judge. Barouh discovers there the bossa nova which has just been born and brings back the idea that the ideal song is there: tropical rhythm, jazz elegance, poetry comparable to that of the best titles of the Left Bank.

While working with his friend Claude Lelouch on A man and a womanhe created a small music publishing house which he baptized Saravah, like the thanksgiving launched ten or a hundred times in a samba composed by Baden Powell on a text by Vinicius de Moraes, which he adapted into French for try to tell the French what music is in Brazil.

A studio in Montmartre

So, when the money starts to flow, he decides to share by investing in a label and a studio. He joined forces with Fernand Boruso, who bought half the shares of the Ossian studio, passage des Abbesses, in Montmartre.

Barouh and Boruso lay down a principle: the musicians come when they want and play what they want as much as they want. Being innovative is the only condition. Between 1969 and 1972, a hundred albums will be recorded, between which are woven jubilant links, horizontal genealogies, instinctive proximities.

Thus, keyboardist Georges Rabol calls himself Georges Alexandre when he records with the free jazzmen of the Art Ensemble of Chicago (an ensemble with vague and moving contours, but regularly represented at Saravah by flautist Roscoe Mitchell, trumpeter Lester Bowie, bassist Malachi Favors…) behind soul singer Marva Broome, but also forms the Baroque Jazz Trio with cellist Jean-Charles Capon and drummer Philippe Combelle.

American musicians accompany Brigitte Fontaine in the brilliant Like on the radio as well as the Togolese actor Alfred Panou in the rebellious slam I am a savage. The actor Bachir Touré (creator of niggers by Jean Genet and pieces by Aimé Césaire) declaims fiery poetry on the mystical jazz of blind flautist and saxophonist Michel Roques – a meteor of French jazz. Roques and Capon meet again to noise and noiseurban and hallucinated exploration by Beatrice Arnac…

Because the Saravah sound of this period does not distinguish between the abundant imagination of the song written by Higelin, Fontaine or Barouh and the elaborate torrents of the Cohelmec Ensemble. But if we want freedom to be engraved in vinyl, can we refuse it in the studio? It’s all about experience and the artists feel free to play it safe – no obligation to release a shimmering single, no rush to complete four songs in one sitting…

A phalanstery perfectly in tune with the fervor and ambitions of the avant-garde at the dawn of the 1970s, the Saravah studio is one of the few places where the needs and desires of a vast family of artists have been met. consistently favorable for a few years. In retrospect, we hear a climax more often than a prelude in these two discs of fifty-year-old music. As if the place, the characters and the action had found a perfect – and too brief – coherence.

The dazzling freedoms of the Saravah studio by Pierre Barouh