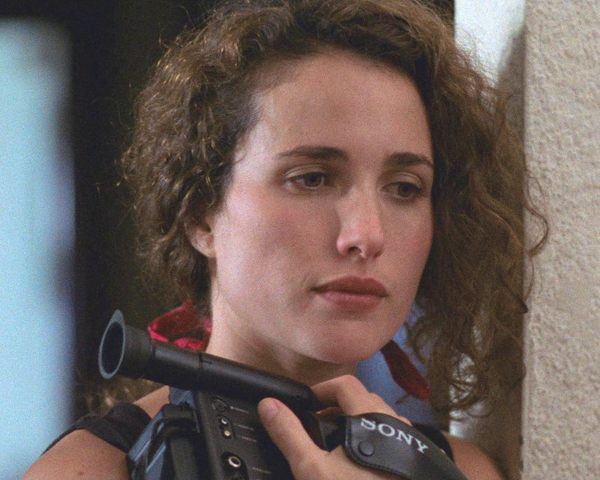 Graham Dalton has a strange secret: he collects videotapes of testimonials from women who confide their sex life to him. Returning to his hometown after a long absence, he reunites with an old friend who has “succeeded” and his wife. Graham’s arrival will disturb the couple and events will take an unexpected turn…

Filmed in Baton Rouge (Louisiana), hometown of Steven Soderbergh, Sex, lies and videoawarded at Cannes in 1989 with the Palme d’Or (thanks to Wim Wenders) and the Best Actor Award for James Spader, is an independent film which achieved unexpected worldwide success after being shown at the Sundance Film Festival. For his first feature film, the young author of documentaries will write, in eight days, a scenario in which he returns to a personal love experience while specifying that his film is only autobiographical in terms of the emotions experienced / provoked. but not at the level of his purely fictional plot in which he distributed in his four characters various facets of his own personality. The surprising title of Sex, lies and video, which will be retained by default, stems in part from a choice of research on lies, qualified as “social lubricant”, applied to the characters who have all reached a point of change in their existence. Ann (role planned for Elizabeth McGovern and finally held by Andie MacDowell), the most “meaningful”, will be the revealer of these changes. The various protagonists have a metaphorical nature: thus the “puritans” Ann and Graham (James Spader), affected by sexual disorders which bring them closer and capable of transforming their difficulties into a bulwark against lies, oppose Cynthia (Laura San Giacomo) and John (Peter Gallagher), the “debauchees” who sexually profit from their deception. For its part, the choice of video, therefore of voyeurism, expresses the distancing with the real lived, by proxy, by Graham. Steven Soderbergh’s instinctive production is based on his desire to avoid any camera bias, even if he skilfully plays with movements and tracking shots, in order to be able to give priority to the acting. According to its author (cf. bonus), the film is based on a mathematical rigor born of observation, and relevant borrowings: he quotes (cf. bonus) Five easy pieces (1970), The Last Picture Show (1971) and This so-called carnal pleasure (1971) as sources of inspiration. Sex, lies and video arrived at a time when the public was beginning to expect films made outside the system: this independent film was to materialize, with talent, the emergence of this trend. In a skilfully orchestrated almost behind closed doors, Steven Soderbergh masters with determination as much the setting and placement of his characters as the remarkable direction of his quartet of actors from whom he knows how to obtain the share of intimacy and mystery inherent in their characters. Sex, lies and video, far from the voyeur film that the title suggests, is a film that explores in depth, but mainly through words, the unfathomable psychological reality of human nature. It is also a major film devoting the emergence of the new independent American cinema. The edition of the Atelier d’Images, with its transfer to 4K media, is a world first to be welcomed and now constitutes, for this feature film, a technical reference that distances all other video releases, including blu-ray. included. All the supplements are also up to scratch, some of the essentials, borrowed from the 2018 Criterion edition, are now subtitled (audio commentary among others): a pleasure for film lovers to rediscover without delay. 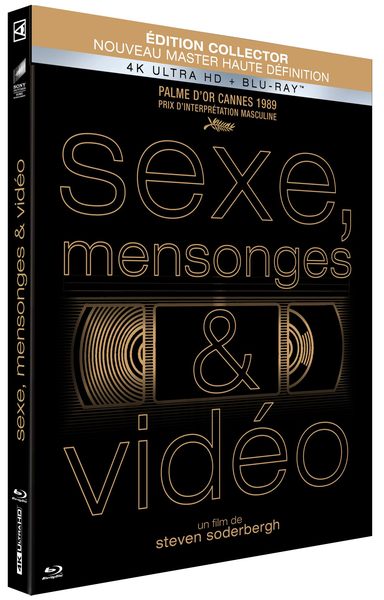 Picture : UHD copy, new Master restored from a 4K scan of the original negative supervised by the director, good overall definition, excellent sharpness but not exceptional, discrete homogeneous film texture (shooting in 35 mm with Panaflex cameras, Master Format 4K 2021) , clean image except for a few rare flaws, naturalistic contrast without excess, including in HDR, with low brightness and a certain lack of vigor in the lighting, warm color grading, naturalistic colorimetry with realistic nuanced tints on the flesh, nuanced tones, controlled compression