SYNOPSIS: On a rainy night, a young woman abandons her baby. He is illegally picked up by two men, determined to find him a new family. During an unusual and unexpected journey across the country, the destiny of those who meet this child will be profoundly changed.

4 years after his Palme d’Or for A family matter, Kore-Eda Hirokazu was back on the Croisette this year to present his new film: The lucky stars. His first film in Korean, with a Korean cast (but not his first foreign language film, remember the minor but pleasant The truth). Quite a challenge, but far from unknown territory for the Japanese director, who will once again tell us about a family, even more dysfunctional and fragmented than the others in his filmography… Drawing his inspiration from the “baby box” system, which allows young mothers to drop off babies they cannot/want to look after, The lucky stars will therefore start from this postulate to weave a reflection on this phenomenon more so taboo than that in Korea. Why abandon your child? Do we love him, and can we love him even if he is taken in by another family? And can we haggle over a child, put a price on his head to resell him to parents who want to buy one? These are extremely tough ethical questions, but Kore Eda manages to handle the dilemmas of its characters with enough finesse and empathy that we can understand, to some extent, their gestures and thoughts. By putting a pair of policewomen on the heels of a duo of thugs who want to sell the baby of a young prostitute who accompanies them, Kore Eda tilts his film into a more tense dimension, with a red thread that weakens the rest. 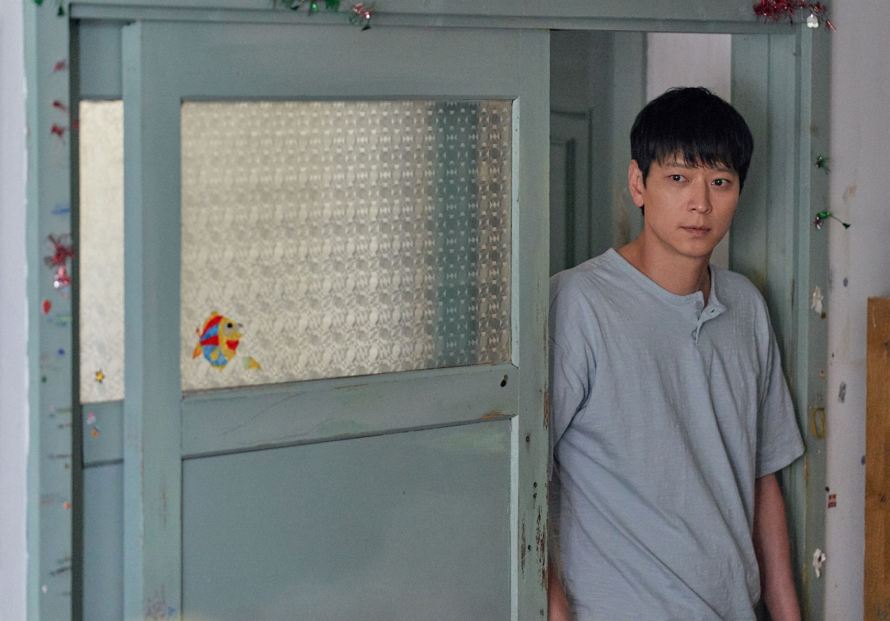 As if the story needed antagonists – which in the end are not so much, thanks to the performances of its actresses, including the always excellent Bae Doona. We understand the need to Kore Eda to have multiple perspectives on the subjects it deals with – and quite simply to remind the viewer of the utter illegality of what its protagonists are doing. But all this ends up weighing on the road movie which is not unpleasant to follow, with its more or less funny twists.

The staging of Kore Eda still proves to be just as effective in capturing the torments of its characters – we think back to this sublime scene between Bae Doona and her husband on the phone. Or at this moment of collective recognition when everyone says to himself that deep down, he is happy that the others were born. The problem is that the script is far too long and would have deserved ten minutes less. Result: without necessarily getting bored, we end up remaining unmoved by the many twists and turns and betrayals – it’s a shame, but more simplicity would have improved the whole.

We feel disappointed to have missed out on the emotion of The lucky starsbut let us at least grant Kore Eda the merit of having known how to transcend its casting and of having served a very sensitive subject with a golden platter, without misery or moral judgment. Even if we are far from the heights of his filmography, the trip still remains to be done to appreciate the know-how of one of the most fascinating Japanese directors of his time.