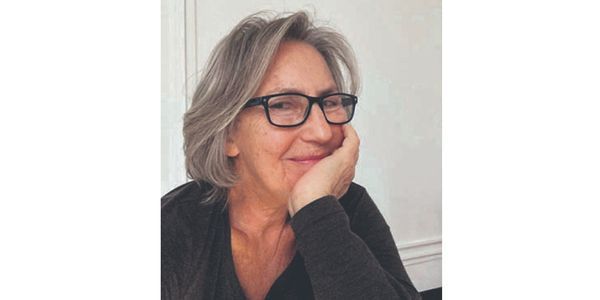 You know Jane Campion: even if you’re not an accomplished film buff, you surely haven’t forgotten The Piano Lesson, 1993 Palme d’Or at the Cannes Film Festival. Her work, of a romantic savagery, is marked by a taste for wide open spaces and singular female destinies. His screenplays are full of secrets and passions. Now showered with honours, Campion is an artist unlike anyone else. When we talk about her, we harp on: “first woman this, first woman that”.

Read also – “Animals at war”, the chronicle of Teresa Cremisi

She is, even without wanting it, one of the standard-bearers of feminism or rather of the artist freed from the clichés attached to her genre. Umpteenth prize two weeks ago for The Power of the Dog, a diverted western: the Critics’ Choice Award in Los Angeles. She goes up on the podium, stammers a few thanks, a few banalities. When she sees, molded in glamorous dresses, the Williams sisters, unequaled tennis champions, invited for a biopic in their glory, she pays them a compliment and tries a joke: “Venus and Serena you are wonderful [pause]… Even if you are not obliged, like me, to constantly fight against guys. »

The ceremony continues but the networks are unleashed and bring out the heavy artillery. “Who does she think she is? She is the daughter of a director and an actress, a genuine bourgeoise, isn’t she? Has she forgotten that she is white? How dare she? What can she understand from the feelings of a black woman and her struggles? What has she learned from intersectionality? »… and so on. The next day Jane Campion notes the extent of the damage and issues an apology statement.

What she replied to detractors

My words were those of a scatterbrain, I had no intention of diminishing the merits of two legendary athletes. The thing is, the Williams sisters have taken on men well on the court (and off it), both pushed down the barriers that hold women back, and helped open doors to a new possible world. I love them. Their exploits are titanic and inspiring. Serena and Venus, I apologize and wholeheartedly applaud you.

What she didn’t say (but could have said)

I don’t see why I should apologize. My life, my films should be enough to understand it. Well, it is true that my joke was not very funny and fell flat. I just wanted to say that in tennis, like in most sports, women compete against women and men against men and this is not the case in artistic careers. Even people with a very low intelligence quotient are able to understand that I had no intention of making fun of two black champions that I like very much.

I also wanted to point out that the lives of female filmmakers, my young colleagues, are often very difficult. Your activist culture ends up fooling you and even tramples the causes that are yours. If you don’t get it, no offense to intersectionality, well, fuck you.

We understand that Jane Campion did not hold this kind of speech and resigned herself to excuses: it is very difficult to face battalions armed with new virtues. We also understand that any explanation could have endangered his many Oscar nominations for this same film. And that no artist would risk that for counter comments or Twitter comments. By the way, the Oscars are today, March 27, 2022: fingers crossed, dear Jane. A word of advice: if, as we hope, you stand on the podium for the supreme prize tonight, speak as little as possible

“The joke”, the chronicle of Teresa Cremisi