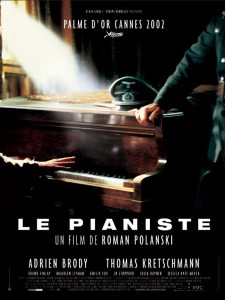 SYNOPSIS: During the Second World War, Wladyslaw Szpilman, a famous Polish Jewish pianist, escapes deportation but finds himself parked in the Warsaw ghetto whose sufferings, humiliations and heroic struggles he shares. He manages to escape and takes refuge in the ruins of the capital. A German officer, who appreciates his music, helps him and allows him to survive. Born in Poland in 1911, Wladyslaw Szpilman became a famous pianist and composer. He was hired in 1935 by the Polish state radio station but, like the other Jews in Poland, fell victim to Nazi anti-Semitism from the Nazi invasion in September 1939. He escaped death with the help of a German officer. In 1946, the virtuoso pianist published his memoirs under the title Mort de la ville.

1942, the Second World War is raging, the Nazis gradually seize the cities and regions of Europe, while suppressing the rights of the Jews. It is in the Warsaw Ghetto, the largest in Europe at that time, that we discover Wladyslaw Szpilman, a Polish radio celebrity, a renowned pianist. As he is about to be deported to the Treblinka extermination camp with his family, Wladyslawmanages to narrowly escape from the ghetto. He is hidden by Polish resistance fighters who regularly bring him enough to survive. The ghetto having become a real combat zone, he will hide as best he can. Passing from house to house, his condition will deteriorate, sick and terrified he will end up hiding in a small attic. He will be discovered by a German officer, Wilm Hosenfeld, who will take care of him. Until the end of the fighting and the arrival of Soviet troops, he will provide him with food secretly every day. 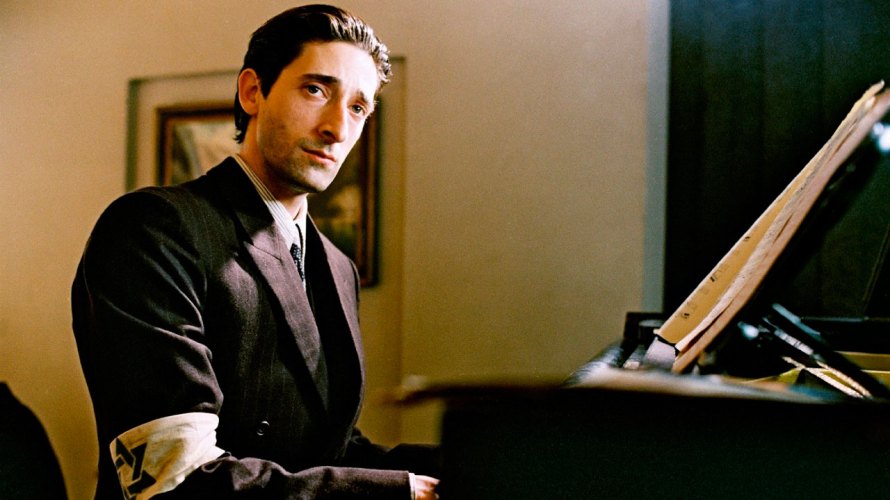 Based on the memoirs of Wladyslaw Szpilman, The pianist (title of his autobiography) was written immediately after the war. We feel that the author has not yet tamed all his emotions, the novel being quite distant and cold. The memoirs were also censored by the Polish government shortly after their original publication in 1946, finding it inconceivable to designate a German officer as savior and also unthinkable to present Poles as collaborators in the extermination of the Jews. His son, will succeed in having it published again in 1998. After the war, we learn that Szpilman stayed in Warsaw and worked all his life as a pianist. He died in this same city on July 6, 2000.

Adapted from this autobiographical text, the scenario of Ronald Harwood however, takes certain liberties with the story of Szpilman, but these seem necessary and justified by the demands of the film’s narrative. Director Roman Polansky who has always been fascinated by what happens to so-called “ordinary” people like the character of Jack Nicholson in Chinatown (1974) or that of mia farrow in Rosemary’s baby (1968), appreciates showing us its actors/actresses peeling their vanity until showing a face constrained by the horrors of humanity. The pianist Szpilmanis brilliantly performed by Adrian Brody, that we find more emaciated and destitute than in Bread And Roses (Ken Loach in 2000). His transformation from a suave pianist to a desperate man in a skeletal state fighting for survival is nothing short of exceptional. The performance of Thomas Kretschmann in the role of the music-loving German officer (Wilm Hosenfeld) is equally successful. Roman Polansky presents the story of Szpilman with cynicism and compassion, all against a backdrop of dark humor with ruthless objectivity. The fact of having lived a similar story surely inspired him, himself having escaped from the Krakow ghetto in 1943 after the death of his mother.

Like many films retracing part of the Holocaust, we discover all the violence of the Second World War, even if here, unlike many films, all the distress of a people passes through the eyes of a single man, visible in particular through the expressions of Szpilman. Here it is not a question of following the daily life of a fighter or a hero but of a survivor trying to face the horrors of the Holocaust, who would have died like many others without a helping hand from fate, lucky enough to come across a sympathetic German officer. The film will be a critical success and won the most prestigious awards, the Palme d’or at Cannes in 2002, a Goya, seven Césars and three Oscars. The pianist shows us the transcendent and unifying nature of music and art. But such deep wounds rarely heal, the consequences still remain so frightening. This film remains one of the best works of Polansky while also being the most touching.