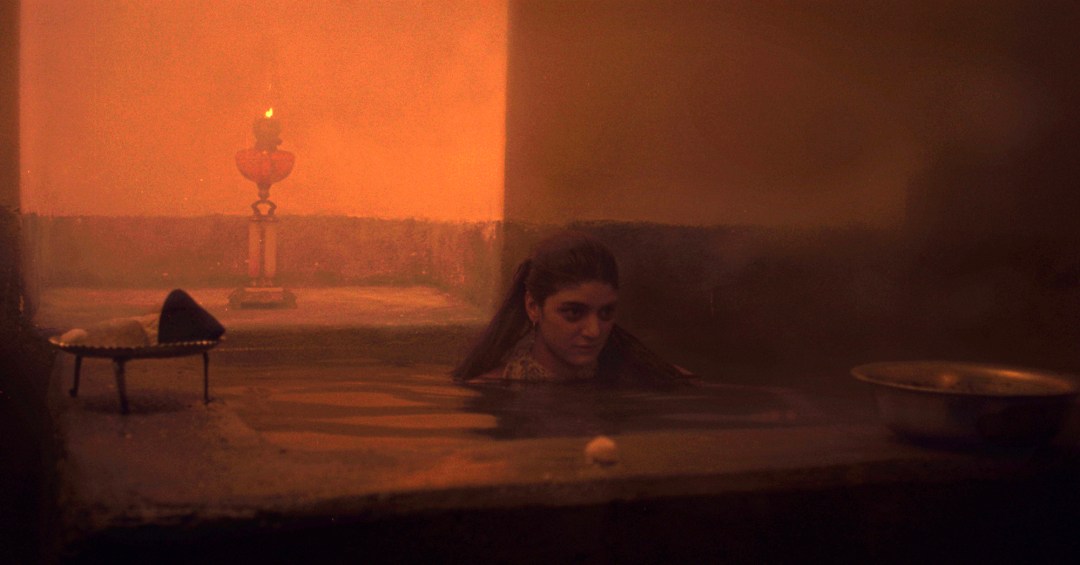 Every censored work from the outset, in essence, assumes a special status. The Chessboard of the Wind (1976) directed by Mohammad Reza Aslani is no exception to this rule. Presented in 2020 within the selection Cannes Classics, the Iranian film is quite astonishing and particularly captivating. To see on Cinema +.

In Iran, in the 1920s, Little Lady and Hadji fight a merciless internal war for the inheritance of Big Lady. Hadji Amou – the latter’s second husband – is misogynistic, violent, etc. Extracting money from Grande Dame for years, he intends to finish his work and recover his due. Little Lady is a pure product of the Qājār aristocracy, literate, intelligent, but completely psychically unstable. Around them gravitates an intriguing servant, Hadji’s two nephews who seem to work independently of their uncle.

Iranian cinema has always been well received in France. A César and Cannes awards for Asghar Farhadi, the Palme d’Or for The Taste of Cherry (1997) by Abbas Kiarostami. Some have even made films in French. This success has rarely been denied and remains current: Tehran law, The Devil does not exist, A hero, etc. Only, The Chessboard of the Wind is particular. The spectator can feel that this film is not a product completely intended for export. Without departing from universal themes – the bourgeoisie against the aristocracy, the patriarchal society, corruption – Aslani uses references specific to his country.

For example, Little Lady is not totally the product of a modern and quasi-revisionist projection of a feminist in 1920. In fact since the Persian constitutional revolution, in the upper strata of Iranian society, women were really cultured , and consequently escaped the coercion of knowledge by sharing its exercise. The servant is the counterpart of her mistress. From the people, intelligent, endowed with duplicity, but easily manipulated. For the director, it is the reflection of another part of Iran at the time.

The rhythm of The Chessboard of the Wind is also significant. Lascivious, sensual and suggestive, the cutting is combined with the visual proposal. The influence of photography is resolutely pictorial. The persistence of impressions and colors on the retina gives a hazy and static look to the feature film. To counterbalance the stasis, Aslani integrates amplitude in his realization, always in the slowness; camera movements are often on foot.

To finish, The Chessboard of the Wind is a pretty terrible fable about the elites of Iran. The petty merchant bourgeoisie and the high aristocracy are two sides of the same coin. Any intellectual, any notable or any powerful that they are, these characters bathe in the mediocrity of their feelings. The grotesque killing game is the symbol of the decay of a dynasty. The kind of ridiculous flail wielded by Little Lady refers to the original imposture, its illegitimate grant on a badly inherited leading position. The nihilistic conclusion of the film is a cold and limpid report on the putrescence of the race of the lords. The ruling class is an animal atrophied by fear, mired in impotence and hiding in the ground waiting to rot.