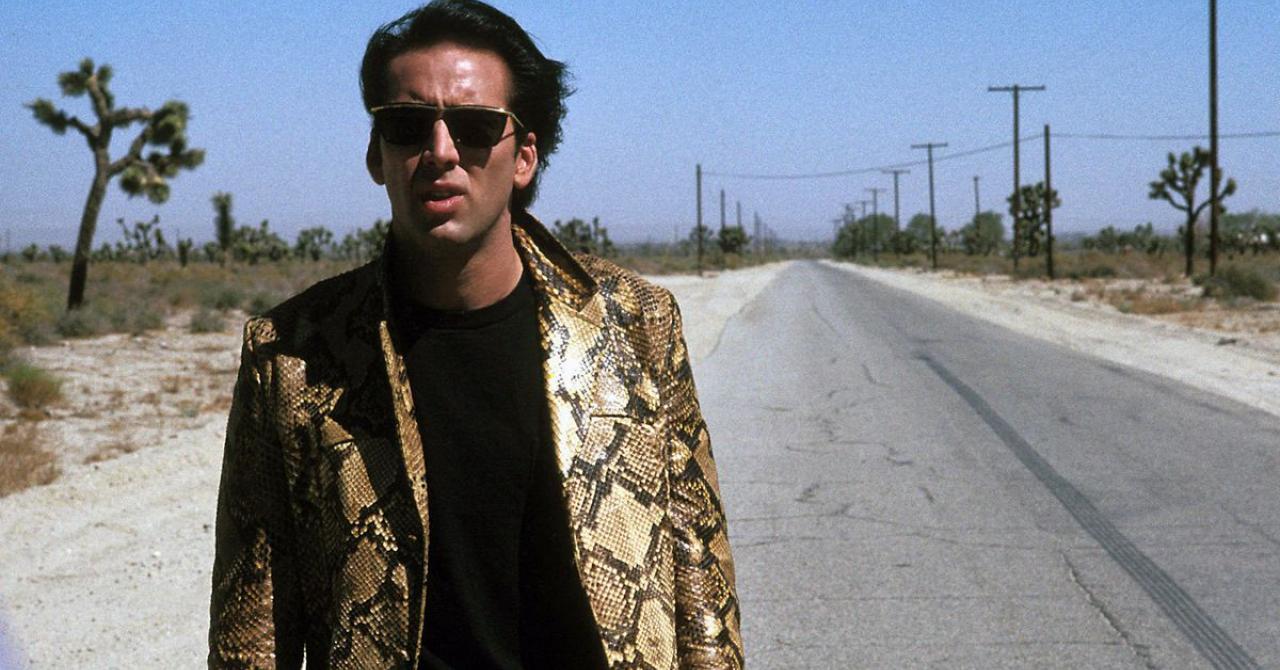 The 1990 Palme d’Or signed David Lynch is honored this evening by Place au cinema, presented by Dominique Besnehard, on France 5

Sailor and Lula depicts a couple on the run, trying to escape Lula’s psychopathic mother, opposing this mad love by all means. It was then the very first time that a novel by Barry Gifford (Wild at heart: The Story of Sailor & Lula, published the same year) is brought to the screen. And we owe it in part to Monty Montgomery, the producer of Twin Peaks who made David Lynch discover this book even before its publication when the latter had just finished filming the pilot of the series. On the cinema side, the filmmaker is then at a standstill, two of his projects – Ronnie Rocket and One Saliva Bubble – having been nipped in the bud by the bankruptcy of producer Dino de Laurentiis, his producer of Dunes, who developed them. But when Montgomery makes him read Wild at Heart: The Story of Sailor & Lula asking him if he would be ready to produce his adaptation that he would direct, he did not suspect for a moment that Lynch himself would fall for this story. Except that two days later, Lynch calls him back. Falling in love with the film, he explains to her that he wants to direct it himself and therefore gives up adapting the thriller from the 1940s on which he was working. He himself contacts Gifford to obtain his authorization and changes the end of the story which showed the separation of the couple in which he did not believe. Gifford agrees. And Sailor and Lula will know a magnificent destiny which will lead him to the Palme d’Or awarded by the jury of Bernardo Bertolucci in Cannes in 1990. Seven years later, Gifford will find Lynch again but as a co-screenwriter this time with the mythical Lost Highway which we just celebrated the 25th anniversary of the French release in January.

David Lynch has always had only two actors in mind to play Sailor and Lula: Nicolas Cage and Laura Dern (whose mother Diane Ladd, her mother in the city, plays the mother on screen). Two actors immediately involved in this adventure. Laura Dern thus suggested to Nicolas Cage that they both go on a weekend to Las Vegas to forge essential links in the creation of their characters. And it was Nicolas Cage who proposed to Lynch to wear this snakeskin jacket on screen, a tribute to the character of Marlon Brando in The Snakeskin Man, which belonged to him. A jacket that will become cult and that Cage will offer to his partner at the end of filming.

The music, as always with Lynch, plays an essential role in Sailor and Lula. The soundtrack composed by Angelo Baladamenti for his second collaboration with the filmmaker on the big screen after blue velvet. Interpretations of Elvis Presley hits by Nicolas Cage, including one unforgettable Love me tender. But also a hit that was to launch the career of its interpreter Chris Isaak: wicked game. Present in the album Heart Shaped World and released as a single the previous year to almost general indifference, its presence in an instrumental version in Sailor and Lula was going to change that. Lynch will make a clip himself to promote the soundtrack, before triumph obliges, the photographer Herb Ritts stages another, in black and white, where Isaak has the supermodel Helena Christensen as a partner and who will make the good times. from the MTV channel. We have since heard wicked game in several other films: The Disenchanted by Benoit Jacquot, Leaving normal by Edward Zwick or even family man by Brett Ratner starring a certain… Nicolas Cage.

Three things to know about… Sailor and Lula