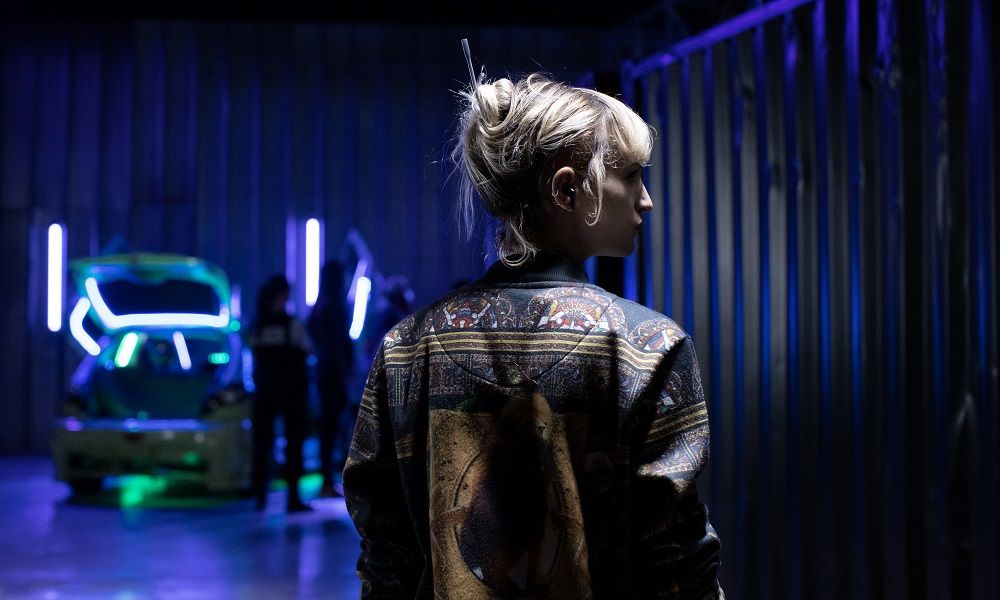 Last July, Julia Ducournau became only the second woman to receive the supreme award at the Cannes Film Festival. A prize that could not be more deserved for the French director, who has shaken French cinema since her debut. But TITANE is not a film that shakes things up. It takes everything in its path, and whatever you think of it, you are not likely to forget it.

We can say it, the second feature film by Julia Ducournau starts off on the floor. In the back of her father’s car, a little girl tries by all means to attract the attention of her father (Bertrand Bonello). Until the tragedy, a violent accident that sends the child to the hospital, where they save his life by sticking a titanium plate in his skull. The operation left her with a strange scar above her right ear, but above all gave rise to a rather extreme attraction to cars. Once she reaches adulthood, this young woman named Alexia (Agathe Rousselle, unknown before the film and completely demented) takes her androgynous figure to tuning parlors where she dances in very scanty clothing on the hoods of cars, becoming a object of desire like the others for the lustful gaze of the male audience present, a scene that is the subject of a technically stunning sequence shot.

But you shouldn’t be fooled by appearances: Alexia is not a pretty, fragile showgirl who corresponds to traditional patterns of femininity. She is actually a fearsome serial killer who eliminates her victims in a particularly piquant way, and who prefers to get laid with a fire truck than the firefighter himself. In other words, the first part of TITANE is wildly free, but it is not to be seen in front of everyone (the film is prohibited for children under 16). Reluctantly pregnant and wanted by the police, Alexia then crosses paths with Vincent (Vincent Lindon), the chief of a fire station, whose son (Adrien) has been missing for ten years. The heroine then improvises a radical physical transformation to pretend to be him, and Vincent believes in it. At the same time as Alexia changes genre, the film mutates in a spectacular way to depict the budding filial love between a father devastated by the loss of his son and a hybrid creature halfway between a machine and a human body. , who finally tastes the embryo of a loving family with this adoptive home.

The triumph of Julia Ducournau

If TITANE is such a difficult film to explain, it’s really because it’s unlike any other, and you have to experience it to be convinced. Of course, it can be linked to CRASH by David Cronenberg (1996), which also caused a lot of talk at Cannes, with its characters all exhilarated by car accidents. It’s no secret, moreover, that Julia Ducournau is an admirer of the Canadian director who is making a highly anticipated return to the Croisette this year, with LES CRIMES DU FUTUR (2022). But the way she approaches bodies and metal is much less cold than Cronenberg in CRASH: TITANE is a sensory and magnificently queer body horror film, but it should not be confined to genre cinema. As with the identity of her character, Julia Ducournau blurs the tracks and above all opens countless doors, by questioning toxic masculinity in turn (Vincent Lindon alone is worth the trip for his performance and his transformation into a bodybuilt and doped firefighter on steroids), the sexual objectification of the female body, filiation (blood family vs chosen family) or even the violence of pregnancy (whether intended or not). 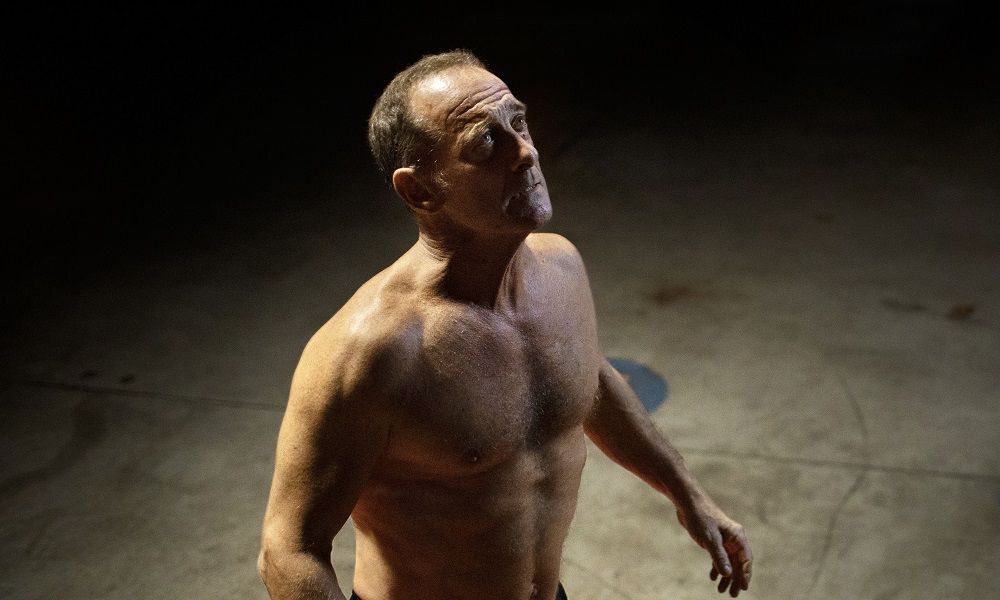 In some ways, she continues the work started with GRAVE (2016), her shocking first feature film which had already triggered strong reactions at festivals (including Cannes) by venturing into the realm of an absolute taboo, cannibalism. . We discovered on the poster Garance Marillier, who occupies a supporting role in TITANE, and who was already present in the first short film by Julia Ducournau, JUNIOR (2011), also presented at Cannes, as well as in MANGE, telefilm filmed by the director with Virgile Bramly for CANAL+ in 2012. Like TITANE, GRAVE and JUNIOR will also be visible on CANAL+ as part of a week devoted to “mutant cinema”, which will also give pride of place to the creative bubbling of films recent French genres such as the remarkable LA NUÉE (Just Philippot, 2021) and TEDDY (Ludovic Boukherma and Zoran Boukherma, 2021). When she went on stage to become the second woman after Jane Campion – for LA LESSON DE PIANO ex-aequo in 1993 – to win the Palme d’Or, Julia Ducournau delivered a very moving speech thanking the jury chaired by Spike Lee to “recognize with this award the avid and visceral need we have for a more inclusive and fluid world, to call for more diversity in our experiences in cinema and in our lives, and […] to let the monsters in”. We thank her.