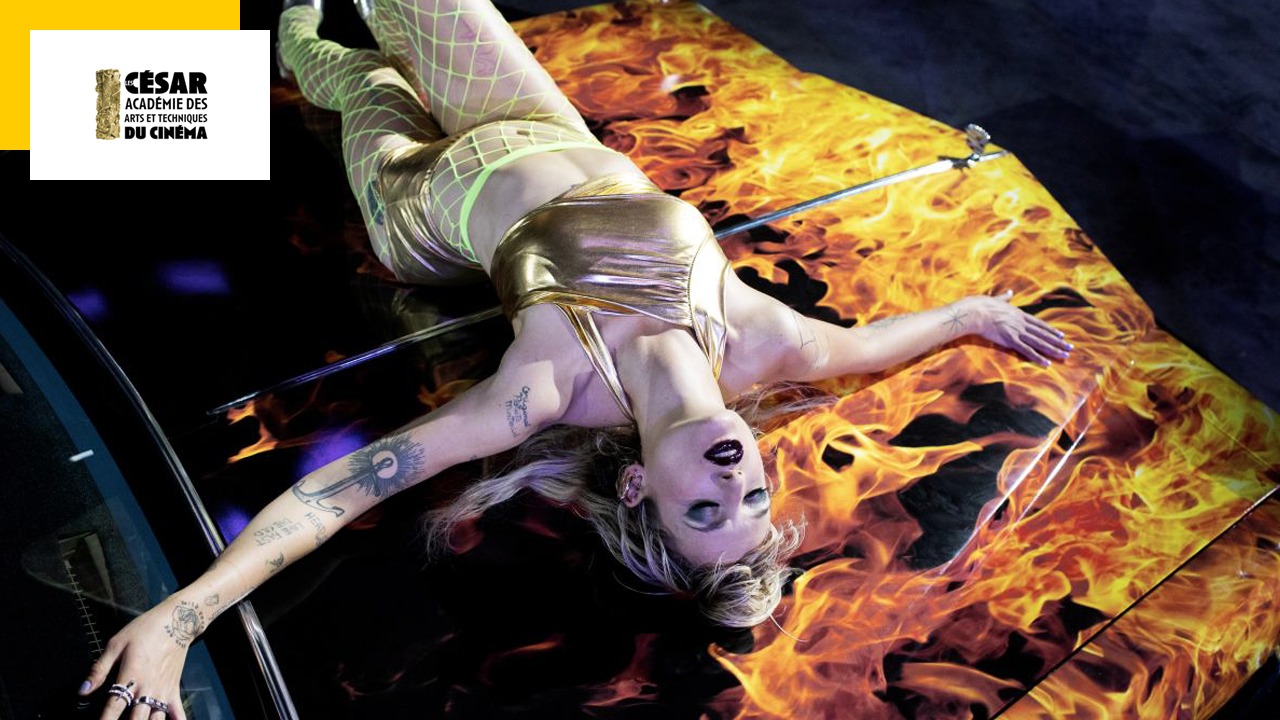 After its supreme consecration in Cannes, “Titane” by Julia Ducournau is nominated four times for the 47th Cesar ceremony, organized on February 25, but no mention in the “best film” category. A first for a French Palme d’Or.

“The monstrosity, which frightens some and which crosses my work, is a weapon and it is a force”. On the stage of the Grand Théâtre Louis-Lumière, on July 17, 2021, filmmaker Julia Ducournau is making history at the Cannes Film Festival. His film, Titane, won the Palme d’Or at the 74th edition. She becomes the second woman to receive the coveted prize, twenty-eight years after Jane Campion for The Piano Lesson.

The victory is all the more memorable as it rewards an extreme and visceral work. The jury, chaired by Spike Lee, thwarts the usual scenario of the awards and honors a transgressive cinema. This consecration changes the life of the director and allows France to shine, once again, internationally.

For the 47th César evening, organized on February 25, 2022, Titanium was nominated four times: best direction (Julia Ducournau), Best Female Hope (Agathe Rousselle), Best Cinematography (Ruben Impens) and Best Visual Effects (Martial Vallanchon). No nomination, however, for best picture. This is the first time since the creation of the ceremony that a French Palme d’Or has not been nominated in this category.

Obviously, the choice of a jury is not comparable to an electoral body like that of the Academy. In 2022, 4,363 registered voters were able to vote. Nevertheless, such an absence raises questions. Is Titane paying the price for its radicalism and the lack of recognition given to so-called “genre” films during award ceremonies?

“Whatever we think of Titanium, it is not justified”, regrets Arthur Harari, director of Onoda, 10,000 nights in the jungle, met at the lunch of the nominees on February 6th. Contacted by AlloCiné, Jean-Christophe Reymond, the producer of the film, does not expand on the subject: “It’s the ceremonial game, we accept it.”

For his part, François Cau, journalist for the magazine MadMoviesobserves “a form of resistance in the face of changing views” within the Academy: “We could observe, in 2020, a movement that could be described as conservative in the reward offered to Roman Polanski for a rather conventional film.”

He pursues : “I would tend to consider that Titanium in fact pays for its status as an object in “l’air du temps”, directed by a woman, speaking of transidentity in a light that has nothing to do with the so-called well-meaning miserabilism so reviled at the moment. It also pays its hybrid bill, neither quite a genre film nor quite an auteur film. What I consider to be a quality could be seen as a defect.”

Present at the luncheon of the nominees, Julia Ducournau pays little attention to this absence. Above all, she is delighted with the four nominations garnered by the film and underlines the talent ofAgathe Roussellelike that of its technical team: “I am particularly very happy for Ruben Impens, whose work for Titanium has been recognized internationally.” The Belgian cinematographer is nominated by the American Society of Cinematographers – an organization that honors cinematographers.

As it continues its journey around the world, the film continues to be celebrated. On March 15, the filmmaker is expected at the BAFTAs – the British equivalent of the Oscars. She was named in the “best production” category alongside another Frenchwoman, Audrey Diwan for L’Événement. “As soon as the announcement was made, we immediately called each other to congratulate each other”, says Julia Ducournau, filled, at the microphone of AlloCiné.

Here again, a historical fact: this is the first time that two French filmmakers have been nominated together in this category. Before them, the only French people to have been nominated for the BAFTAs are François Truffaut, Louis Malle, Roman Polanski, Jean-Pierre Jeunet and Michel Hazanavicius.

More than seven months after the Palme d’Or, Jean-Christophe Reymond takes stock of the career of Titanium : “As a producer, I took a lot of risks because I deeply believed in Julia’s talent and in the film she wanted to make. We were very hot in terms of production and we were lucky to be rewarded for it.”

Cannes 2021: why the Palme d’or for Titanium is a revolution

Faithful to the director since her short film Junior, he qualifies their collaboration “amazing adventure”: “It’s great to grow up and come this far together.” For the third feature film, currently in writing, he leaves his place to the producer of Grave. “We alternate in turn”, he adds.

Despite a few epiphenomena, François Cau regrets that the French industry is still struggling to understand genre cinema: “In a cynical time at will, it feels crazy to see a film in the first degree assumed, while leaving the road where it is impossible to know where the story is going.” He concludes : “I like the genre precisely because it is a vector of freedom, it does not fit into boxes and allows almost everything. And that, Julia Ducournau understood it very well.”

Interview, in Paris, by Thomas Desroches.

Titanium is available on DVD, Blu-ray and VOD.

The 47th Cesar ceremony will be held at the Olympia on February 25, 2022 and will be transcribed, unencrypted, on CANAL +.

Titanium: why is the Palme d’Or not nominated for the César for best film?