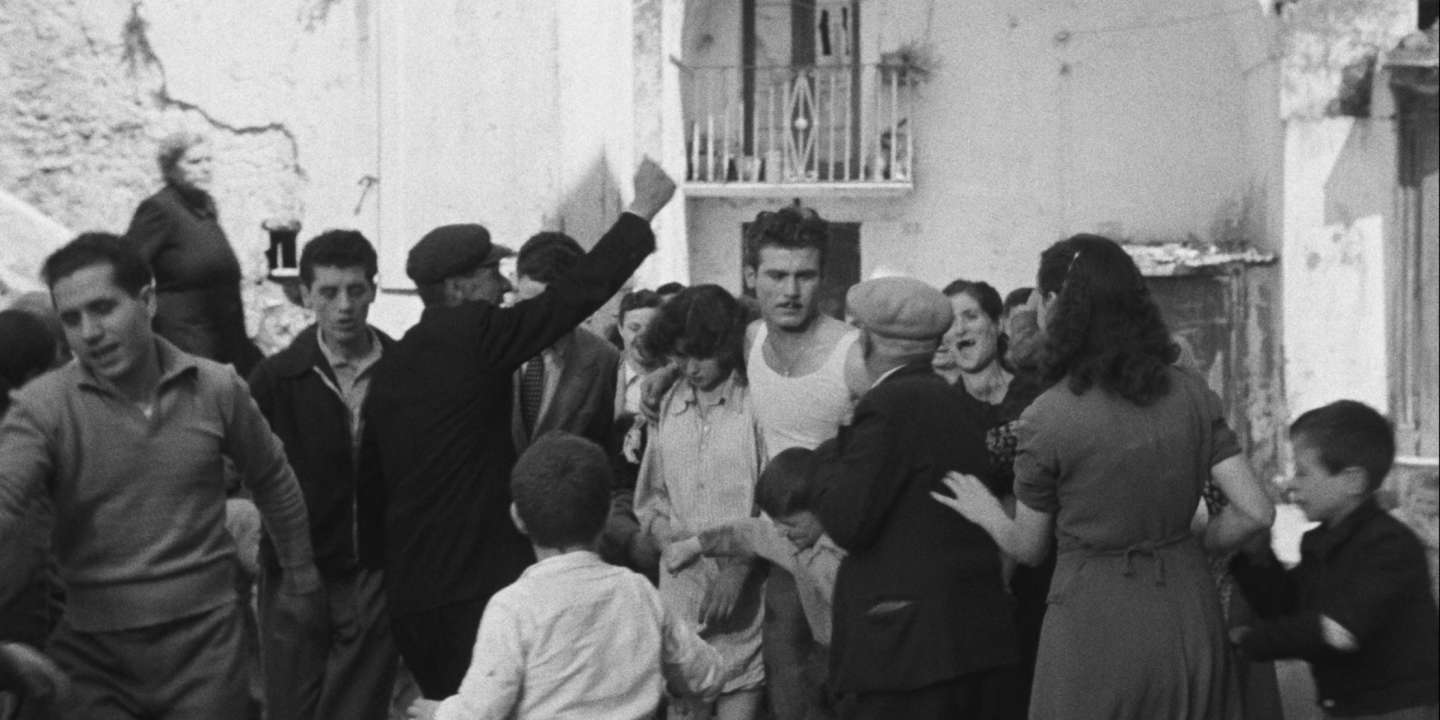 Within an Italian cinema of which we know the prodigality, the work of Renato Castellani does not occupy, seen from this side of the Alps, a very visible place. It was initiated during the Second World War in the ranks of the calligraphic movement (a very sophisticated cinema of adaptation and reconstruction, which distances itself from fascistic aesthetics). From 1948, with Under the sun of Romehe branched off into more trivial subjects, tuned into neorealism. two pennies of hopeproduced in 1952, is a good example of what has been called the “pink” side of this current, tinged with humor and sentimentality, and won the Palme d’Or at the Cannes Film Festival, tied with othelloby Orson Welles.

The film seals Castellani’s encounter with southern misery. It is shot in Cusano, a village near Naples, with the people of the village and unknown actors. Vincenzo Musolino, who plays the main role, is a Calabrian fisherman who met the director during his military service in Venice and whose personal story inspires the filmmaker. Maria Fiore, his female partner, is a very young beginner. The film opens with Antonio’s return to his village, after a year of military service, where a toothless and tragic mother, dependent sisters and endemic unemployment await him. If Castellani does justice to the pangs of the darkest misery, he strives at the same time to attenuate them by humor and the picturesque.

Back from the army, the dashing Antonio sees his family, mother and sisters in need, falling on him. At the same time as Carmela, whose father is the village artificer, a handsome little girl, magnificent with amorous spontaneity and deleterious jealousy, who has set her sights on him. That’s a lot for one man. In addition to being the breadwinner, Antonio must also consider getting into the good graces of Carmela’s father. He therefore had to get away from the gates of the Church where the sun warmed the clusters of young people waiting for a job. He will alternately be a lemonade maker, bus driver, sexton, paster of posters for the Communist Party, courier, blood donor… He will be, as many times as necessary, fired from these activities, for very bad reasons related to the incompetence, the discord and the prejudices that rot the morals of the country, as much as the unreasonable interventions of his fiancée.

On the side of Pasquale, the artificer, the situation is no better. Carmela’s father turns out to be temperamental and pretentious, quick to humiliate his neighbour, especially when he covets his daughter’s hand. It is therefore to an unbearable litany of community subordinations that Antonio will have to react. We do not know if Castellani was an admirer of Marcel Duchamp, his end is in any case very beautiful, which looks like a carnal projection of the mechanical and conceptual device designed by the artist under the title The Bride laid bare by her very bachelors.

You have 3.52% of this article left to read. The following is for subscribers only.

“Two pennies of hope”: a picturesque look at Calabrian misery