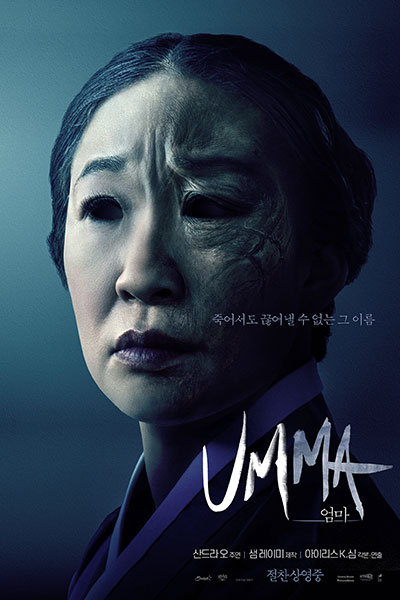 Horror movies are on the rise. Last year the French film “Titane” won the Cannes Palme d’Or. And as David Cronenberg, a specialist in the genre said: it’s a new page that opens for horror in cinema. The film “Umma” by Iris Shim, an American of Korean origin, therefore attempts to mix the old spirits of Korean cinematographic tradition with modern horror thanks to its producer who is none other than the famous Sam Raimi. Known, among other things, for “Evil Dead” and the cult series “Ash versus Evil Dead”. Let’s see what the result is. 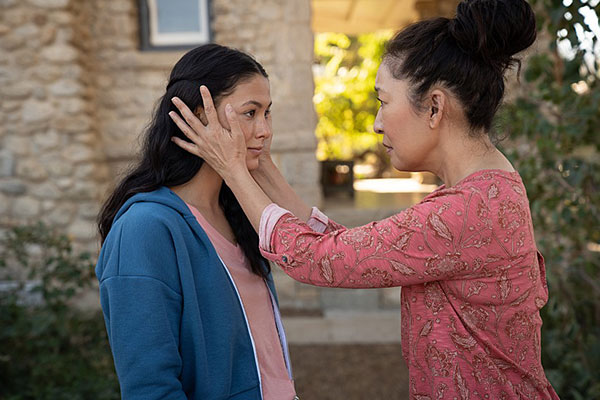 * Spirit when you hold us

The plot of “Umma” is very simple: a Korean immigrant girl, played by Sandra Oh, lives as a recluse with her daughter on a bee farm. The two women make honey but seem tortured by a family secret. Little by little (the film is slow), we understand that the mother has a phobia of electricity. As a result, her daughter experiences a first horrific situation: she cannot use a cell phone, or even watch reality TV masterpieces. In short, she is on the verge of depression. And when she applies for a university, it is the family drama. Will she be able to make friends on campus? Will she be able to abandon her mother to her hives in this lost hole? He has to break through his mother’s trauma. In fact, this one is haunted by the memory of her own mother; a stepmother who tortured her with electrocutions. Her ghost in Hanbok comes to haunt the house. It’s horrible for the bees who no longer make honey. Eventually, unsurprisingly, everyone will be reconciled in this world and beyond. 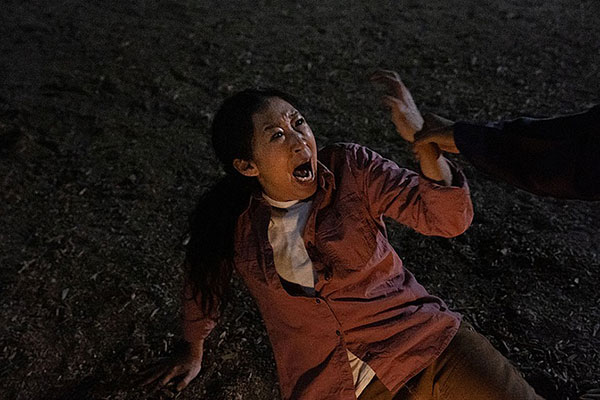 Watching “Umma”, one first thinks of “Minari”, the famous film by an American of Korean origin too, Isaac Chung, and its story of the upset identity of migrants. The desert landscapes where the action takes place go in this direction. Then comes to mind a recent and excellent horror film “Fresh”. The successful bet of “Fresh” is to make horror without too much blood or violence. It’s all in the situation (a cannibal seducer and maiden meat seller). If the film can do without one of the three ingredients of horror (surprise, disgust, pain) it is because it is a metaphor for the condition of women. Unfortunately, this is not the case with “Umma”. Its lack of a horrific situation surprises and does not correspond to its producer. Sam Raimi is indeed known for his bloody, gory and borderline Grand Guignol special effects. It then becomes clear that young director Iris Shim’s mistake is to rely too much on the old effects of the ghost films of her childhood. 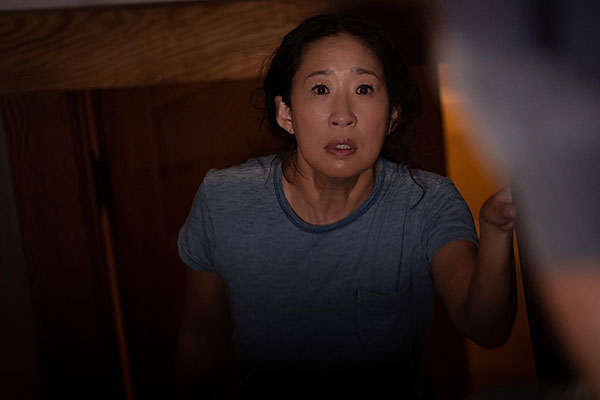 South Korean cinema has had a long string of ghost films. They were based on the traditional belief of the survival of spirits somewhere in the sky or in nirvana etc. If the spirits of the ancestors are not respected by the living, watch out for the bad wolf. In the film, it is a pretty nine-tailed vixen, often attributed to female vengeful spirits. In short, the plot plays on this tradition: will you end up forgiving the stepmother and giving her a descent burial with all due respect (even if she is hated). The two heroines do not believe it at first, but in an illogical reversal, end up burying the ashes of the mother and grandmother in traditional costumes. It must be said that the only interesting plan of the film, probably concocted by Sam Raimi himself, happened there: we see Sandra Oh being swallowed by the earth then spitting out under a threatening full moon. This will be the visual highlight of the film which has few. It is therefore the fear of being swallowed up by the earth that convinces the two women to comply with tradition; that said, the young woman takes her clicks and clacks, and leaves to live her life on campus, far from traditional phantoms. Moreover, the key moment of the plot is when she slaps her mother, something almost impossible in a film produced by Koreans. 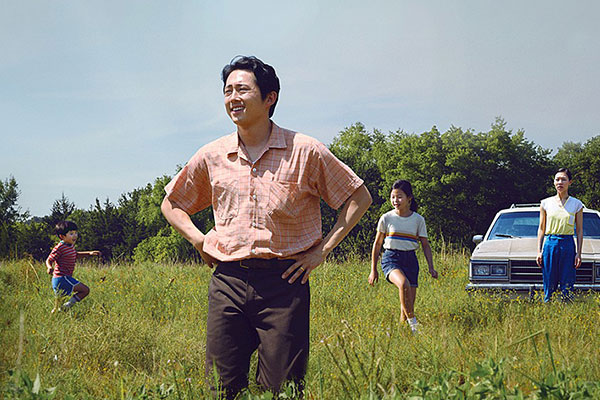 There is a real Korean-American cinema as this film by Shim or that by Chung shows. It’s neither Korean cinema nor American cinema, it’s something else, a migrant culture that expresses itself in all its contradictions. Before them, there had been John Lee or even Michael Kang and Kim So-young. The young Iris Shim explains very well that in the tradition of her family settled in Chicago, working in the arts was not well regarded. So she did psychology in college before turning to documentaries. “The House of Suh” his first documentary is marked by the psychological approach. But after a trip to the film department of Columbia University in New York, she became an assistant to American director Martin Campbell on “The Foreigner” with Jackie Chan. Suddenly, his family has renewed relations with the young woman. Jackie Chan works miracles, it’s known. In short, we hope that if Sam Raimi is interested in Korea, he will give birth to something stronger next time.

Umma: spirit are you there?