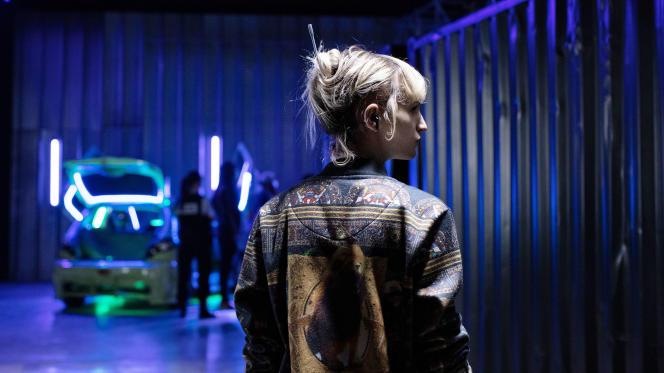 As the 75th edition of the festival is about to kick off, we already have a bitter taste in our mouths.

Oh, canes. Its Croisette, its red carpet, its designer dresses, its praise at the cinema. It’s nice. What a dream.

Unfortunately, beneath the glamorous veneer of the most important cinema event in the world, lies, against all odds, sexism.

Historically, very few women directors walk the famous red carpet. All in all, moreover, only two women have received the ultimate consecration of the Cannes Film Festival: the Palme d’Or.

The first was Jane Campion, in 1993, for her splendid The Piano Lesson (today considered problematic by many feminists). It will then have been necessary to wait 28 years for a director to win the Cannes Palme d’Or again, in the person of Julia Ducournau (for her film Titanium).

The academies governing the major international competitions being populated by crumbling old people who are determined to keep to themselves, the circle of women crowned for their work as directors has therefore long been very closed. And continues to be.

Indeed, this year, the 75th edition of the Cannes Film Festival has resolutely shunned its directors. Of the 18 films selected, only 3 were directed by women: The Almond Trees by Valeria Bruni-Tedeschi, Showing-up by Kelly Reichardt and Stars at Noon by Claire Denis. Nothing new under the sun, then. And that’s what’s a bit disheartening.

For the rest of the films, we note the eternal presence of the Dardenne brothers, Arnaud Desplechin or even Kore-eda, whose rise in the stairs is definitely legion.

Sadly ironic when you know that it was precisely women who pioneered Hollywood in the 1910sas Julia Kuperberg, director of And woman created Hollywoodin an interview given to Telerama :

“We then discovered that Hollywood was built largely by women. In the 1910s and 1920s, they were editors, producers, directors, scriptwriters and even, for some, studio bosses! At the time, these women were extremely powerful. »

Meanwhile, the patriarchy has been there, and hastened to pull the blanket. But that was without counting on feminist movements – especially after #MeToo, born in the world of cinema – which, by dint of pedagogy, revolts and mutual aid, have been able to raise awareness and move the lines.

Cannes 2022: the embarrassing imbroglio of Thierry Frémaux for Deadline

Moreover, this year there is a new pebble in the shoes of the progressive image that the festival is trying to give itself. Indeed, Deadline revealed that the festival would have tried to censor one of its interviews.

Deadline is an American magazine specializing in entertainment. Cinema, television, nothing escapes the radar of its journalists, who come from all the festivals.

Thereby, Deadline was able to speak, ahead of Cannes 2022, with its managing director: Thierry Frémaux. The magazine explained in an article on its site, in the interests of absolute transparency with its readership, that the festival had censored its interview:

After promising not to make any edits, Frémaux’s sensitive responses on diversity and controversial directors were removed.

And to continue, about a potential host of Polanski at the festival, in the future:

Frémaux found our question very interesting and gave a nuanced, thorough but also potentially problematic answer, in which he pointed out that the laws in France have not changed since Polanski won the Palme d’Or, under- hearing that there would be no ethical problem in welcoming the director.

The one who said: “The fact that Cannes does not compromise with political correctness is a treasure to be cherished” therefore did not hesitate not to exclude a potential return of a notorious sexual predator, thus walking cheerfully on the victims of the latter in the name of the sacrosanct differentiation between man and artist.

In short, if the Cannes festival makes us many bows so that we adulate it again and again, it would be for him to really kick in the anthill.

After 10 years, Diam’s is back… at the Cannes Film Festival, for a documentary

Featured photo credit: poster for the 75th edition of the Cannes Film Festival