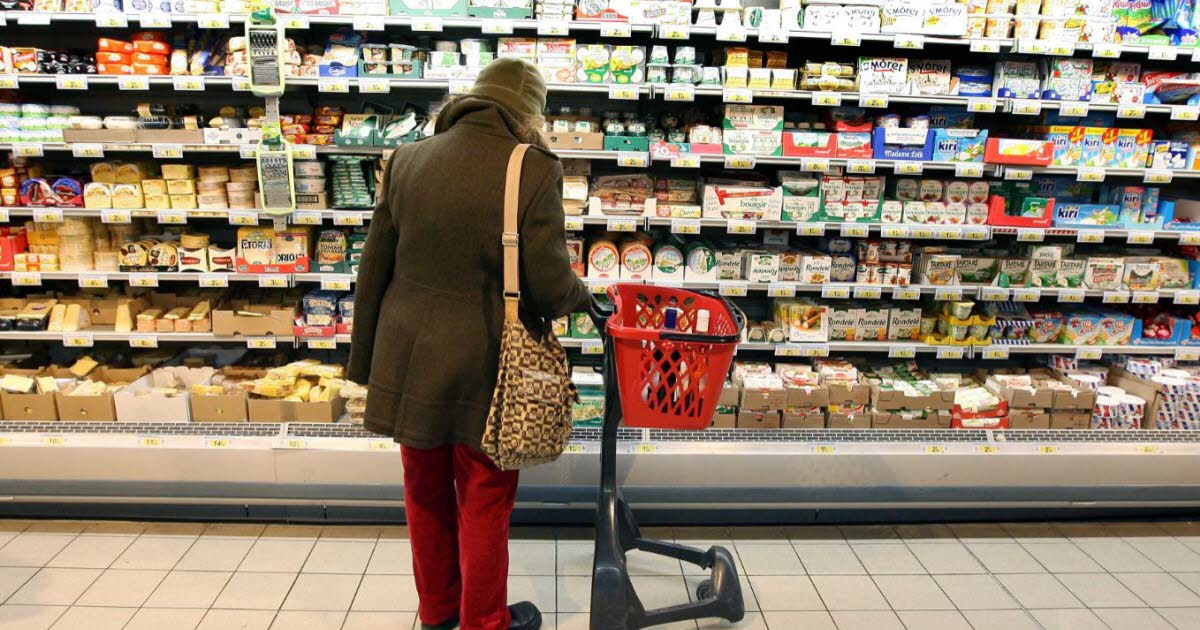 Could French consumers, in the weeks to come, buy products based on genetically modified organisms or palm oil without knowing it, and this because of the war in Ukraine? This is the alert launched this Friday by the NGO Foodwatch, which indicates in a statement that as a result of the conflict “the sunflower which is used in the composition of many foods no longer reaches us, in France as elsewhere”.

For good reason: “Ukraine is the world’s leading producer of sunflower, which is used to make oils or cakes to feed animals,” Thierry Pouch, economist head of the studies and forecasts department of the Permanent Assembly of Chambers, told us recently. of Agriculture. “Europe and France are two-thirds dependent on imports of sunflower oil from Ukraine and Russia,” says Foodwatch.

Faced with this looming Ukrainian sunflower shortage, “manufacturers are therefore turning to substitute ingredients, such as rapeseed oil, palm oil and GMO soybean cake from Latin America”. And this without considering changing the composition labels of their products. “Meetings are currently taking place at the Ministry of the Economy on the subject and thousands of derogations are pending,” explains Camille Dorioz, Foodwatch’s campaign manager.

“A gap between what is sold and the truth behind it”

Fries, crisps, margarine, ready meals, baby food or biscuits… Ukrainian sunflower oil is essential in the composition of many products consumed by French consumers. Processed foods in which sunflower oil could quickly be replaced by palm oil. Despite its environmental impact, “turning to palm oil is easy,” says Camille Dorioz. It is not expensive and it is now produced in large quantities, in areas that are not sensitive, at war”.

The sunflower produced in Ukraine is also key to feeding farm animals in France. However, with the war, “we will certainly not have enough”, explains the campaign manager of the NGO. “So what are we going to turn to? The cheapest meal on the market, namely GMO soybean meal from South America”.

Here again, the derogations requested by manufacturers will allow, for example, the sale of chicken or pork fed with GMO meal even if the product packaging specifically indicates that the animal has not eaten genetically modified organisms when he was alive.

That’s what we’re pointing at. There’s going to be a disconnect between what’s being sold to the consumer and the truth behind it.

Posters, stickers… “Consumers must be informed”

The head of the NGO’s campaigns ensures that Foodwatch does not fight against the substitution of sunflower oil by palm oil. “We are not at all denouncing the fact that there are these changes, they are understandable” in view of the current crisis, he believes. On the other hand, Foodwatch pleads for transparent information:

We ask that consumers be informed of these changes at the time of their purchases. Because many French people do not want to consume palm oil. The purchases of products without palm oil or without GMOs are made in a process, with conscience. If consumers are not informed, there will be a complete breakdown of trust.

Foodwatch thus claims that online or directly in stores, the change of recipe is clearly indicated, whether with “shelf posters, stickers on the products or information online when you buy via a drive”, specifies Camille Dorioz.

What are the criteria for these derogations?

The NGO also calls not to repeat the errors of the first confinement, during which changes in recipes and derogations had been validated “without any consumer information”. Regarding the replacement of sunflower oil, “the derogations must be precise in duration and precise on the justification so that manufacturers do not take advantage of the crisis to make this type of change for their profit”, indicates the manager. Foodwatch campaign.

Some manufacturers claim to have solutions so as not to modify their recipes for the time being, such as McCain, which has three factories in France and which “uses 100% sunflower oil” for the manufacture of its fries. . “In the short term, we were able to find solutions. We are covered, with volumes corresponding to our usual needs, but the prices have increased enormously,” Christine Delepierre, director of Corporate Europe communications, told AFP. “A priori, our industrialists are covered in oil, at least until this summer”, added for his part Bertrand Ouillon, general delegate of the French Interprofession of the valorization of the potato (UGPT), citing in particular availability of rapeseed oil.

The government has all the same recently confirmed that certain manufacturers have asked for “flexibility” on the rules concerning labeling. “This is a subject on which we continue to work with consumer associations and professional federations” to define the criteria for such exemptions, a government source told Agence France Presse on Thursday.

For the time being, none of the thousands of derogations requested by the food industry has been validated. But “it’s moving fast because the supply problems are approaching quickly”, adds Camille Dorioz, who specifies that the first derogations should arrive “by the current of next week”.

In the meantime, Foodwatch has launched a petition for all players in the food industry, large firms such as Nestlé, Danonce, Avril, and distributors, from E.Leclerc to Carrefour via Monoprix. The goal: “That manufacturers and distributors undertake to inform us clearly on the shelves and online, for each product, transparently and without delay. »

War in Ukraine. Shortage of sunflower oil: soon palm oil and GMOs hidden in our food?