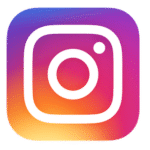 A lot of waste produced and still too little recycling: Luxembourg still has a long way to go in recycling its waste. However, he is not the worst student in the Greater Region…

” The best waste is still that which we do not produce”. This adage, which sounds like a booster shot in Luxembourg, is like a real sermon in France. And for good reason: in a report published on Tuesday, September 27, the French Court of Auditors scrutinizes public policies for the management of household waste.

Insufficient prevention campaigns to raise public awareness, incineration still too high (35% of household waste is still burned today in France) or recycling rate far too low (44%, against 47% for the European average): bad habits persist in France and if the will is there, the facts are still awaited.

If France is criticized for being behind on its waste reduction and recovery targets, it is not the country to produce the most per capita. And for good reason, in the Greater Region the palme d’or (or rather the “golden trash can” in this case) goes to the Luxemburg with 790 kg of waste per year and per inhabitant.

An impressive and far from flattering number revealed by Eurostat, the Statistical Office of the European Union last February (based on the latest available data from 2020). In this ranking, only Denmark did better (or worse, it depends), with 845 kg of household waste produced annually per inhabitant.

Among our neighbours, the figures vary: between 632 kg for a German, 537 kg for a Frenchman and only ” 416 kg for a Belgian, knowing that the European average is 505 kg. Eurostat also specified that in the Greater Region, only Belgium had seen the weight of waste generated per inhabitant decrease since 1995 (-9%).

Read What do you do on a daily basis for your environment?

Knowing how to recycle: the real challenge

That a country produces a lot of waste is one thing, that it knows how to transform it into “resources” by recycling it on a large scale is another, much more decisive.

And in this little game, Luxembourg, although the second European producer of waste per inhabitant, is not the worst student, unlike precisely France. In the Grand Duchy, 418 kg of waste on the 790 kg produced annually per individual could be recycled in 2020, i.e. still 53%.

In Franceif the sages of the Court of Auditors estimate that nearly 80% of the contents of the black (or gray or purple, depending on the region) bin intended for household waste could be recovered, the results are far from the expectations with a recycling rate of only between 42 and 44%.

” The French objective of reducing waste production by 15% by 2030 could be achievable, but only if it were more sorted and directed towards treatment channels. However, at present, they are essentially incinerated or landfilled “, regret the authors of the report of the Court.

With a 54% waste recycling rate, Belgium does much better than France but still remains below the neighbor across the Rhine: Germany proudly boasts a recycling rate of 67% (still based on the latest available data from 2020).

Evolution of mentalities, change of habits, redoubled efforts of the public authorities… whatever the levers of intervention, the margin of progress remains in any case still considerable.

Read Sorting your waste in Luxembourg: how does it work?

Read Plastic packaging, waste; regulations are getting tougher in Luxembourg

Waste: we throw away big in Luxembourg | The border workers