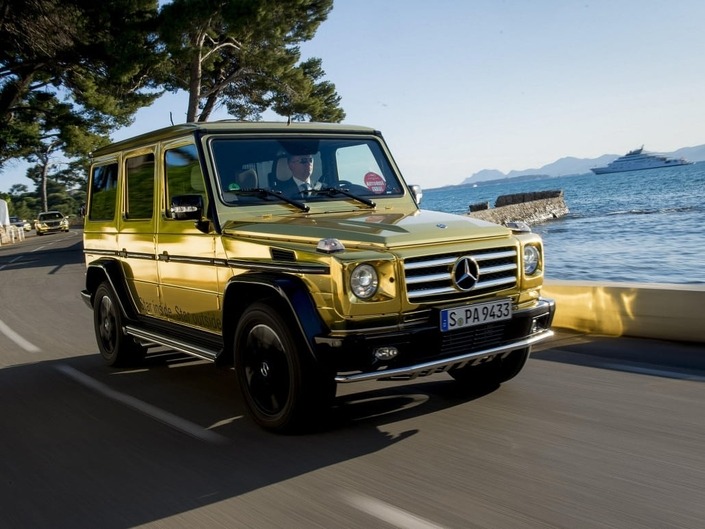 The Cannes Film Festival is a three-in-one event. On the one hand, the Croisette hosts each year during the fortnight of May the most important professional cinema trade fair in the world, where dealent number of films, from their production to their distribution. On the other hand, the festival is the world championship of auteur cinema and most of the films retained and awarded in its various selections would never have known significant international distribution without theimprimatur Cannes.

But Cannes is also the tip of the iceberg, which is not the most important, but the most visible to the general public, the most bling-bling and the most publicized: those of the stars, not always of the cinema , that of the palaces too and of the rise of the steps.

The Stuttgart star wants to shine on the Croisette

Obviously, when Mercedes insisted on showing up there in 2012, it was this last facet that the German brand retained. Sponsoring the biggest festival in the world is in itself a good idea. The images of the climbs of the steps go around the planet and in Stuttgart, that year, we are well aware of it. Become an official valet and lug the stars to the foot of the Palais des Festivals? Impossible: Renault has the contract well in hand and it only released it after 40 years since it has just given way to BMW.

So in the German communication department, we brainstormed. Here, there is a parallel event, on the sidelines of the festival which is held in Cannes at the same time, just to take advantage of the stars present. Why not slip into it? This is the traditional gala of amFAR, an American foundation that raises funds to fight against AIDS. It was held that year at the Hotel Eden Roc, the famous palace on the Cap d’Antibes, not far from the Croisette. Banco, specially prepared Mercedes will pick up the guests at the Palais des Festivals to drive them until the evening.

It is perhaps on the term “primed” that the department specialized in the preparation of cars was somewhat mistaken. Or rather, he applied it with a little too much zeal. Because at the time of the 2012 festival, it was not traditional black sedans marked with the star that landed in Cannes, but 6-meter S-Class limousines and imposing G-Class entirely repainted in a gleaming gold color. Why such a color and such crews absolutely did you see me? The brand justified itself by explaining that it wanted to promote its most high-end models and that the color was that of the palme d’or, quite simply. Mercedes also took the opportunity to launch a special series of its 630hp SL 65 AMG.

But if the Cannes Mercedes are golden like the palm, certainly in 75% gold, the latter is only 18 cm high and not 6 m long. On the chimney of the very austere Austrian filmmaker Michael Hanneke who won it that year for his film on the end of life Loveit must not have produced exactly the same bling-bling effect as the fleet of a dozen golden carriages that were shuttling on the Croisette at the same time.

Mercedes has therefore, to say the least, attracted attention. That of the public present at the festival, of course, but also that of the media who let loose on occasion, reproaching the brand, in addition to appearing in glitter mode in front of the holy of holies of cinema, of enjoying a charity operation and the fight against AIDS to do so. Since then, the brand has changed its focus and its sponsorship, sponsoring the association Mécénat Chirurgie Cardiaque for example, or the museum dedicated to the painter Pierre Bonnard in Le Cannet. At the latest news, no golden car has been reported in front of the establishment.

When Mercedes, all in gilding, tried the adventure of the Cannes festival