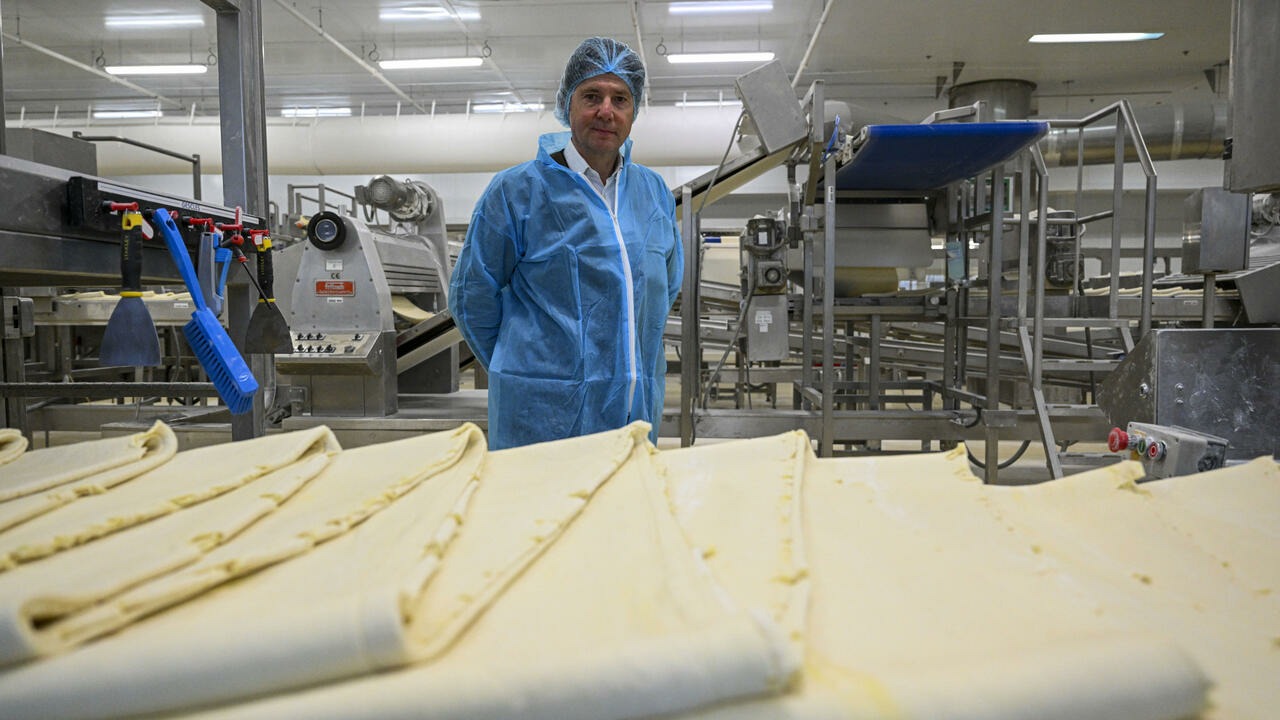 Rochefort-sur-Nenon (France) (AFP) – “I’ve been doing this job for 40 years, I’ve never seen a crisis of such magnitude”: pie doughs parade on the production line of this factory in eastern France, but the sunflower oil, a major ingredient imported from Ukraine, will run out in two weeks.

In Rochefort-sur-Nenon, in the Jura department, 700,000 bases of pizzas or pies, puff pastry, broken or shortbread, leave the factory of the bakery pasta manufacturer Cérélia, a major in the sector which has factories in Europe. , in the United States and Canada.

In a deafening mechanical crash, each of the eight production lines delivers 80 doughs per minute, for which the manufacturer largely uses sunflower oil, “80% imported from Ukraine”. For the moment, “there is no plan to reduce activity”, affirms the president of Cérélia, Guillaume Réveilhac, blue blouse and charlotte on the hair.

In the storage room at 14 degrees, bricks of solid fats are packed in colored bags to differentiate between rapeseed and palm oil. The green pile – that of the sunflower – pales in comparison.

“In two weeks, there won’t be any left at all,” said Chen-Liang Qian, the factory manager, “and we will have switched completely to rapeseed.” If there are still oils available on the market, they are now being traded at gold prices and this is what could ultimately affect production, fear company officials.

Despite everything, the factory continues to run. Like every day, the kneader, a mixture of water and wheat flour, settles on the treadmill and envelops a solid layer of fat. This skilful mixture, flattened by a kind of rolling pin then folded into 54 layers, will give its famous texture to the puff pastry.

The gestures are precise, the usual rhythm, but in the eyes of the workers, concern is on the surface. The boss himself confesses: in “40 years” of business, he has “never seen that”.

Ultimately, the pie crusts are wrapped and cooled to 3 degrees. Some are made from butter and therefore escape the shortage of sunflower oil, but others depend 100% on blends of vegetable oils, where the sunflower share is constantly decreasing.

And another problem arises: How to inform the consumer of the modification of the preparations? Now pasta includes more palm or rapeseed oil, when the labels are already printed – and paper and cardboard are themselves suffering from inflation?

The fraud prevention service “is giving us the flexibility to simply inform on the packaging that these mixtures of vegetable fats are subject to change”, explains Guillaume Réveilhac.

Another source of concern, the concern of some of its 168 employees who drive more than an hour to get to the factory, deep in the Doubs valley. “The energy bill for our employees took 80 to 120 euros per month. Some say to me: + How am I going to fill up to go to work? +”, he says.

He would like to be able to sell his pasta at a higher price to large retailers, but he is bound by contracts signed annually, and the reopening of negotiations with supermarkets is not guaranteed.

“It will take a 30% impact on the price to customers,” he calculates. “It’s simple: if the supermarkets do not increase their purchase prices, we risk not being able to deliver. In this case, the factory stops”.

When the shortage of Ukrainian sunflower oil threatens pastry in France