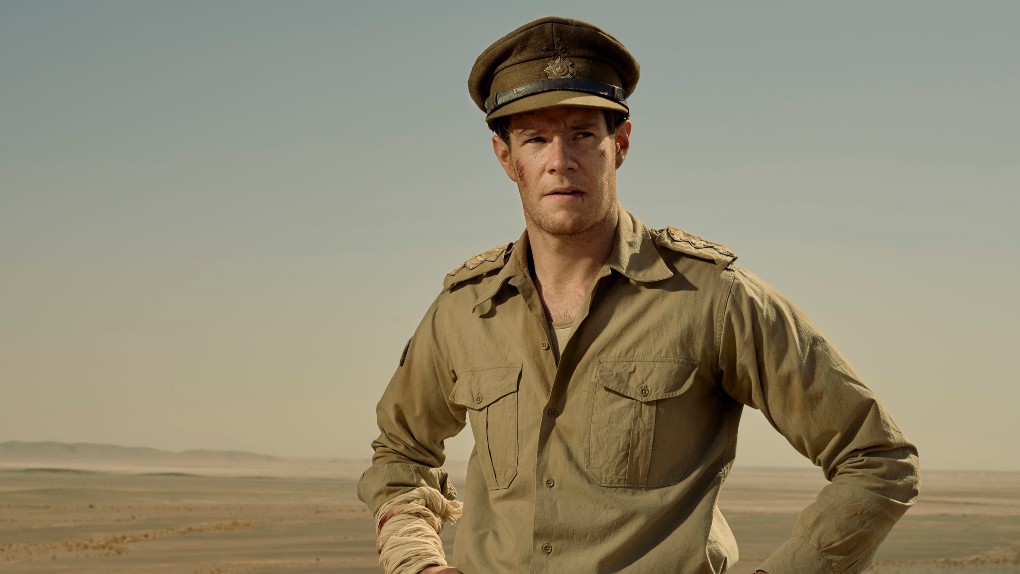 Notice to Peaky Blinders fans: Steven Knight is back, on CANAL +, with a new series ready to explode everything in its path! His name: Rogue Heroes. His cast: explosive, too. The proof in pictures.

The story deals with the formation of Britain’s famous Special Air Services (British special forces) during the darkest days of World War II.

Officer David Stirling, hospitalized after a training exercise goes wrong, creates a drastic plan. He recruits the toughest, boldest, and brightest soldiers for a small infiltration regiment that, with the advantage of surprise, could inflict greater damage on the enemy than an entire platoon.

Hospitalized after a training exercise that went wrong, David Stirling is a young officer… but above all an eccentric hothead, ready to do anything to go against the rules of modern warfare. The one who bursts the screen in the guise of the man behind the creation of the SAS (Special Air Service) is none other than Connor Swindells, who fans of the series surely know better under the name of Adam Groff.

And for good reason, the latter is one of the main characters of the 3 seasons of Sex Education. If it was revealed in the show which quickly became cult, we could also see the British actor in The Daughters of Joy, Jamestown, Vigil, and at the cinema in Keepers and Emma. In 2023, he will star in the highly anticipated Barbie, alongside Margot Robbie and Ryan Gosling.

Little brother of singer Lily Allen, Alfie Allen became world famous thanks to Game of Thrones, where he plays Theon Greyjoy, one of the characters with the most exciting evolution of the series. It was not his first attempt, since he has been filming on television and in the cinema since 1998.

From the thriller Confine to the action comedy Plastique, from the science fiction film The Predator, to Taika Waititi’s Jojo Rabbit, without forgetting his exploits on the boards in the play Equus, the London comedian has proven on several occasions that he knew how to shine everywhere. He emphasizes this again in Rogue Heroes, becoming the rigid and very disciplined Jock.

Assistant to the head of French military intelligence in Cairo, sharing the same desire to make things happen as David Stirling, Eve Mansour makes everyone agree, and her interpreter too: Sofia Boutella.

When it’s not in the clips of Jamiroquai, Madonna, Rihanna or Thirty Second to Mars, it’s in the cinema that the Franco-Algerian dancer and actress works wonders. Very comfortable in blockbusters, she has chained stunts and badass roles at will in the saga Kingsman, Star Trek: Without limits, The Mummy, Hotel Artemis, Prisoners of the Ghostland and even played under the direction of Gaspar Noé in Climax.

With an entrance scene in Rogue Heroes Episode 2 alone worth a look (trust us), Dominic West still impresses with the art of blending into any costume. Definitely everywhere at the end of the year since embodying Prince Charles in The Crown, the actor is and will remain Jimmy McNulty for a large part of the public.

It is indeed his impeccable incarnation of the hero of The Wire (On listening) which earned the Englishman all the honors, and the chance to transform the essay into big Hollywood productions like Chicago, The Smile of Mona Lisa, 300, Centurion, John Carter, Money Monster, Tomb Raider, Downton Abbey 2, but also The Square, Palme d’Or at the 2017 Cannes Film Festival.

This did not prevent him from chaining the successes side series, with The Devil’s Whore, The Hour, Brassic, Stateless and obviously The Affair.

From the height of his 27 years, Tom Glynn-Carney could well be one of the new talents to follow very, very closely. If he started his career in 2013 in the Casualty series, it was Christopher Nolan who offered him his first role in a feature film, with Dunkirk, in 2017. Tolkien and The King followed, a film by David Michôd where he is Henry Percy, aka Hotspur.

But the year 2022 is undoubtedly the year that marks a turning point in his career, since it offers him the chance to become Prince Aegon Targaryen in House of the Dragon, and Mike Sadler, one of the members of the SAS.

Where did you see the cast of Rogue Heroes, the new series from the creator of Peaky Blinders?