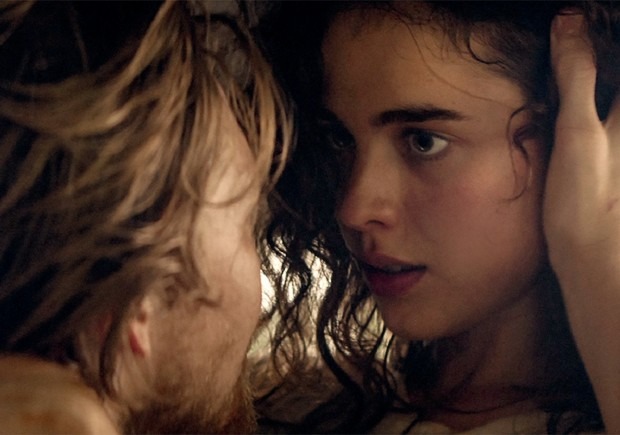 05/16/2022 – In the line-up emerge 15 titles in the various Cannes selections, including five in competition signed Claire Denis, Cristian Mungiu, Arnaud Desplechin, Ali Abbasi and the Dardenne

Stars at Noon by Claire Denis

This sometimes irritates the competition, but it also commands respect: Wild Bunch International is unquestionably the most exceptional seller of world auteur cinema and the Film Market (from May 17 to 25) of the 75th Cannes film festival will offer yet another demonstration. Indeed the line-up of the team led by Vincent Maraval and led by Eva Diederix lines up an impressive total of 15 feature films which will make their world premieres in the various selections on the Croisette.

In the line-up also stands out the opening film of the festival, Cut! [+lire aussi :
bande-annonce
interview : Michel Hazanavicius
fiche film] Oscar winner Michel Hazanaviciuswhich will be presented out of competition just like the innocent of Louis Garrel. And in Official Selection, Wild Bunch International also sells Our brothers of Rachid Bouchareb which will be unveiled in the Cannes Première section, Smoking makes you cough whimsical Quentin Dupieux and rebel explosive Belgian duo Adil El Arbi – Billal Fallah which will be screened in Midnight sessions, the documentaries Feminist response of Marie Perennes and Simon Depardon and Hello of Melanie “Diam’s”, Houda Benyamina and Anne Cisse who will benefit from the special screenings, and the Ukrainian feature film Butterfly Vision of Maksim Nakonechnyi which will have its world premiere at Un Certain Regard.

To this very impressive contingent are added Our ceremonies of the young Frenchman Simon Rieth who will participate in the competition Critics’ Week and The Five Devils of his compatriot Lea Mysius which will be presented at the Directors’ Fortnight (and of which Mubi has just acquired the rights for North America, the United Kingdom, Ireland, Latin America and Turkey).

Among the new titles for which Wild Bunch will start pre-sales at the Marché du Film stand out The Old Oak from English Ken Loach (whose filming will begin next Thursday) and Jeanne du Barry from the French Maiwenn (shooting this summer) with the filmmaker herself in the cast (in the role of a woman born in 1743, the illegitimate daughter of a poor seamstress and who will experience a spectacular rise at the Court of the King of France Louis XV, whose will become the last mistress), Johnny Depp (in the role of the sovereign), Louis Garrel, Pierre-Richard and Noemie Lvovsky. All without forgetting The shattered moon (The Plow) of Philippe Garrel (in production – news).