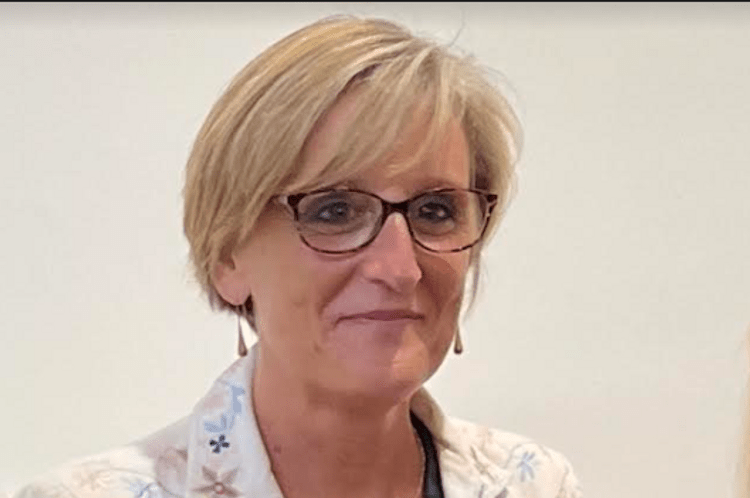 After three years of absence due to the Covid-19 pandemic, it was in a warm atmosphere that more than 50 people gathered on Thursday afternoon, on the occasion of the Wizo literary awards ceremony for the year 2022, at the town hall of the 16th arrondissement of Paris.

This year, Anne Berest with the bestseller “La carte postale” won the prestigious gold palm, Nelly Ben-Israel with “Ella, l’espoir au loin”, the Israeli prize, and the French prize was awarded to Laurence Couquiaud with “Visa for eternity”. Since 1948, the Wizo Book Prize has aimed to promote Jewish culture and contemporary Israeli literature.

Laurence Coquiaud, with “Visa pour l’éternité”, returned to the fascinating story of the intelligence agent and diplomat Chiune Suhigara, whose visas saved thousands of Jews from Nazi barbarism. During the award ceremony, Ms. Coquiaud could not contain her emotion: “It is an immense honor to receive this award. I am very happy to see you all gathered around literature, Jewish culture and especially for honor the story of this extraordinary man,” she said. “The most prestigious prizes in literature are those of readers and readers so I am even more honored”.

“Visa pour l’éternité” paints, according to the author, a “historical reality of facts”, partly thanks to Nobuki, son of Chiune Suhigara, who opened up his family archives to the writer by revealing exclusive testimonies.

“I’m not Jewish but maybe I was in another life?”, launched the one who was transformed by a trip to Poland and whose book brings together two essential parts of her life: Japan and Jewish culture.

Nobuki, the son of Chiune Sugihara, who came especially from Antwerp for the occasion accompanied by his wife, aroused thunderous applause. “It’s an honor to attend this awards ceremony with this book which is about my father’s actions,” Sugihara told i24NEWS.

Nelly Ben Israel, from Jerusalem, also made the trip to receive the Israel Prize for her very first novel “Ella, hope in the distance”, a book dedicated to identity and self-reconstruction. The main character Ella, whose parents are Holocaust survivors traumatized by the war, has a need for freedom and a search for the truth. A veritable fresco that takes the reader on a journey to France in the 60s and 70s, to Spain, but also to Israel.

“It’s a novel in two volumes, the sequel will be released next month,” announced the author, after warmly thanking the committee for their vote. “It’s a dream come true,” said the writer.

Finally, Anne Berest’s book which “won three times the number of votes usually attributed” did not receive the traditional trophy, but the magnificent golden pen, with her book “La carte postale” already rewarded several times . The investigation around this “mysterious” postcard captivates readers and brings the author back to her origins and her identity. “I would not have missed this afternoon for anything in the world as you, the readers of the Wizo, are dear to my heart,” she said.

“I feel particularly honored by this award. This book was without doubt the most difficult to write in my life and more than once I felt discouraged because the task seemed too great for me. My ancestors, our ancestors, gave me the courage to go to the end of this book”, she underlined, thanking her mother “without whom she could never have written this book”.

The mayor of the 16th arrondissement Francis Szpiner congratulated the laureates and praised the qualities of the organization which has been campaigning for education and supporting the status of women since 1920. “My mother was a member of the Wizo, I know the quality of this organization and the three books chosen, given my origins and my family history, touch me,” he said.

“This award ceremony represents the fruit of a year’s work of reading” and the celebration of books that highlight two main principles of Judaism: transmission and teaching,” said Lauriane Boukris, cultural manager. of the Wizo.

The three winners, who proudly posed together after the awards ceremony, now hope to see their work translated into several languages ​​and, why not, adapted for the 7th art.