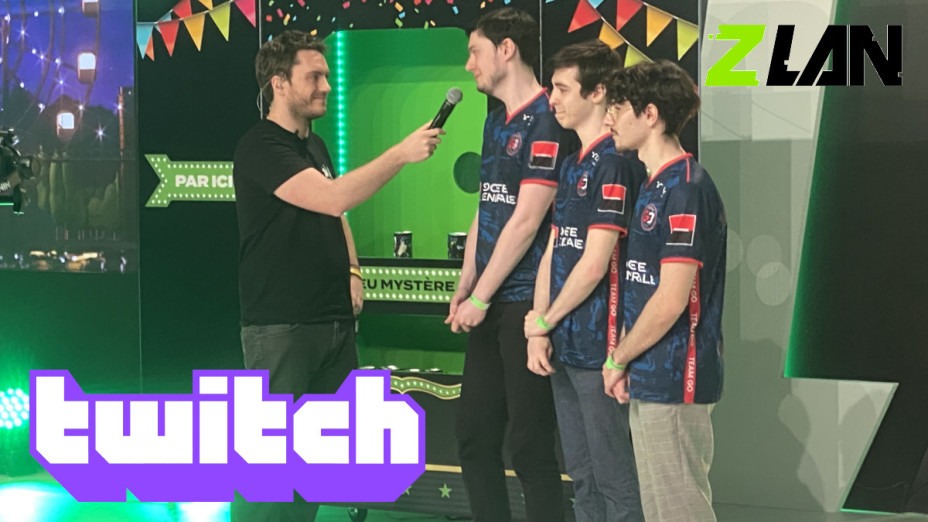 With a return to LAN in front of the public, 75 teams of three participating players, exceptional guests to support Zerator in the cast, the ZLAN 2022 will have marked the spirits.

The competition will have brought together the tryharders from all over France on great classics like worms Where Fall Guys but will also have made it possible to determine the personalities most anchored in the news thanks, in particular, to the speedrun test ofElden Ring.

The organizers have now released the figures to remember from this very special editionso we invite you to discover them together.

What are the most impressive numbers?

Of course, we will begin by congratulating the 225 players who participated, but also all the organizers and casters who made this event a success. At most, we will have 315,280 simultaneous viewers in front of the live broadcast, nice figure!

Performance level is Onutrem which largely stands out from the crowd with its four Fall Guys six-part Top 1s. The proposed speedrun on Elden Ring will have been dropped in only 20.16 minutes per Gools who signs a very nice run here. Side HQRDESTno time to have fun on Apex Legends with 53 kills in four parts. On the other hand, it should be noted that out of 69,494 shots, 75% will not have reached any target…

In terms of crazy figures, the palme d’or is obviously held by banana at 45K on Worms ! Not to be outdone, the tie on Hotwheels and the 55 camels strike on Age of Empire IV made us laugh. We also congratulate the technicians who had to install and organize 3.7km of RJ45 cables.

Congratulations again to all those who participated in the success of this event and inscribed their name in the legend, in one way or another. Ready for the Trackmania Cup coming ?

No limit for the French-speaking community?

We had the opportunity to see him recently, when the French twitch game ignites, he does not do things by halves. Supported by our French-speaking friends beyond our borders, particularly on the Belgian side, the community has shown that it is capable of responding whatever the challenge presented to her.

Whether with the Pixel War in recent weeks or the various charity events offered by Streamers, including SpeedDons recently and of course the ZEvent 2021 which broke all records last year, the French speakers are present, noisy, and clearly unstoppable.

We can be sure that no matter what challenge comes our way, we will be able to raise it without any problemeven if it means shaking the international scene once again!

In 2021, the Z Event collected more than 10 million euros in donations which were donated to Action Contre la Faim. The organizer of the event, ZeratoR, went to the Central African Republic to see the substantial actions of the humanitarian association!

Recently, a study counted the total amount of donations made by companies in the gaming industry for humanitarian associations helping Ukraine. Get ready, the donations are impressive!

ZLAN 2022: The figures of the event to remember!