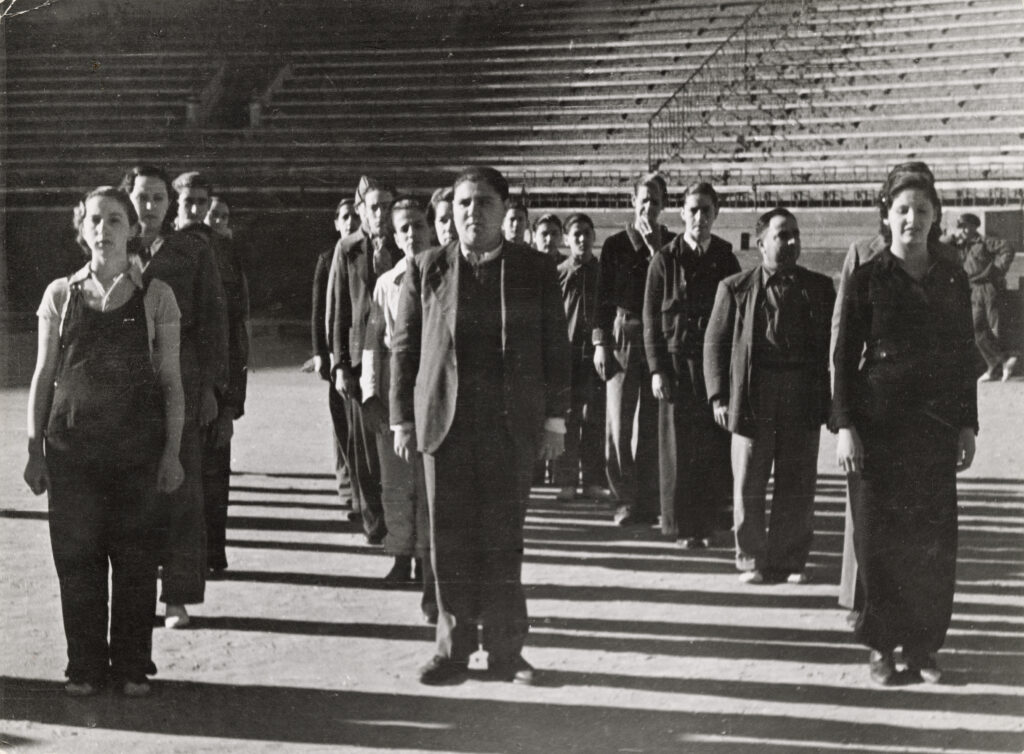 As long as war photojournalism has existed, women have participated in it. Yet their work is less recognized than that of their male colleagues today. Yet these women war photographers have transformed war reporting and our views of conflict.

While many talented women left to cover the conflict in Ukraine: Carolyn Cole, Laurence Jay, Erin Trieb, Aris Messinis… Here is a non-exhaustive list of women who transformed war photojournalism.

It was during the First World War that photojournalism in conflict zones became more democratic, as cameras became more manageable. Among the photographers accredited and integrated into the troops of soldiers: only one woman: Alice Shalek. This Austrian writer and editor-in-chief of the Neue Freie Presse will work for the official press services of her country.

His work, even if it lacks technique because women have long been kept away from photography classes, is distinguished from that of men by his courage. She went to the most dangerous places on the front, such as the Ziplines or Galicia to take photos and interview the soldiers. She says she wants to “give meaning to war”. At the end of the conflict, the Austrian government rewarded his work by awarding him the gold medal of courage. But she also suffers from numerous misogynistic attacks by her male colleagues, as well as anti-Semitism. She therefore stopped photography and devoted herself to writing. It was she who truly paved the way for women in professional photography and journalism.

Jew and communist, Gerda Taro, whose real name is Gerta Pohorylle, fled Germany to Paris in 1933. Robert Capa’s legendary companion, they left together to cover the civil war in Spain. She shows through her photos a war on the move who mobilize Republican men and women, from all over the world. His pictures are very thoughtful and shows real stance in favor of the Republicans. But his courage cost him his life. She becomes tragically the first female war reporter to die in the field. Long, sthe photos have been attributed to his companion Robert Capa. It was not until the beginning of the 21st century that the work of this pioneer of photojournalism was rediscovered.

In the 1920s, Lee Miller was a theater student and model. Man Ray’s muse, it is he who forms her. In 1942, she was accredited for Vogue to cover the advance of the American army in Europe. “Just treat me like one of the boys” she asks the soldiers. She follows them in during the discovery of the concentration camps of Dachau and Buchenwald, when taking German cities etc. In Berlin, she poses in Hitler’s bathtub, her rangers prominently displayed, a photo that has become famous. The play of light and her fashion journalist gaze make her photos very interesting and unique, giving death and horror a form of beauty. 4 years after the war, she turns away from photography, and plunges into a depression that we analyze today as a post-traumatic syndrome.

After studying philosophy, Demulder began his career as a photojournalist by following his fellow journalist to Vietnam. She focuses her gaze on civilians, unlike the great photojournalist Catherine Leroy who follows American troops. She was one of the few journalists present in Saigon when the Viet Cong entered the city in 1975. Her images earned her international recognition. La Française then covers the crises in Angola, Lebanon, Cambodia, El Salvador, Ethiopia, Pakistan and Cuba.. His very factual photos leave a lot of room for interpretation. She becomes the first woman winner of the World Press Photo in 1977, for a photograph of a Palestinian woman pleading with soldiers in Beirut. A photograph that will change the general public’s view of the Palestinian cause.

Susan Meiselas is above all a committed artist. Her background in visual art is reflected in her photos. It is one of the first to use color photos, hitherto considered vulgar, because she knows all the importance of it. And she plays it. His images are more conceptual, leave room for the public’s imagination. This does not make them less strong, on the contrary. His work in Nicaragua on the uprising against the Somoza regime was rewarded with the Robert-Capa gold medal. For her, being a woman has allowed her to go places that are unreachable for men: “in Central America I was able to approach people because they were less afraid of women than of men. In this extremely militarized context, a woman was perceived as less dangerous“.

Anja Niedringhaus is a German war and sports photojournalist. She began selling her photos at age 17, capturing the fall of the Berlin wall. To be authorized to cover the Balkan war in the 1990s, she must convince – with wear and tear – her superior in the‘Associated Press by sending him a letter every day for 6 weeks. She never left the field: Afghanistan, Iraq, Israeli-Palestinian conflict, Kuwait, Turkey… In 2005, she received the Pulitzer Prize for News Photography for Iraq war coverage. His work desecrates the war. He shows the disarray of the American soldiers, their fear, their long moments of waiting. It’s a break with traditional photojournalism. She also dwells on children, the first victims of wars but who also bring hope. She is murdered in Afghanistan in 2014.

If you want to know more about the female war photographersMeet at Paris Liberation Museum until December 31, 2022. Book your tickets here.

6 women who have marked photojournalism