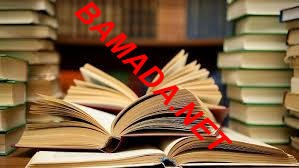 Since the publication of Territory of Pain (1978), Le chant equinoctial (1979) and Like a burst wound in the floodgates of the sun (1980) all mimeographed thanks to Mr. Alpha Oumar Konaré who was Minister of Culture then President of Republic of Mali, Ismaël Diadié Haïdara has kept a long silence in the poetic world of French-speaking Africa. It is necessary to wait until 2022, that is to say forty two years, for a book of poetry by this poet to appear again in Mali. This is Tebrae, published by La Sahelienne in February.

The cover photo is the work of Dolo Amahiguéré, Dogon painter and sculptor, promoter of Ismaël at the INA (national institute of the arts) of Bamako in Mali. This silence of the poet was exacerbated by his double exile after the publication of his history book, The Jews in Timbuktu (Bamako 1999) and this other which followed the occupation of Timbuktu by rebel factions and Islamist groups. It was in this exile that he broke his silence by publishing in poetry outside Mali A cabin by the water (Málaga 2015), Tebrae pour ma mère prefaced by Aminata Sow Fall (Málaga 2017) and Sahel (2018 ). After Sahel, this long poem on the drought of 1973 which profoundly marked his life, he exiled himself from the French language and adopted Castilian as the language of writing. It is in this language that he publishes a book of philosophical tales, Zimma (Mexico, 2014), Diary of a Librarian of Timbuktu (Cordoba, 2016), From Toledo to Timbuktu (Málaga), De la Sobriété (Cordoba, 2020). He publishes various poems translated from Spanish to English in Turkey, Albania, Colombia, India, Kenya among others and participates with the greatest poets of the world such as Ko Un from Korea proposed more than once at the Nobel Prize like Adonis the Syrian, Gamoneda from Spain or the Serbian Charles Simic installed in the USA and Pulitzer Prize, at the International Festival of Medellín through which various Nobel Prize winners have passed.

With Tebrae, the Malian poet adds a third exile to his existential arc, he publishes this book under the name by which he is known to his family and close childhood friends, Lélé.

No longer living in his native country, no longer writing in the language of his education, the French language, and no longer publishing under his baptismal name, shutting himself up in these three exiles, his country, his language of education and his name and therefore its roots, are not absent from this book written in the form of the Tebrae from which it takes its title.

The Tebrae (Tebria in the singular) are a poetic genre particularly exercised by women from the Sahara in Mauritania, northern Mali and Morocco. Each tebría is made up of two verses where the women express the passions of their heart. They sing of love, loneliness, lovelessness, hatred, despair. It was through the Mauritanian poet Marfall Diagne that Israel Diadié Haidara discovered the Tebrae through an article by Tauzin on women’s poetry in Mauritania published in an issue of Notre Librairie dedicated to Mauritanian literature. His friend, the deceased prospector Ahmed Choued with whom he hoped to make an anthology of this poetry of the women of the desert always sung in Hassaniya, never written down.

Ismael Diadié Haidara has published a first book of poetry in this little-known literary genre, Tebrae pour ma mère prefaced by the Senegalese novelist Amiante Sow Fall. His second Tebrae book is this one. It is composed of 1203 poems of two lines each preceded by a sober prologue where the poet defines what a tebria is and shows that along his wanderings through the world he wrote on pieces of paper, in notebooks or in the margins of his books, these minimalist poems where in two lines, he says love, death, the world, nostalgia for his native country, exile and wandering, his childhood, famines, epidemics, the wars that punctuated his life and his refuge in nature, the only place he has to save himself from history.

This book is that of a whole generation, ours, it has enjoyment as its common thread, this philosophy which saved us from the pangs of a cycle of droughts which weighed on our young memories. This generation that Ismael himself qualifies as a silent generation is the one whose life was changed in a positive way by a book. These are the quatrains of oumar ibn ibrahim al khayyam, Persian poet. This book was accidentally stolen from the library of the learned mayor of Timbuktu in the 1970s, Abbas Kader. For our generation it was the forbidden fruit, the answer to our questions. These Rubayyatt will be copied in secret notebooks and especially in our young memories. It must be said that we find an echo of this in the songs of a singer from Timbuktu, Aïssa Alamiridjé, whose common thread is “Enjoy! To enjoy is licit, it is the opinion of the scholars, of the knowledgeable”. And this is how our generation became Khayyamian giving birth to the Khayyamian school of Timbuktu. This means that this book by Ismael is ours, the echo of our most tender childhood and expresses an art of living that we have made our own and that we call the hammam of alfintatude.

We cannot find a better definition of the hammad’alfinta than these words of Ismael himself:

“I think you have to see the shadowy part that gives HAMMAD’ALFINTA its relief like in painting. We are faced with an expression born of a Songhai society on the one hand and Arab-Berber on the other, where bravery and honor define man. The term HAMMADI comes from the Fulani and not only designates the eldest, it also designates the first, the best.

HAMMAD’ALFINTA therefore designates the first, the best, the hero who only shows zeal in front of the dish, here the particular ALFINTA in Timbuktu. The hero of chivalrous societies clash with men on the battlefield, the hero of the ALFINTA fights only for his belly, hence the contemptuous sign, the ALFINTA designating the belly, gluttony. The silence of the word discovers its saying, philosophically. This is its semantic context. HAMMAD’ALFINTA for many is therefore the hero of the belly, unlike the brave knight who faces the adversities that the depreciated ALFINTA flees.

This is where the embarrassment and the necessary semantic reversal comes. The Hammad’Alfinta is an idler, I accept that, but Khayyam, the hedonists of China, Epicurus describe him thus, as a praiseworthy man given to the table, at sweet times, a man who does not break his head for a battle, and take peace above all. To be Khayyamian is that. Loving idleness beyond all heroism. It is here that we must remember my big brother Sidi Yana: The hero is the one who fled and can tell what happened and the martyr, the idiot who got himself killed. It reverses the spirit of heroism, therefore gives reason to the HAMMAD’ALFINTA, that of intelligence, prudence, the art of living and appreciating in the end life more than anything else human , too human”. And all is said TEBRAE is indeed the book of a generation.

With this book, Ishmael renews and enriches the writing of the Tebrae as Takuboku had done for the Tanka (poems of five lines), Khayyam for the Robaiyat (poems of five lines), Bacho for the Haïkus (poems of three lines) . Ismael, with the Tebrae, discovers a little-known literary genre in the world, reinvents it and becomes its master. He is with two of his friends, the Nigerian poet Hawad and the Chadian Nimrod, Prix Apollinaire 2021, one of the voices carrying African poetry in French.

African poetry is enriched with a book by the Malian writer Ismaël Diadié Haidra: Tebrae dissected by Sane Chirfi Alpha