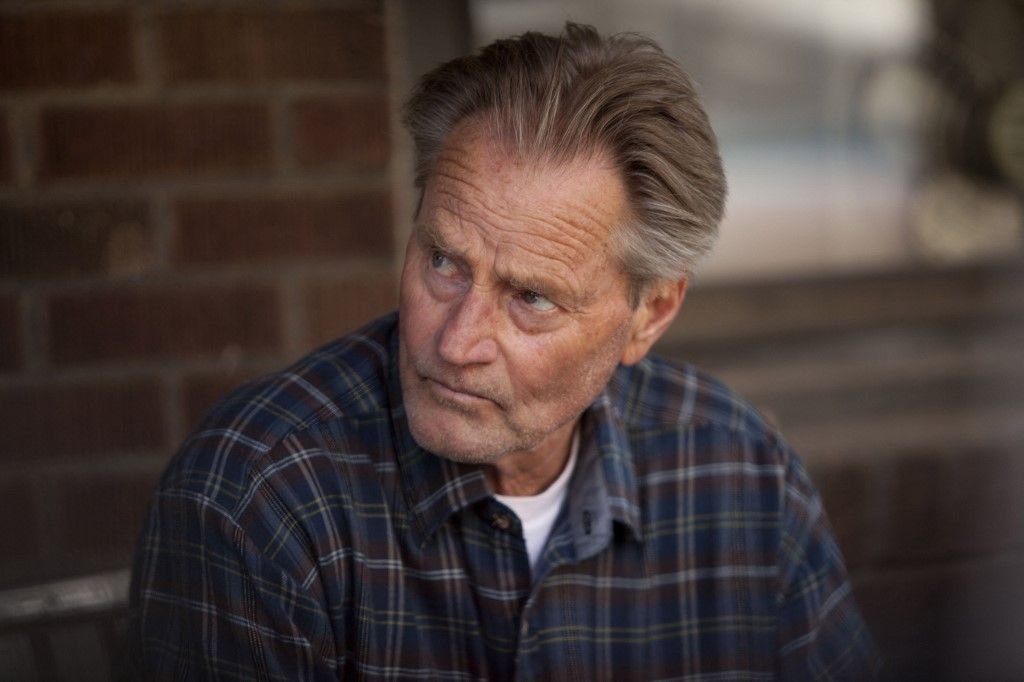 It was in 1983 that Sam Shepard rose to fame. He played supersonic pilot Chuck Yeager in The stuff of heroes. The audience discovered a silent handsome guy with steel eyes who, with a hieratic step, walked in the desert towards his red jet (a real role of composition, because Shepard had a panic fear of the plane).

We did not know that this new Marlon Brando was a great playwright, author of an imposing theatrical work (about forty plays), comparable to that of Tennessee Williams, nor that his sudden notoriety tormented him so much. His affair with the star Jessica Lange did not help matters.

This is what the French novelist Rodolphe Barry tells in his magnificent story A moon tattoo on the left hand (Finitude). This is not the first work he has devoted to cult American writers: Barry has worked on the hallucinating novelist Cormac McCarthy (between rounds), the “little people” novelist Raymond Carver (Become a Carver), and James Agee, the iconic screenwriter of The hunter’s night (honor the fury).

READ ALSO :“Royal Villa” by Emmanuelle Fournier-Lorentz: on the road to childhood

His stories – which belong to the genre described in the United States as “ narrative nonfiction », and in France of literary journalism – appear in these magnificent small publishing houses with such a poetic name (La Passe du Vent and Finitude), where the literary sap fuses. As it should be, Barry puts himself in the scene – is it him? A double ? – and recounts his impossible quest to meet Sam Shepard, husband of Jessica, friend of Bob Dylan and Patti Smith. He’s also the somewhat lost rock drummer, and the brother of the “beloved brigand” in Andrew Dominik’s splendid western, The Assassination of Jesse James by the Coward Robert Ford. But above all, for the young French investigator, he is the one who wrote these bewitching Chronicles of bygone days.

In 2015, in Miami, Barry goes in search of this suspicious and wild man. He finds him immersed in a glass of tequila on the set of Bloodline, one of those mundane series that the cash-strapped and somewhat worn-out Shepard shoots, fatalistic, provided his role isn’t important. Because he has only one desire: to rediscover the great outdoors, his horses, and writing, his true passions which he too often sacrifices to the easy money of cinema.

Berry does not dwell on filming anecdotes. What interests him is the essence of an endearing and nomadic man, heir to the ” beat generation “, jealous of his freedom, in love with Beckett (and difficult to live with). Rodolphe Barry nicely describes this overheated-looking America “cobalt tinted”, the cold halls of the Sunset Inns, the “starry sky” the tired Chevrolets. We hear the tireless, lost sound of Sam’s typewriter crackling into the sunset (the neon of film noir is not far away), building in the dust of the road its great pieces, The buried child (1979, winner of the theatrical Pulitzer Prize) or The West, the real (1980), populated by shattered and brutal characters on the fringes of the American dream.

All along this beautiful Kerouacian road, from ghost motels to isolated lagoons, Barry serves us in a nervous and lyrical language a smooth road trip punctuated by magical scenes. Let’s quote the one where Bob Dylan and Sam Shepard, seized with cold, in a moonless night, listen to blues under the drizzle in front of a raging ocean. Or the moving reunion of the writer with his alcoholic and demented father.

Barry also depicts in a subtle way the impossible relationship between the poet of the excluded and the ardent Jessica Lange. They meet on a shoot where the actress arrives with child and nurse. Sam Shepard hears his footsteps and his laughter in the adjoining suite, going mad with desire for one of the movie’s most fascinating stars. When she learns of his death on July 27, 2017, despite their divorce, she will mourn the intrepid pilot of The stuff of heroes. Five years later, Rodolphe Barry offers us a very beautiful book.

READ ALSO: “State of affairs” by Deborah Levy: reinventing the “I” in autofiction

Book: when Rodolphe Barry sets off in pursuit of an American hero