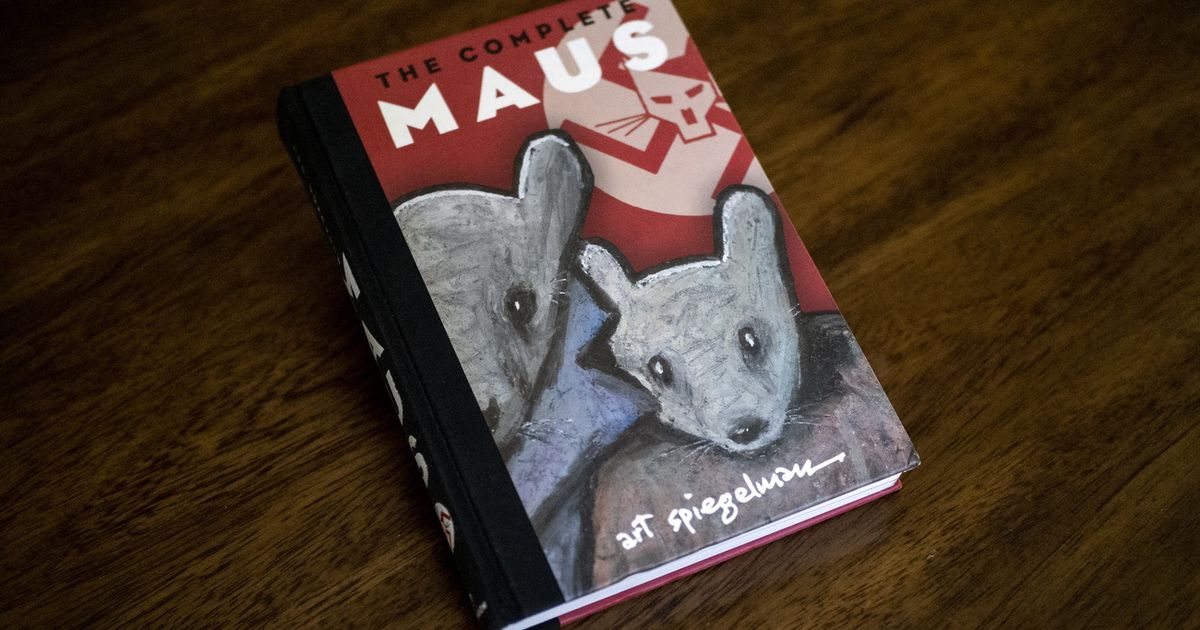 The banning of the graphic novel “Maus” in Tennessee schools for remarks deemed shocking had an unexpected positive effect: the flagship work on the Holocaust is now at the top of sales in the United States.

A poignant Holocaust tale by cartoonist Art Spiegelman, “Maus” has been deemed “vulgar and inappropriate” for 13-year-old middle schoolers by the McMinn County School Board in Tennessee. The latter voted on January 10 to remove it from the program while waiting to find another book on the Holocaust.

According to the minutes of the meeting, eight vulgar words and the drawing of a naked anthropomorphic mouse in a bathtub should not be shown to children. The school board also denounced the “description of violence and suicides” given in the book, a work that won the Pulitzer Prize in 1992.

This decision shocked its author Art Spiegelman last week, judging that the State of Tennessee had “obviously gone crazy”. “I met so many young people who learned things from my book,” he also regretted. The Holocaust Museum in Washington, for its part, underlined on Twitter that “Maus” played “a vital role” for Holocaust education “by sharing detailed and personal experiences of victims and survivors”.

>> Listen again to the topic of La Matinale on the book ban:

This ban decided in Tennessee and the many articles that followed on this subject, however, had a paradoxical effect: many Americans wanted to discover or rediscover “Maus” and the graphic novel is at the top of sales on Amazon US , recount French Culturewhich is based on information provided by the American radio NPR.

The complete edition, “The Complete Maus”, quickly rose to first place in sales on the platform, while the first volume ranked 3rd and the second 9th as of January 31.

France Culture notes that this unexpected effect is not new: it is the Streisand effect, named after actress Barbara Streisand. She had tried to remove clichés relating to her house and this vain attempt had propelled them all over the internet. Or when a strategy aimed at decreasing the visibility of something will generate the exact opposite of the desired effect.

In the case of “Maus”, the ban in a small, remote county had the effect of launching a huge promotional operation.

The CNBC channel quotes Art Spiegelman for his part who welcomes the fact that “the Streisand effect has struck again”: in 2015, the book was banned by Vladimir Putin on the grounds that it contained swastikas. And there too, the stock of the small publishing house which published it had emptied so quickly that it had to be reprinted several times.

A questioning of teaching

In “Maus”, Art Spiegelman recounts the moving memories of his father, a Polish Jew, who lived through the horrors of Auschwitz. Particularity of this graphic novel translated into more than twenty languages, the characters are represented by animals, making them immediately recognizable: the Jews are mice, the Nazis are cats, the Americans are dogs…

The removal of “Maus” from Tennessee schools comes amid challenges to education in conservative US states, which are attacking books dealing with topics ranging from racism to gender identity.

According to their critics, these works in particular encourage white children to see themselves as oppressors of minorities. These conservative activists denounce “critical race theory”, a current of thought which analyzes racism as a system, with its laws and logics of power, rather than at the level of individual prejudices.

Censored in American schools, the comic strip “Maus” is at the top of sales