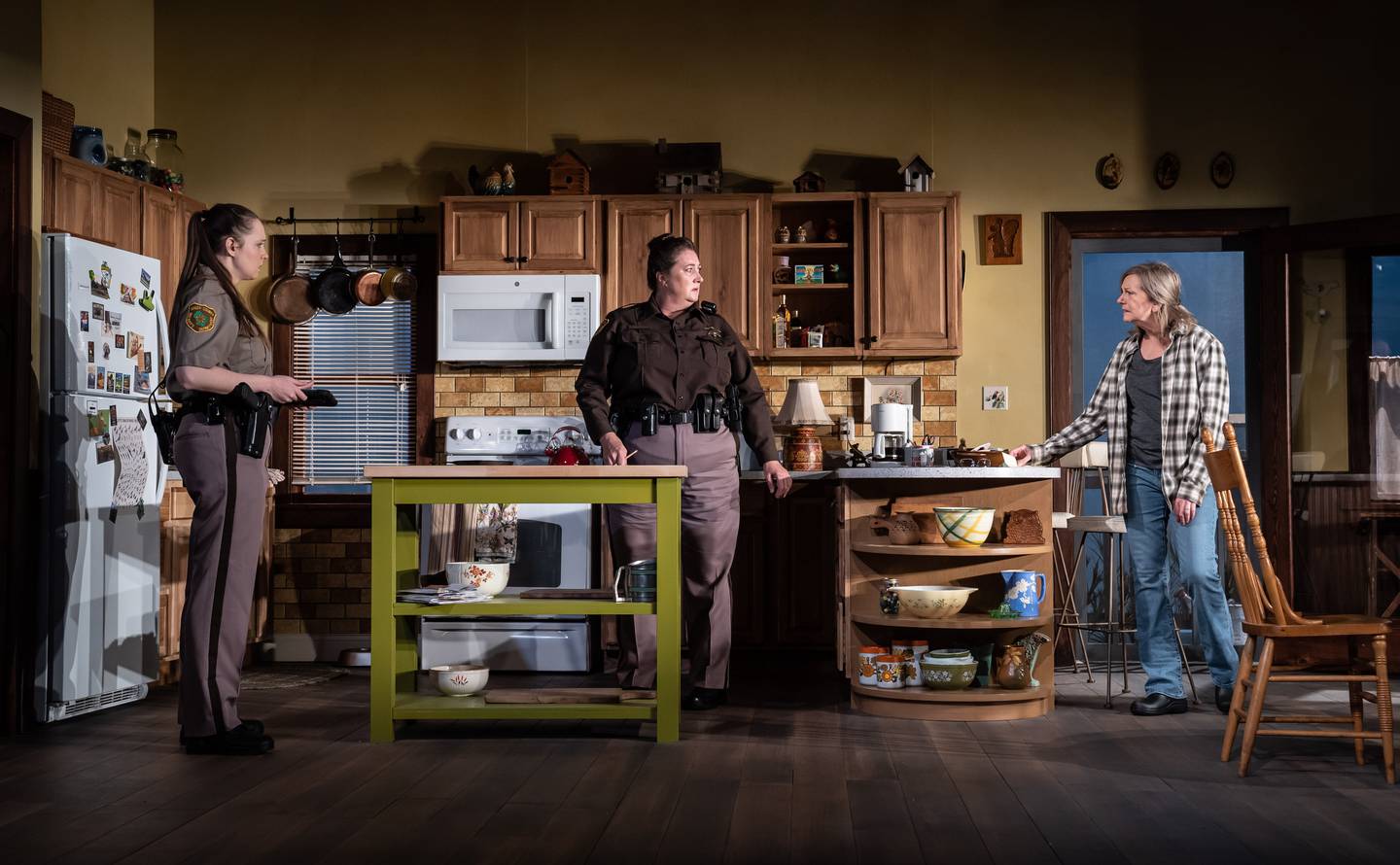 A world premiere play written by a Pulitzer Prize finalist has a quartet of excellent actors under the direction of Goodman Theater artistic director Robert Falls. The Summer 2021 characters deal with everything from COVID and crime to heartbreak, the environment, and moments of laughter. For “Swing State,” all of these planets aligned to create a standout experience for theatergoers in the Chicago area — and, quite possibly, Broadway.

Believe me, this piece will be a serious Tony Award contender in the not too distant future.

The phrase “swing state” makes most people think of politics – a US state where two major political parties have similar levels of support, making it a key battleground, especially in a presidential race. Wisconsin was considered such a state based on recent elections. While rural Wisconsin is the setting for “Swing State” — the latest collaboration between the Goodman and his most often-produced living playwright, Rebecca Gilman — the plot isn’t political. Instead, we see the influence of the past on four complex characters. Each has suffered losses in recent years.

For Peg (Mary Beth Fisher), whose home on the edge of some 40 acres of Wisconsin prairie is the setting for the show, her loss is still palpable: the death of her husband Jim from a heart attack a year earlier. Peg now contemplates her own mortality and the future of the prairie acres she and Jim loved so much.

Ryan (Bubba Weiler) is a young man who has barely spent three years in prison, but is trying to put his life back together. Jim and Peg’s friendship and support made all the difference. He’s a truck driver who lives on the neighboring farm.

Sheriff Kris (Kirsten Fitzgerald) has lost his son to a drug overdose. The fact that she is losing patience is not surprising.

The sheriff’s step-niece, Dani (Anne E. Thompson), is a kind-hearted sheriff’s deputy who has been through the heartache of a divorce. His sweet disposition makes him a natural for the first half of any good cop/bad cop interrogation.

At the beginning of the play, thanks to set designer Todd Rosenthal and associate set designer Sotirios Livaditis, we see the extremely realistic interior of a farmhouse: everything from a well-equipped kitchen (to appliances, pantry, knives , original Pyrex bowls) to a dining table and living room (crib, recliner, tons of books).

Peg makes zucchini bread and one of her first lines of dialogue – “What’s next?” — might apply to the discussion she’s about to have with Ryan when he arrives for some late-night warmed up soup: She plans to leave 48 acres of grassland to a local conservation group, but she wants to bequeath the house and the surrounding three acres to him.

Ryan doesn’t want to think about the possibility of Peg’s death at all, but it’s clear that Peg has given it a lot of thought, so his meeting with a lawyer to finalize the will should take place the next morning. She asks Ryan not to share this information with anyone to avoid gossip.

About a week later, Sheriff Kris and Deputy Dani are at the farm because Peg reported missing — and apparently stolen — items from her barn. She doesn’t know when the items went missing, but says they are mostly old tools as well as a rifle. When Sheriff Kris jumps to the conclusion that Ryan is the likely culprit, Peg jumps to Ryan’s defense, but the Sheriff is undeterred and puts Ryan at the top of his list of suspects.

The mystery of the missing objects is intriguing, but the heart-to-heart conversations about things important to each of these four people (imitations of the beautiful sounds of different species of birds, fewer bats in the world, depression, funeral ashes, details of Peg and Ryan’s first meeting decades earlier) are truly poignant, helping audiences empathize with each of them, even Sheriff Kris.

I won’t divulge the plot of Gilman’s play any further – but the flawless performances of Fisher, Weiler, Fitzgerald and Thompson are worthy of praise (Rachael Jimenez and Lauren Port, well done on your casting), as is Eric Southern’s lighting design, which makes the timing of each scene crystal clear (no pun intended) before any dialogue is spoken.

There’s a generous dose of humor, too (like an aside from the sheriff on “Little House on the Prairie” — “Michael Landon was always walking around in suspenders and shirtless. I loved that show.”). There’s also foul language: more than one character uses profanity on occasion, but it’s not constant.

In summary, the only thing I don’t like about “Swing State” is the title, because it might deter politically averse theatergoers from seeing the play when, in fact, it’s a rare piece of the narrative you will talk about. for days afterwards.

• Paul Lockwood is a singer, local theater actor (including the new adaptation of “A Christmas Carol” coming to Woodstock Opera House), Grace Lutheran Church (Woodstock) and member of Toastmasters, theater critic, podcaster, columnist, editor of business proposals and former President of TownSquare Players. He has lived in Woodstock for over 21 years.

IF YOU ARE GOING TO