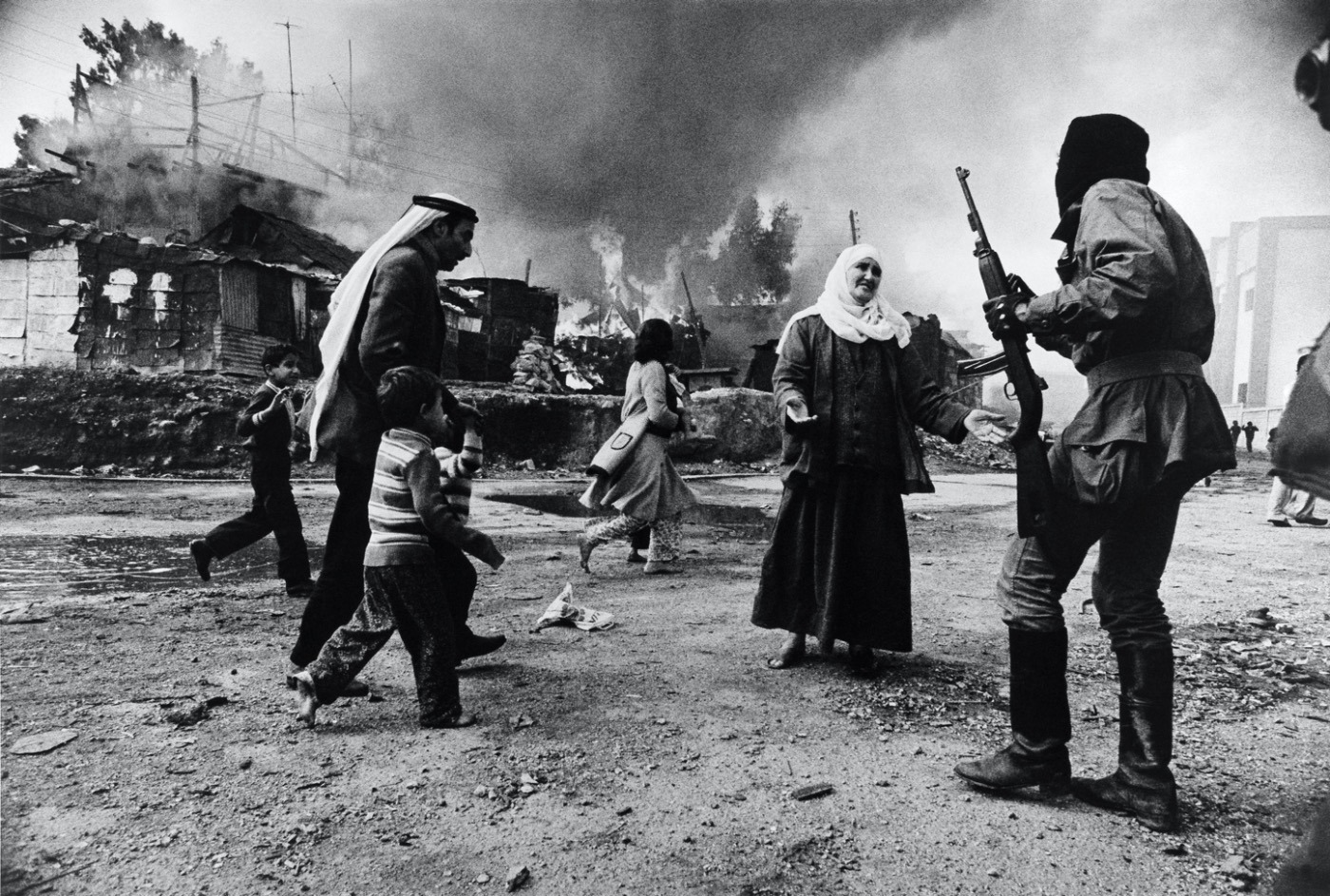 War is not just a matter of men. The images that reach us every day from Ukraine confirm this: women, combatants, victims or witnesses, are on the front line. If women are often overlooked in conflicts, the same goes for those who bring these images to us: women war photographers.

the Paris Liberation Museum remedy these omissions by highlighting the work of 8 photographers recognized for their courageous commitment from March 8 to December 31, 2022.

Throughout the exhibition, 75 years of international conflicts are immortalized. Some photographers like Lee Miller Where Gerda Taro have become the figureheads of an unfailing commitment; despite everything often remained in the shadow of a man. Since then, many others have joined their ranks to recognize the work of women war photographers.

Model, muse of Man Ray: the American has had a thousand lives, the most exciting of which will undoubtedly be that of photoreporter. Accredited by the US Army, Lee Miller flew to recently defeated Germany to photograph the horror of the camps or Hitler’s private apartment.

The young German photographer emigrated to Paris will reinvent herself body and soul as a war photographer. She forged a new identity for herself and left in 1936 accompanied by Robert Capa (to whom many of his images will be attributed) immortalize the clashes between Spanish Loyalists and Republicans. injured, Gerda Taro is one of the first war photographers killed on the front.

The French photographer who died in 2006 was the first to receive the Robert Capa Gold Medal. Braving danger since she was 21, Catherine Leroy courageously covered the Vietnam War, going so far as to be taken prisoner in 1968. She would also go to Lebanon, Somalia or Ethiopia.

like war, Christine Spengler doesn’t care about borders. From Chad she joined Northern Ireland before covering the Vietnam War. Christine Spengler offered the press agencies unforgettable images constantly repeating that women did not have a different view of war from men. The looks of the women and children in his portraits haunt our memories.

former model, Francoise Demulder goes quickly to the other side of the camera, hired by the Gamma agency to photograph the Vietnam War then the horror of Cambodia, Angola, Lebanon then Iraq. In 1977 she became the first woman to receive the World Press Award for an image showing the massacre of Palestinians. Never staged or stolen photos, only the accuracy of the truth printed on his film.

The images of the American photographer documented the conflicts of Central America, from El Salvador to Nicaragua. The photographer member of the Magnum agency (of which she is now president) was also rewarded with a Robert Capa gold medal in 1979. Susan Meiselas has made use of black and white as well as color by addressing in her photography the question of cultural identity as well as that of human rights.

A war reporter in Kosovo, the American photographer then joined the Afghan front, then Haiti and Iraq. In 2004, Carolyn Cole was awarded a Pulitzer Prize rewarding his work in liberia and his photo report from the headquarters of the capital Monrovia.

Anja Niedringhaus was the first woman hired by the European Pressphoto Agency in 1990. Since then, the German photographer has braved the danger of Yugoslavia, Iraq and then Libya. Killed in 2014 during clashes in Afghanistan, Anja Niedringhaus proves, if need be, that the profession is not spared during the fighting and that courage has no gender.

Is there female war photography?

All these photographers have contributed to bearing witness to the truth of the conflicts and to forging our representations of them.. If there are female photographers, there may not be female photography. Their images also endeavor to show the brutality of conflicts, the truth of death. Despite everything, they are often the only ones to have a privileged access to family privacy and to bring back from these torn areas more intimate portraits.

Like their male colleagues, these photographers all have a unique look at what is happening in front of them, offering their unique photographic style. For the needs of the press, reframing and editorial choices will prove to the spectators of the exhibition that the image taken on the spot is not always the one published.

At the Musée de la Liberation, nearly a hundred archival documents bring to the center of attention the involvement of women in times of war, both in front and behind the lens.

The exhibition is organized in partnership with the General Leclerc Museum, the Jean Moulin Museum and the Kunstpalast in Düsseldorf.
More information and tickets on the site of the museum. A exhibition catalog is also available.

Expo: women war photographers in the spotlight at the Liberation Museum