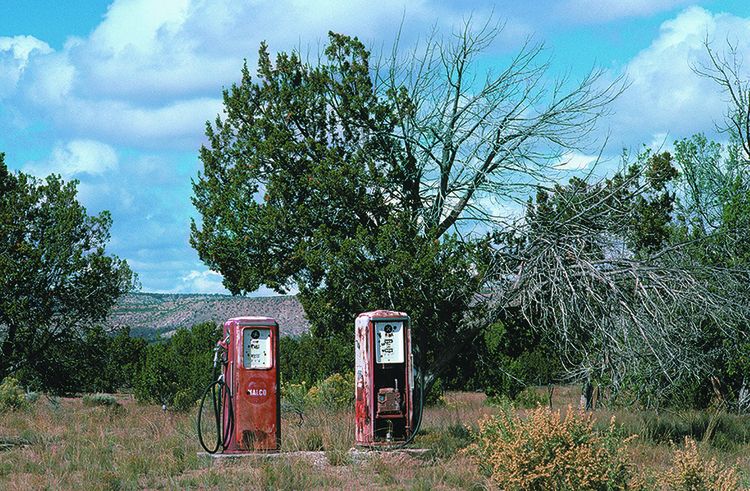 The 2022 edition is a very special vintage for America. The American literature festival which is normally held every two years in Vincennes is back after four and, with its sixty guest authors, reflects a profound upheaval in codes and ideas.

“Nothing will ever be the same again”, says its creator, the publisher Francis Geffard. Always very reactive to the turbulence of their country and that of the world, American writers have been confronted with a real big bang: the MeToo and Black Live Matter movements, the pandemic and the fires, Trump’s devastating presidency ended with an aborted coup attempt and a return to moral order (challenging abortion, attacks on the LGBT community)… Enough to completely disrupt the situation and inspire new themes, new authors…

“To say the flaws of America”

Far from a literature above the fray and which takes its time, American novels are doped with urgency “to tell the faults of America”, explains Francis Geffard. We are witnessing the emergence “of a post-pandemic literature, more political, more ecological, willingly apocalyptic. The historical legacy, in particular the crime of slavery, is re-examined with acuity”. The heroines are now on an equal footing with the heroes, black literature cuts cruppers to white literature, questions of gender and sexual identity are at the heart of the plots.

The publishing world has come together: “80% of new fiction manuscripts are written by women, African Americans, representatives of various ethnic or gender minorities. » With a perverse effect, concedes Francis Geffard: “For commercial reasons, identity casting risks taking precedence over the quality of the works…”. For now, fortunately, the harvest is good and a breath of fresh air is invigorating novelistic creation in the United States.

Aptly dubbed “Voice of America”, the 10e America festival will reflect this effervescence and this diversity, with in particular a large delegation of native writers from Canada and the United States. Despite the defection of fifteen authors (linked to the fear of the Covid), a gala poster, very ecumenical, is offered to fans of American literature, twentieth anniversary requires.

Alongside new voices, such as Leila Mottley, Emma Cline or Ta-Nehisi Coates, are icons such as Richard Ford, Jonathan Franzen, Louise Erdrich or Armistead Maupin. Carrying a rich heritage, these great pens will inevitably bring their precious stone to the debates organized during these four days. Ahead of the event, we offer you a focus on ten writers, old or new stars representative of American literature in all its forms.

The 82-year-old writer is one of the last great committed novelists of the end of the 20th century.e century – the one who wrote at the end of Drifting Continents : “Go my book, help me destroy the world as it is. » Novels of justice and anger (Beautiful tomorrows), social novels (Under the reign of Bone), world novels on Haiti or Liberia… Russell Banks still captivates his readers with Oh Canada, just translated into French, which tells the filmed confession of an old militant on his deathbed. The writer, sick (he must intervene by videoconference in America), has just released a new novel acclaimed by the American critics MagicKingdom.

She was for a long time one of the few writers to carry the torch of Native Americans. Daughter of an Amerindian Ojibwa, Louise Erdrich, 68, is a novelist of the caliber of Joyce Carol Oates or Toni Morrison. His picaresque, poetic and dreamlike fiction is mainly set in the majestic lands of North Dakota. Of his eighteen published novels, the most famous are love medicine (wizarding love) (1984) and The one who watches (2021 Pulitzer Prize) in which she recounts her grandfather’s epic struggle in the 1950s to save his Indian nation threatened by a government project.

The most American of novelists in his way of evoking the American Way of Life is also the most European in his way of handling introspection. Richard Ford, 78, left his mark on literature with his trilogy A weekend in Michigan, Independence and State of play, crossed by a recurring hero, Franck Bascombe, his false double. Author also of two wonderful autobiographical stories, My mother (1993) and Between them (2017), Ford depicts with infinite subtlety an American middle class staggering on a wire. His latest work in French is a collection of short stories.

As comfortable in family sagas as in societal frescoes, he has if not revolutionized, at least modernized literature by reinventing the realistic novel at the dawn of the 21st century.e century. Jonathan Franzen, 63, made an impression with two masterpieces: The corrections, Dickensian as hell, and “Purity”, a world novel denouncing technological excesses through the setbacks of a whistleblower guru. His last opus, Crossroads, the first part of a family trilogy, focuses on the 1970s, with a slowness, a meticulousness a bit off-putting. But the saga has only just begun…

The budding writer who dropped out of Yale to have an affair with Salinger in the 1970s never gave up on her calling. From book to book, she has imposed her tender and uncompromising gaze on the destiny of American families and women. Some of his successes have been adapted to the cinema like Ready for everything by Gus van Sant (1992). Until this eleventh novel “Where happy people lived”, Grand Prix American Literature 2021″, where she explores female psychology and the fight for emancipation with extraordinary finesse.

It is with a try, Black Anger, crowned with the National Book Award in 2015, that journalist Ta-Nehesi Coates has established himself as a leading intellectual in the United States. Presented as a letter to his son, he denounces the systemic violence against blacks and points out the difficulty of the fight against a white supremacy that he considers indestructible. But he also caused a sensation with his disturbing novel The Water Dance (2021) which uses magical realism to evoke the trauma of slavery. Along with Colson Whitehead and Robert Jones Jr, he is part of this new generation of African-American writers who crudely put America’s racist past into perspective.

At 19, the Californian is undoubtedly the youngest of the festival. Written at the age of 17, his first novel, “Surpenter la nuit”, is a revelation. Inspired by a sordid news item that shook her city of Oakland in 2015, the young African-American poet puts herself in the shoes of an orphan forced into prostitution to ensure her survival, that of her rapper brother and of her junkie neighbor’s little boy. Become the sex toy of the police, she will fight not to sink, helped by her sweet friend. Feminist, anti-racist, committed without ostentation, she signs a shocking, moving book, hailed by everyone across the Atlantic.

Originally from Kansas, professor of literature at Stanford, Shannon Pufahl is the author of one of the most beautiful and disturbing novels of recent months: “And we will flee on fiery horses”. Between racetracks and gambling halls, San Diego, Las Vegas and Mexico, a trio of young people are chasing after their dreams and redrawing the map of tenderness in the corseted America of the 1950s. Hetero/homo… the boundaries are blurring in a haze of desire, a drunken quest for freedom. Shannon Pufahl proves it: American literature reinvents itself where it wants, when it wants.

Of Japanese origin, the Californian writer in her sixties has published three moving and unique novels. His second, “Some had never seen the sea”, evokes in the form of a chorus of women the disastrous fate of these Japanese women who left their country at the beginning of the 20th century.e to marry in the United States a man they did not choose. A tragic poem novel crowned with the Prix Femina in 2012. His new opus, The swimming line, features Alice, a woman whose mind cracks at the same time as the swimming pool she frequents. Her altered memories overwhelm her.

Viet Thanh Nguyen, the eye of the exile

Born in Vietnam in 1971, Viet Thanh Nguyen fled his country after the fall of Saigon for the United States. His first novel, “The Sympathizer”, which depicts a double agent flying over the Vietnam War, had the effect of a bomb: ironic, tragic, sparing no party and especially not America, he won the Pulitzer Prize in 2016. His second book, a touching collection of short stories, essays, then his second novel The Devoted (2021), which sees our “sympathizer” land in Paris, confirmed his talent as a subtle, lucid and committed writer.

venue : Vincennes (throughout the city).

Festival America: the new age of the American novel