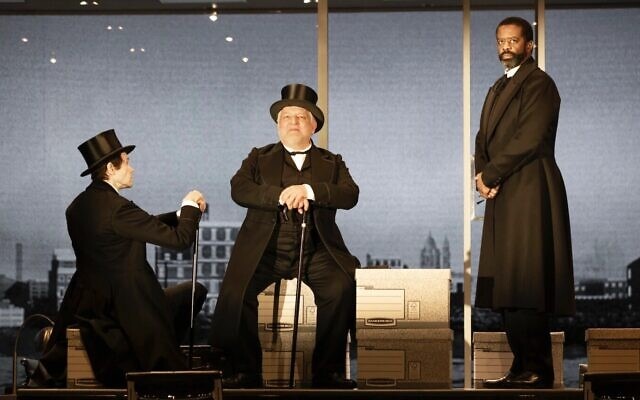 The much-anticipated revival of “Funny Girl,” starring Beanie Feldstein in the role popularized by Barbra Streisand telling the story of pioneering Jewish comedian Fanny Brice, almost left empty-handed, despite Feldstein’s reputation and rewrite from the book by stage and screen legend, Harvey Fierstein.

The show ultimately received only one nomination, for actor Jared Grimes, much to the chagrin of Feldstein and Fierstein (and other big headliners like supporting actor Jane Lynch).

Also shunned, “Plaza Suite”, a cover of Neil Simon’s play featuring the Jewish couple in the city formed by Sarah Jessica Parker, daughter of a Jewish father who identifies as culturally Jewish, and Matthew Broderick (mother of of Jewish descent), garnered only one nomination, for costume design.

Other Jewish performers and Jewish-inspired shows have been more successful. “The Lehman Trilogy,” an epic, multi-generational saga of the infamous Jewish financial family, received eight nominations, including best play, and the three main actors were also nominated, including Adam Godley, who is Jewish.

“Girl from the North Country,” a jukebox-inspired show built around a Bob Dylan songbook, received seven nominations, including best musical and best book. Orchestrations of Dylan’s Great Depression-era tunes have also been singled out.

“North Country” is the second musical based on Dylan titles, but it has far more success – critically and commercially – than the much maligned first, “The Times They Are a-Changin”.

“Mr. Saturday Night,” Billy Crystal’s musical based on his 1992 film about a declining comedian, received five nominations, including Best Musical and Best Actor for Crystal. He also co-wrote the nominated libretto with Jewish writing duo Lowell Ganz and Babaloo Mandel. Actress Shoshana Bean, who is Jewish, was also nominated, as were composer Jason Robert Brown and lyricist Amanda Green, both Jewish.

Where “Funny Girl” failed to modernize a classic, several other Jewish shows have had more success. “Company”, a cover of Stephen Sondheim’s classic, thus obtained nine nominations, including that of the best cover of a musical comedy. The show was originally scheduled to be timed for Sondheim’s 90th birthday, but delays related to the COVID-19 pandemic deprived Sondheim, who died last November at age 91, of that fun.

“Caroline, or Change,” Tony Kushner’s musical about a black maid employed by a Southern Jewish family in 1963, received three nominations, including best revival of a musical.

And “American Buffalo,” a revival of Jewish playwright David Mamet’s caustic 1975 play about a bric-a-brac store, was nominated for four Tonys, including best cover, as was “Take Me Out,” story of a gay professional baseball player, by Jewish playwright Richard Greenberg. 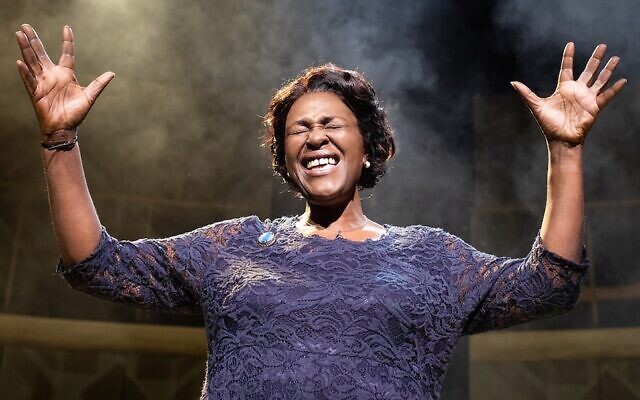 “How I Learned to Drive,” a revival of the 1997 Pulitzer Prize-winning play dealing with taboo subjects such as pedophilia and incest, was nominated for three Tonys, including Best Cover. Its author, Paula Vogel, had a Jewish father and also wrote other plays inspired by the Jewish world.

Overall, it was a difficult year for Broadway, which resumed activity after two blank years linked to the pandemic and experienced many logistical problems when, for example, artists contracted the coronavirus. Many shows have made sure to get out ASAP to premiere in time for the Tony Awards. The 75th Tony Awards will air June 12 on CBS and Paramount Plus.