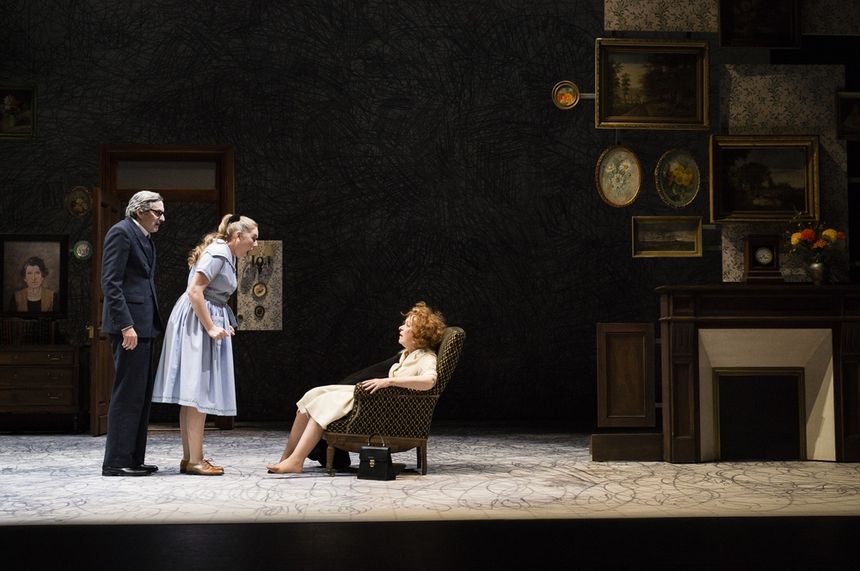 Harvey will be played from September 21 at Roundabout Theater.

Summary : Elwood- Jacques Gamblin — is a sweet wacko flanked by an imaginary friend, a six-foot-tall white rabbit, whom he calls Harvey. In the hushed comfort of the Simmons’ house, Elwood’s madness disrupts the oily mechanics of bourgeois society and its habits. Head to the asylum, passing through labyrinths of misunderstandings and hilarious twists, in a fantastic fresco with sets fallen from the sky or emerging from the backstage.

Iconic Broadway play since its creation in 1944, Pulitzer Prize for its author Mary Chase, Harvey twists the codes of comedy, mixes childish cruelty and wonder in a humanist epic, a rhythmic ode to difference.

” Mary Chase takes us, in every sense of the word, from a cramped living room to a modern private clinic. With talent, she alternates enormous laughter, tenderness and suspense, to tell the extravagant story of Elwood P. Dowd and his rabbit. So the play navigates between burlesque and wickedness, madness and generosity, loneliness and sweet empathy. And especially, Chase creates Elwood, a lunar and disturbing character, fearing neither spells, nor cruelty, nor the unknown. An active dreamer who lives an “on the side” life and who wants nothing more than to take Harvey for a drink, at Charlie’s, where they have their habits…” – Agathe Melinand

“It’s a comedy that leaves power to the imagination and dreams, while grating with all its twists… Harvey addresses the themes of difference, tolerance and loneliness… A lot. Mary Chase points to an unbearable world where incommunicability weighs. The friend Harvey is a factor of optimism which tumbles in this shrunken society…” Laurent Pelly