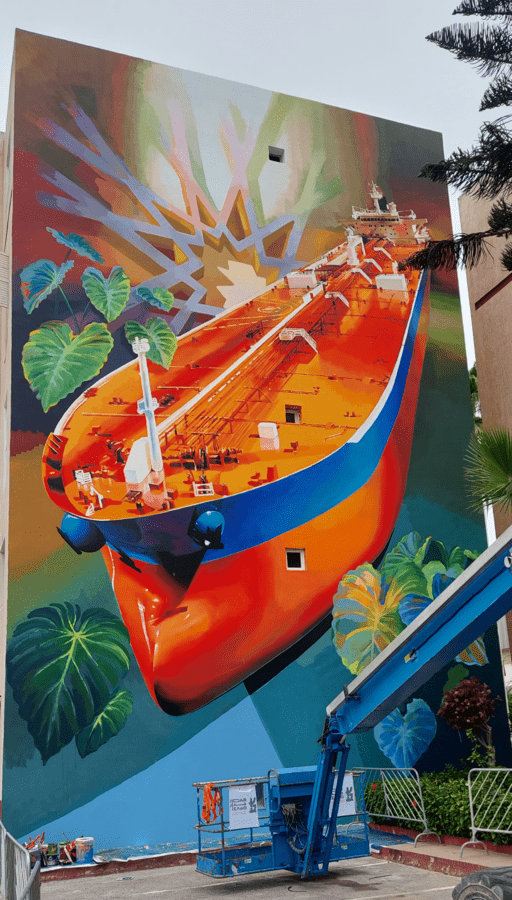 The Nitra-born Slovak artist has imbued a facade in the Agdal district with a brightly colored, pop-art inspired ship (Photo provided). 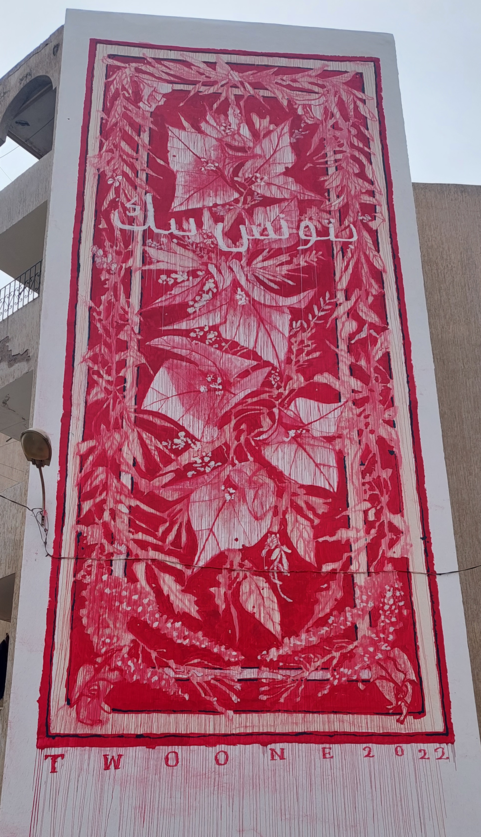 As for this Japanese artist, it is from the legendary Arab singer, Warda al-Jazairia, that his fresco in the district of Yacoub el Mansour is inspired (Photo provided). 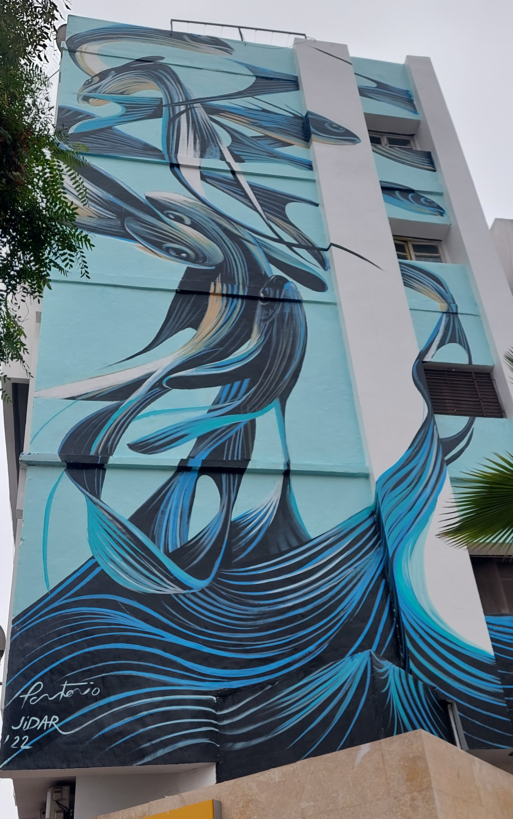 A 15-minute walk away, in the same district, Pantonio pays homage to the marine world through its fresco with fluid lines (Photo provided). 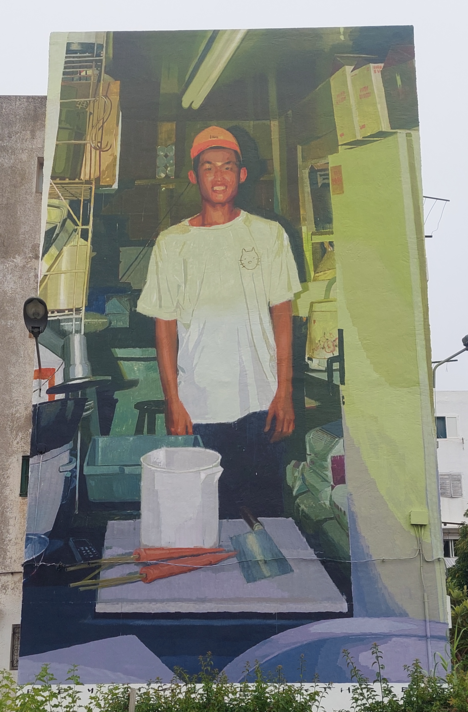 In the neighborhood of Hay el Fath, the Canadian artist opted for a portrait of his distant cousin from a family album (Photo provided).

Also in Hay el Fath – a few minutes walk away – the Moroccan visual artist and street artist presents a woman with an averted gaze (Photo provided). 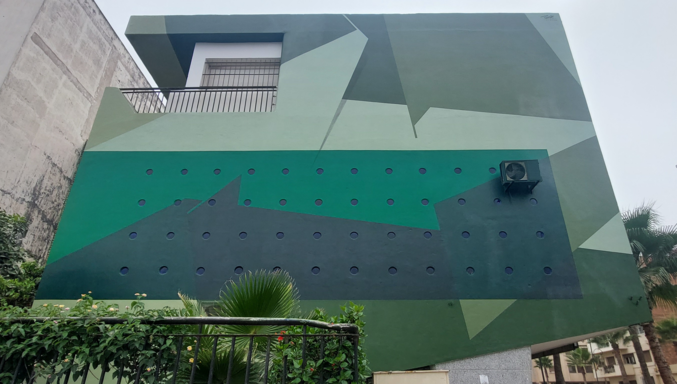 In the Ocean district, the Moroccan artist from Meknes signs a fresco that is part of the abstract and graphic forms (Photo provided). 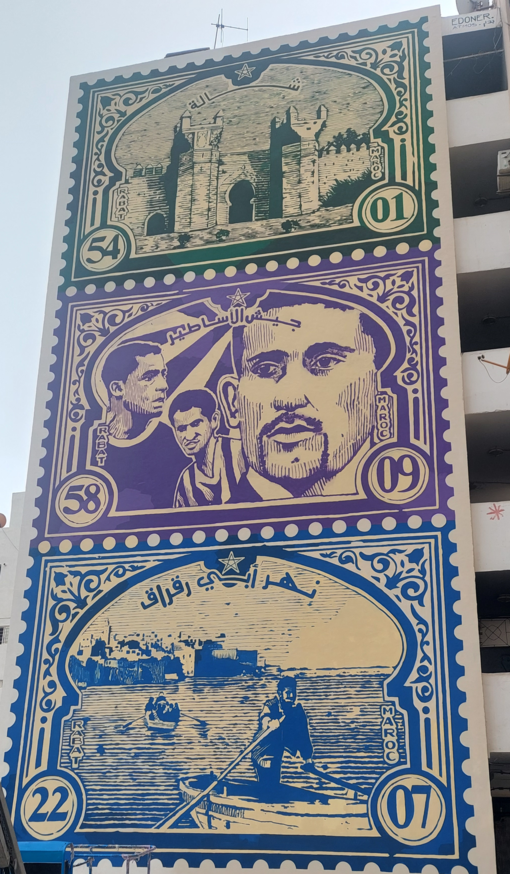 As for the Moroccan artist Ed Oner, he pays homage to Rabat through 3 superimposed stamps (from bottom to top): the Bouregreg river which crosses Rabat, the football team of the Royal Armed Forces, and finally the Chellah , archaeological site of a Merinid necropolis inscribed on the UNESCO World Heritage List (Photo provided). 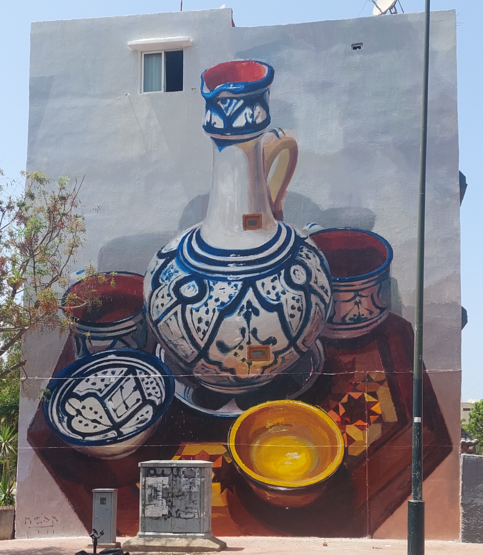 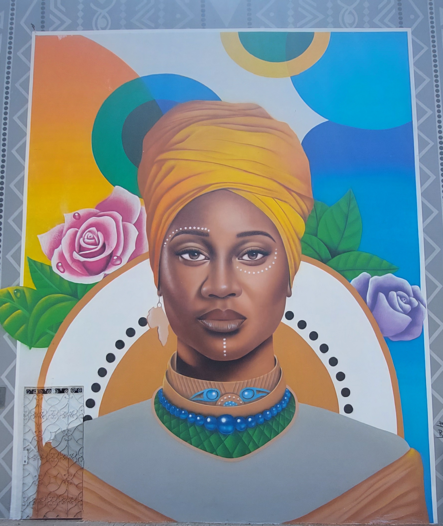 For his part, the Senegalese artist opted for a representation of the African woman, not far from the fresco of Mesa, still in the district of El Youssoufia (Photo provided).

In the district of the Ocean, it is at the level of a horizontal facade of approximately 100 meters that several artists have made an appointment with a view to embellishing it. A collective wall that allows passers-by and the curious to rub shoulders with the artists present in a friendly atmosphere. Yassine Mandar is one of these artists, and agrees to discuss it with Arab News in French.

We young artists rejoice a lot when we see such initiatives in our country.

Mandar is particularly interested in the human body, “not only from an anatomical and organic point of view, but also from a functional point of view”, which he tries to express through his art. Through his works, he hopes to arouse an “abstract reflection of reality” in order to “enable us to see life from another angle”.

For Mandar, winner of the Ecole Supérieure des Beaux Arts in Casablanca where he is from, the Jidar festival was “a wonderful experience” during which he “learned the new methods and techniques used in murals”.

“We young artists rejoice a lot when we see such initiatives in our country,” he adds.

“We would like more support and donations to develop this form of art”, because according to him, “street art carries important messages to the general public”.

Mandar is not the only one to be delighted with the holding of this cultural event. Hanane, a resident of the Ocean district, told Arab News in French that these frescoes “add charm” to his native district.

How to locate the Jidar frescoes?

In pictures: The “Jidar” street art festival adorns the facades of Rabat