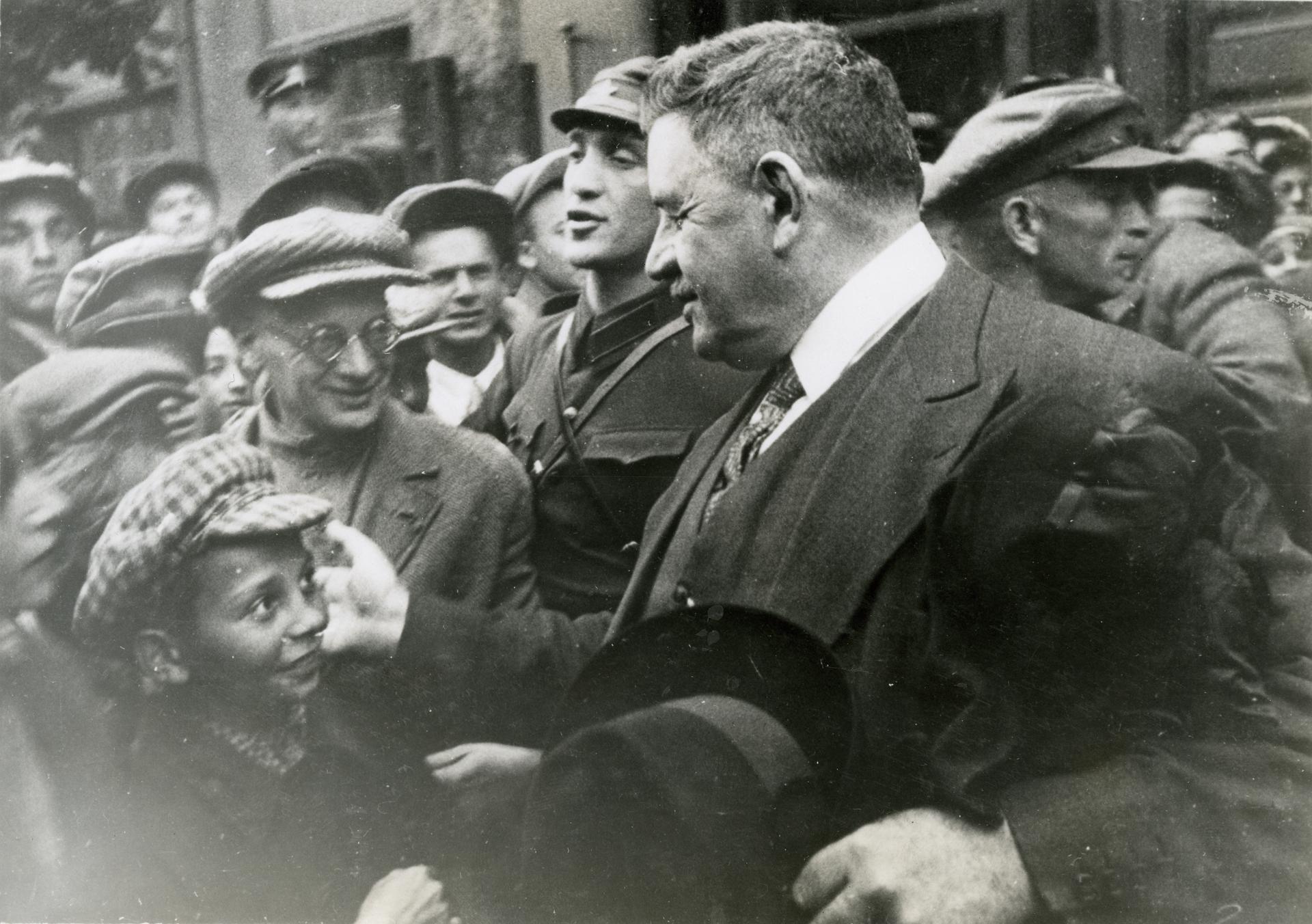 Narrative“Russia-Ukraine, the war of stories” (2/3). “Le Monde” returns to the way in which the memories of the two countries clash. Second part, the famine which decimated millions of Ukrainian peasants, an emblematic drama, concealed by the Soviet power and minimized by Vladimir Putin.

There was a crowd at Brotteaux station to welcome President Herriot to his good town. It must be said that on September 13, 1933, the irremovable mayor of Lyon, leader of the Radical Party and former President of the Council, was returning from an unusual trip. A few days earlier, at the invitation of the Soviet government, he had crossed the USSR, from Odessa to the Baltic. Since the October 1917 revolution, it was the first time that a political leader of this stature had the opportunity to visit the homeland of communism, about which disturbing rumors had circulated for months.

As soon as he got off the train, the question that was burning on everyone’s lips was asked: is there a famine in Ukraine? Edouard Herriot’s response is anything but spontaneous: “I crossed Ukraine. Well ! I tell you that I saw it as a garden in full production, a beautiful garden with black and rich soil covered, over considerable areas, by magnificent harvests. It is assured, you will say to me, that this region lives at these times in a sad time? I can’t talk about what I haven’t seen. However, I had myself taken to places that were said to be tested. However, I have only seen prosperity. »

In his story Anything goes (in Works, Robert Laffont, 2006), the great Soviet writer Vassili Grossman made a devastating allusion to this episode: “One day, I remember, an old man brought the chairman of the kolkhoz a piece of newspaper, which he had picked up on the way. A Frenchman had come to our house, a well-known minister, and they had taken him to the Dnepropetrovsk region where the most appalling famine was raging, a famine even worse than ours. There, men eat man. So the minister was taken to a village, to the kindergarten of the kolkhoz, and there he asked: “What did you eat for lunch? And the children answered: “Chicken broth, pirozhki and rice croquettes.” To say that I read this with my own eyes. This piece of newspaper, I can still see it. But what is this ? We coldly kill millions of people and we abuse, we deceive the whole world! Chicken broth they write! Croquettes ! As they ate earthworms…”

Edouard Herriot stayed two weeks in the USSR, including five days in the wealthy Ukraine (from August 26 to 30, 1933) and, even though during the previous months, 3 to 5 million people had died of hunger there, he did not so seen nothing. In a painstaking and damning investigation (The Voyage of Monsieur Herriot, L’Harmattan, 2018), the historian Iryna Dmytrychyn sheds light on the means deployed by Stalin to conceal the tragedy as well as the part of blindness that it took for the French to accept, in the name of reason of State, to look away when what he saw didn’t fit the official narrative. The city streets “cleaned” of corpses and all traces of misery, the shops suddenly full, the hotels hastily repainted (to the point that the smell bothers visitors)… Nothing is missing, and the pinnacle is reached in kyiv , when Edouard Herriot enters the Sainte-Sophie cathedral, during a service: ” It is Sunday. The old archbishop, in a robe of gold bordered with red, motionless, (…) impassively presides over the ceremony, while chants rise, followed with reverence by a few poor women under dark arcades »he will describe later, still bewitched by the scene.

You have 79.16% of this article left to read. The following is for subscribers only.