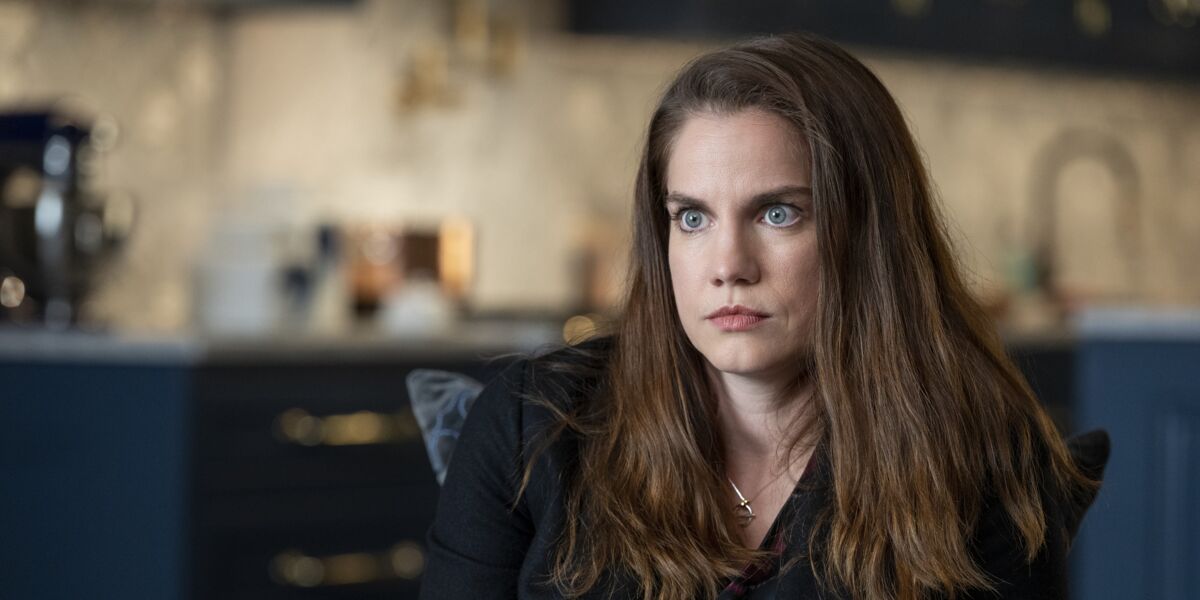 Last production of Shonda Rhimes on Netflix, before the highly anticipated season 2 of The Bridgerton Chronicle, Inventing Anna has been making a lot of noise since its release on February 11. Filmed between New York and Marrakech, the series looks back on the criminal journey of the con artist Anna Delvey, whose real name is Anna Sorokin, who fled her native Russia to develop a large-scale scam in the United States. From her prison, where she waits to know if she will be extradited to Germany, the real Anna Delvey declared that she did not intend to watch the series, before changing her mind. “Am I that unbearable?” she would have said when discovering herself in the mini-series. If the young scammer, played by actress Julia Garner, continues in the series sulky pouts and crises much more exhausting than her accent, which has aroused controversy, the series has a cast of very annoying characters. There’s Rachel, 1m63 of total silliness, Neff a walking caricature or even Kacy Duke, the cliché of the “so hype” coach. But at the top of this pyramid, the one who wins the Oscar for the most unbearable character in the series is called Vivian Kent, the journalist played by the no less annoying Anna Chlumsky.

If the actress is surely very likeable, I wouldn’t last two seconds in the company of her character. Was this hardly flattering portrait to the liking of the real journalist, Jessica Pressler, what is the character of Vivian based on? Me, in his place, I would have the sum… Why so much hatred? Let’s go back to the XXL tense personality of the reporter. Let’s skip the mimics that Vivian unfortunately does not grace us with, widening her eyes, vociferating every five minutes, dressed in rags while everyone around her is wearing luxury outfits – the pregnant journalist dressed like a bag, hello cliché! How to identify with this heroine supposed to create a bridge between the spectator and Anna Delvey when she is most of the time, hysterical, sorry but there are no other words?

Too aggressive, self-centered and exuberant, the character of Vivian is too distant for us to want to listen to the story she has to tell us. From there comes, I think, the confusion created by this scenario made of back and forth between the past and the present, a construction in which Vivian should serve as an anchor point, taking us by the hand. Except that after five minutes of seeing her fidget, we just want to say “ciao” to her, dive into the past and find Anna the scammer, before she crosses paths with this madwoman.

Inventing Anna: a totally surreal sequence with Vivian, not to mention her delivery…

Shonda Rhimes’ message is thinly veiled. Her female characters are wonderwomen. Which is commendable, except when its figureheads are insufferable shrews. Vivian’s bland husband comes to pass for a saint, so patient and understanding is he. Everything that could make Vivian a heroine: a job as a journalist in a major magazine, a reputation wrongly contested by her peers, the stubbornness and perseverance of a professional, the fear of a pregnancy that goes too quickly for she… pschitt. At no time does she manage to convey passion or a share of vulnerability. Passion is not talking loud and fast. Vulnerability is not laying your head on your partner’s shoulder. The line is so forced that it becomes ridiculous. The sequence or Vivian, who wants to finish her article at all costs “to be a winner“, frantically typing on her keyboard in “I’m laying the future Pulitzer” mode, a towel near her desk in case her water broke left me speechless.

As for this ultra embarrassing childbirth during which she finds ultimate strength when her husband says to her “that she is losing“and she repeats that she is”a normal woman, some give birth in a field“Was it necessary to underline the character’s intentions so much? By exaggerating the “heroic” features of its main character and surrounding him with men without consistency and without interest, Shonda Rhimes turns what should have been an admirable role into an unbearable character.

Inventing Anna (Netflix): is it us or is the character of the journalist just unbearable?