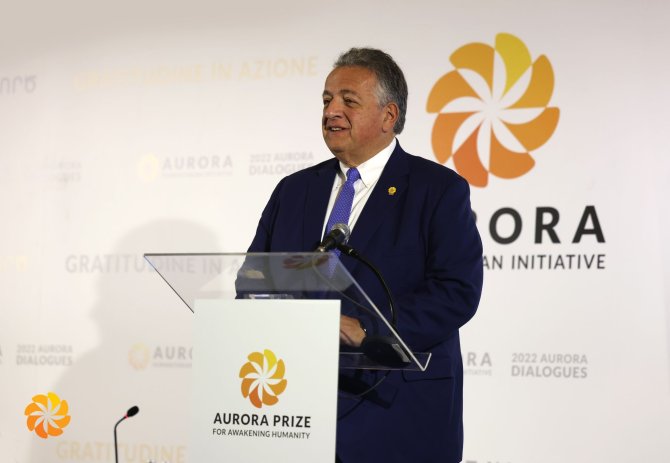 The winner of the Aurora Prize is honored with a $1,000,000 award US and a unique opportunity to continue the cycle of giving and supporting organizations that help those in need.
October 15, 2022, San Lazzaro Island, Venice – The seventh annual Aurora Prize for Awakening Humanity has been awarded to Jamila Afghani, educator, human rights defender and founder of the Noor Educational and Capacity Development Organization (NECDO). Jamila has dedicated more than 25 years of her life to giving women in Afghanistan access to education. She was commemorated at a series of high-level philanthropy-focused events hosted by the Aurora Humanitarian Initiative in Venice, Italy, October 14-16.
Before August 2021, NECDO had over 100,000 women enrolled in literacy programs, through the establishment of small centers in many communities run by local women. The organization also provides legal aid and psychosocial support to over 10,000 women who have been abused by a family member or partner. Forced to flee Afghanistan, Jamila continues to help others from a distance.
After the takeover of her country by the Taliban, Jamila Afghani had to leave her homeland, but she did not give up helping its inhabitants. NEDCO continues to support vulnerable Afghan women and families, highlighting the lack of access to education, domestic violence and other contemporary issues facing women, while providing financial assistance to human rights defenders rights, journalists and lawyers.
“ Our mission at Aurora is to recognize, celebrate and spread the work of humanitarians like Jamila Afghani around the world. Modern-day heroes inspire and guide us and show us how to persevere in the face of seemingly overwhelming challenges. They remind us of our common humanity and encourage us to show the same commitment to the service of the poor and the marginalized. They also remind us of our duty to give everyone an equal opportunity said Lord Ara Darzi, Chair of the Aurora Prize Selection Committee and Co-Director of the Institute of Global Health Innovation at Imperial College London.
Each year, the Aurora Prize is awarded by the Aurora Humanitarian Initiative on behalf of Armenian Genocide survivors and in gratitude to their rescuers. The winner receives a $1,000,000 scholarship and has the opportunity to continue the cycle of giving by supporting organizations that help those in need. As the winner of the Aurora Prize 2022, Jamila Afghani has chosen to support the Women’s International League for Peace and Freedom (WILPF) and the Noor Educational and Capacity Development Organization (NECDO). WILPF is a member-driven international organization that seeks to promote world peace by advocating for disarmament, the abolition of violence, women’s human rights and gender equality, and NECDO is a non-governmental organization that provides humanitarian and development assistance to women, youth and children in Afghanistan.
JPEG – 139.2 kb” />

“ From my professional experience, I know that the issue of human rights is a struggle. We go through those times, and this is one, where it’s not very clear how we’re going to see the way forward on so many issues, where we’re running out of time. People like Jamila Afghani shed a light of hope on the future and show us all a way out of the darkness noted Mary Robinson, member of the Aurora Prize Selection Committee, former President of Ireland and former United Nations High Commissioner for Human Rights.
Since its launch, the Aurora Prize has changed the lives of more than one million people affected by war, conflict, persecution and other humanitarian issues, with a particular focus on helping children, displaced people , women and girls. This action-based philanthropy, focused on tangible results, is possible thanks to the supporters whose contribution allows the Prize to continue to empower the heroes of modern times. 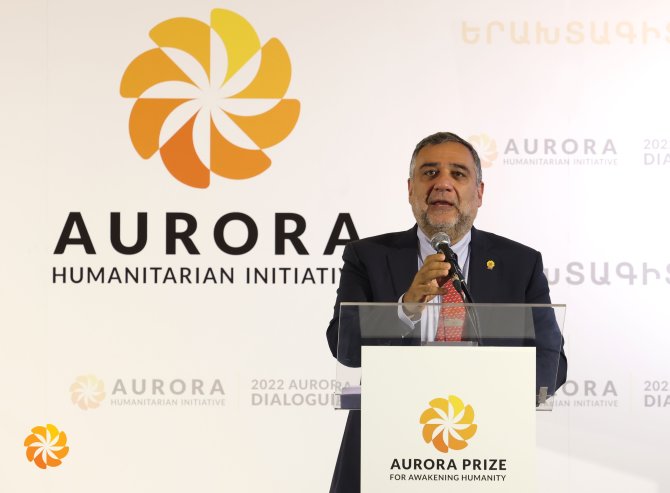 * * *
About the Aurora Humanitarian Initiative
The Aurora Humanitarian Initiative is a foundation that seeks to address humanitarian challenges on the ground around the world with a focus on helping those most in need. Its mission is rooted in Armenian history as the Initiative was founded on behalf of the survivors of the Armenian Genocide and in gratitude to their saviors and strives to turn this experience into a global movement.
All of Aurora’s activities are based on the universal concept of gratitude in action. This concept implies that countless people around the world who have received help in times of crisis can best express their gratitude by offering similar assistance to someone else. By involving Aurora supporters around the world, this initiative will become a global effort that will snowball to expand the circle of rescuers and, more importantly, the number of people saved.
By responding to urgent humanitarian challenges, the initiative offers a second chance to those who need it most. True to his vision – “ We believe that even in the darkest times, a brighter future is in the hands of those who are committed to giving others help and hope. – Aurora welcomes all who adhere to this philosophy.
This commitment aims to promote action-based philanthropy focused on tangible results. This is achieved through the Initiative’s various programs: Aurora Prize for Awakening Humanity, Aurora for Artsakh, #AraratChallenge Movement, Aurora Dialogues, Aurora Grants, Aurora Community, Index Aurora and Initiative 100 LIVES. 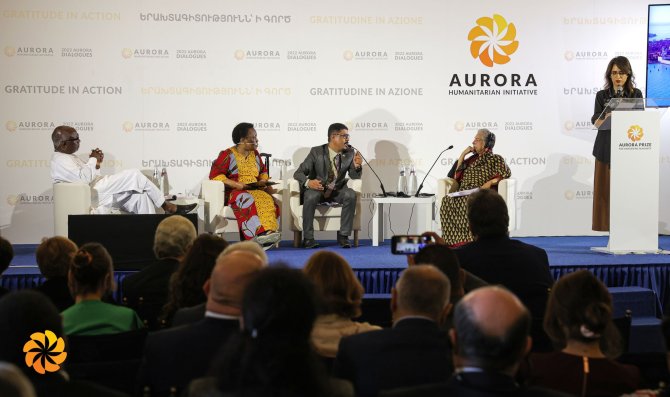 About the Aurora Prize for the Awakening of Humanity
The Aurora Prize for the Awakening of Humanity is a global humanitarian award. Its mission is to recognize and support those who risk their own life, health or freedom to save the life, health or freedom of others suffering from violent conflict, atrocity crimes or other major human rights violations. The winner of the Aurora Prize is selected on the basis of the nominee’s demonstration of courage, commitment and impact.
On behalf of Armenian Genocide survivors and in gratitude to their rescuers, Aurora Prize winner is honored with $1,000,000 prize USwhich gives her a unique opportunity to continue the cycle of giving by supporting organizations that help people in need.
The Aurora Prize selection committee is made up of Nobel Laureates Shirin Ebadi and Leymah Gbowee, former President of Ireland Mary Robinson, human rights activist Hina Jilani, former President of the Mexico Ernesto Zedillo, co-founder of Médecins Sans Frontières and former French Foreign Minister Bernard Kouchner ; journalist and Pulitzer Prize winner Dele Olojede, former CEO of Unilever and co-founder and co-chairman ofCONCEIVED Paul Polman ; human rights activist and co-founder of The Sentry John Prendergast and president of the Carnegie Corporation of New York Vartan Gregorian (1934-2021). The committee is chaired by the co-director of the Institute of Global Health Innovation at Imperial College London, Lord Ara Darzi.

World-renowned peace and human rights activist Benjamin Ferencz and Academy Award-winning actor and humanitarian George Clooney are honorary co-chairs of the Committee.
We honor the memory of Elie Wiesel (1928-2016), inaugural co-chair of the selection committee, president of the Elie Wiesel Foundation for Humanity and Nobel laureate.