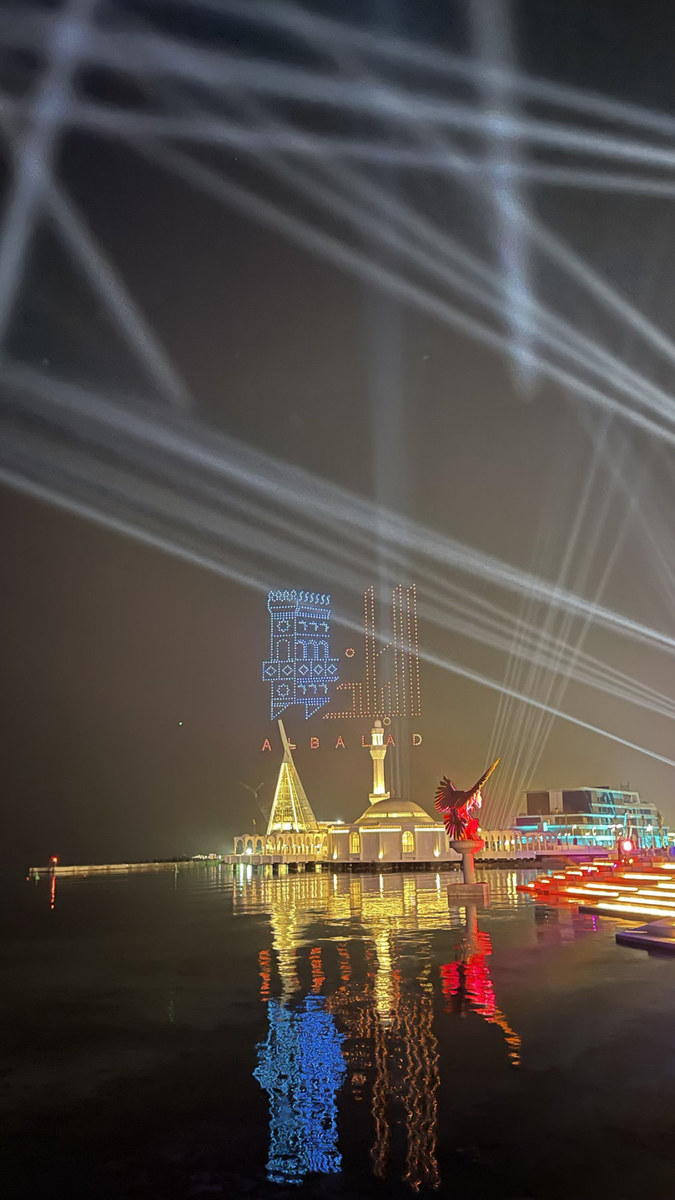 JEDDAH: Saudi Arabia is gearing up for two months of arts, entertainment and culture with the launch of the second edition of Jeddah Season.

Under the slogan “Our Magnificent Days”, the NEC unveiled the preparations for the 2022 Jeddah Season on Saturday evening.

The season, which will take place in May and June, will feature a program of 2,800 events reflecting Jeddah’s rich culture and heritage, as well as its status as an increasingly popular regional tourist destination.

The season returns after a two-year hiatus due to the COVID-19 pandemic, which forced the Kingdom to suspend public events in the interest of public safety.

Highlights of the season will include nightly fireworks on the Jeddah promenade, K-pop performances, a science festival and a Cirque du Soleil Fuzion show specially designed for the Jeddah season.

“As part of a partnership that we have established with the company, they have designed a show especially for the event,” said Nawaf Kumsani, general manager of the Jeddah season, during a press conference at the Yacht. Jeddah Club, on Saturday evening.

“The show will be played for a month. Tickets will be available soon.”

The Jeddah Jungle area will host the biggest zoo in the Kingdom, while the City Walk area will host a big comic-con type event for anime lovers. Also on the program are new restaurants and cafes, amusement parks, as well as concerts and plays by Arab and international troupes.

“Jeddah’s 2022 season will provide plenty of employment opportunities for those who wish to participate,” Kumsani added.

As part of its exceptional program dedicated to entertainment, the season will feature performances by international artists. If the 2019 lineup is to be believed, visitors are sure to have an unforgettable time.

“My friends and I were obsessed with the Backstreet Boys in high school,” Zaina, 38, from Dammam, told Arab News. “So you can imagine our excitement when, in 2019, my friends and I found out they were coming to Jeddah.”

“I packed my bags, said goodbye to my husband, dropped off the kids at my mother’s, and went with a group of 14 girls to the concert. It was the best time of our lives, and we will do it again,” she said.

“I hope this season will be just as exciting.”

The return of the Jeddah season follows the huge success of the Riyadh season, which recorded 15 million visits, hosting a host of cultural and recreational activities in the Saudi capital.

“Unlike Riyadh season or other regions, we focus more on sustainability, and we want to export all these cultural and entertainment activities from Jeddah to the whole world,” said Kaswara Al-Khatib, President of the NEC, during the press conference, in response to a question from Arab News.

“After the close of the 2019 season, towards the end of the year, we took a hard look at how we could include sustainability in how we organize and select events and activities for the next season,” he added.

The festival will serve as the backdrop for the official opening of the Jeddah Yacht Club during the Eid holiday as well as the opening of Prince Majid Park, which will hold weekly markets, art exhibitions and a fair.

“We have just wrapped up the Formula 1 races and before that the Red Sea International Film Festival, so there are a lot of events that go with the theme of the season,” he said.

“The city will thus be able to host all kinds of sporting, cultural and entertainment events throughout the year”.

Jeddah’s season is part of the national “Saudi Seasons” initiative, launched with the aim of enriching public life in the Kingdom and cementing its status as an increasingly popular major tourist destination.

The NEC has been tasked with achieving the Saudi Vision 2030 goal of expanding the calendar of events and diversifying the Kingdom’s economy into the entertainment, sports, tourism and culture sectors.

In doing so, Saudi Arabia aims to improve the overall quality of life, create a modern and vibrant economy, broaden the horizons and career opportunities of young Saudis, and become a world leader in culture and entertainment.