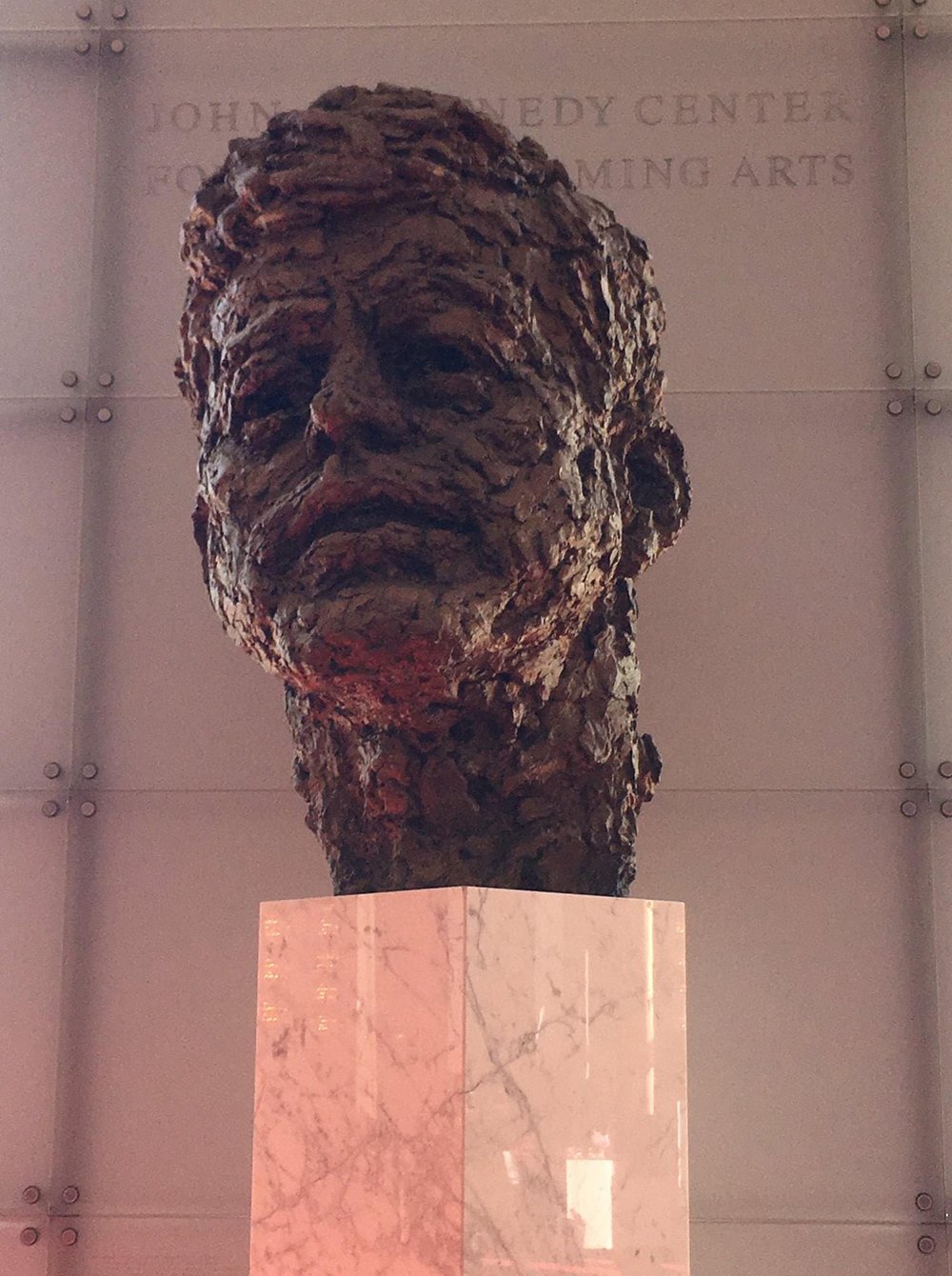 The Kennedy Center for the Performing Arts is an impressive living monument to the art that had been at the center of all activities, including politics, during the cut short life of President John F. Kennedy, who was assassinated in Dallas on November 22, 1963 The site, where there is a superb bronze bust of JFK, is currently hosting an exaggerated exhibition entitled Art and Ideals. “If the name of the place pays homage to the late president, there has never been a space containing so much information about him as this one,” said one of the president’s granddaughters, Rose Kennedy Schlossberg, to the occasion of the inauguration. For baby boomers who remember where they were on November 22, 1963, and for Gen Zers for whom John F. Kennedy is a name in history class, this event is an opportunity to learn why the Washington Post once called Kennedy the best friend culture has had in the White House since Thomas Jefferson. And how he used his function as Head of State to carry out a national mobilization around the arts. The 34-year-old is none other than the daughter of Caroline Kennedy, from the couple formed by JFK and Jackie, to whom she looks a lot like. She is named after her paternal great-grandmother, Rose, wife of the clan’s patriarch, Joseph Kennedy.

This permanent exhibition is an immersion in the love of art of JFK and his wife Jackie since they entered the White House in 1961 with what had been called cultural diplomacy. The National Cultural Center (proposed during the Eisenhower administration) has been transformed into a living monument, named after the country’s 35th president. Today, 750m2 of the space are devoted to it via videos, illuminated showcases, poster walls, artefacts as if enveloped in an animated LED screen. 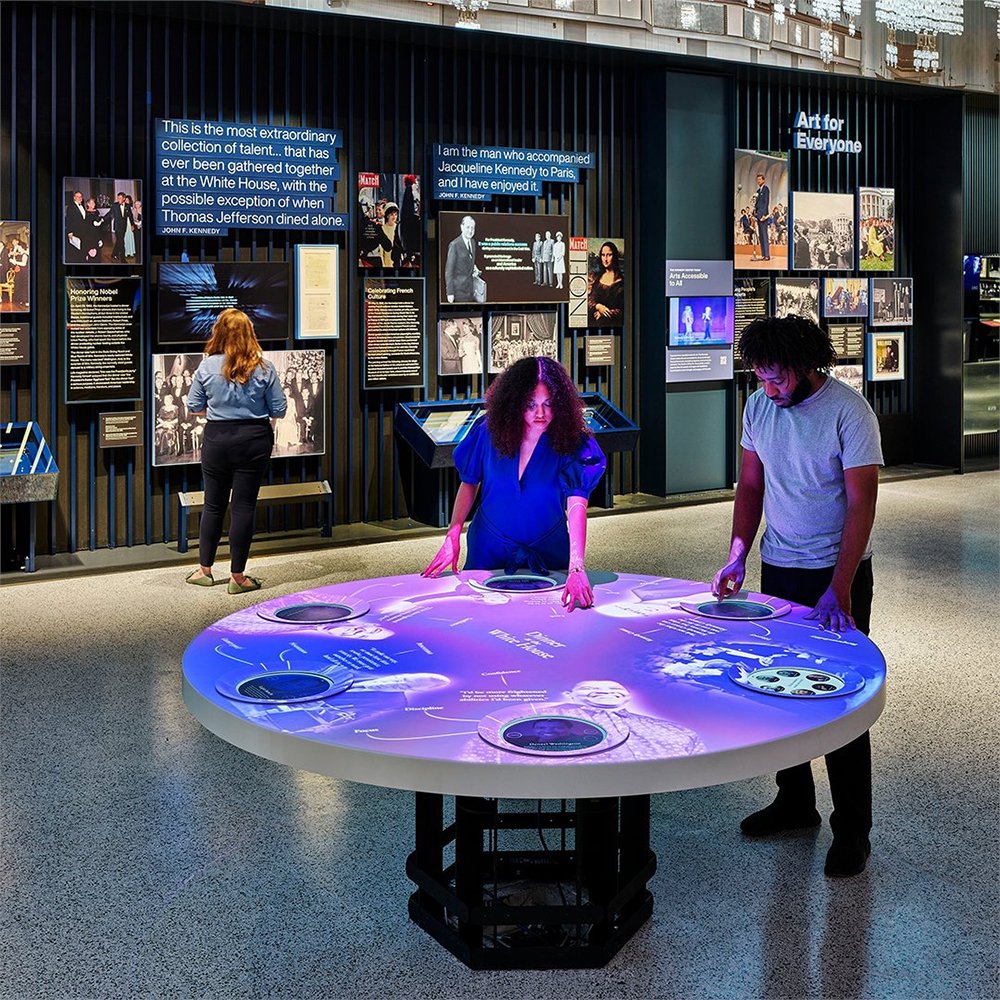 Choosing a seat at a dinner at the White House. Photo taken from the Kennedy Center Twitter account

Everything about JFK and his famous family is there. Beginning with the books he read as a child, including Frances Trego Montgomery’s Billy Whiskers’ Friends and Anna Sewell’s Black Beauty, as well as foreign-language translations of Profiles in Courage, which he published in 1956 and which had won the Pulitzer Prize, until his marriage to Jacqueline Bouvier. Later, a video of Jackie Kennedy standing next to a model of the Kennedy Center expresses her vision for future programming, intercut with clips of La Tosca and electronic soundtracks rolling out memories of the center’s opening. A section entitled The Dance of Diplomacy highlights how the Kennedy Center has sent political messages by sending, for example, the New York City Ballet to perform behind the Iron Curtain, or the Alvin Ailey American Dance Theater sent to Southeast Asia. Finally, the center uses the image of the Kennedy couple as a showcase to share with their guests the best of American art. 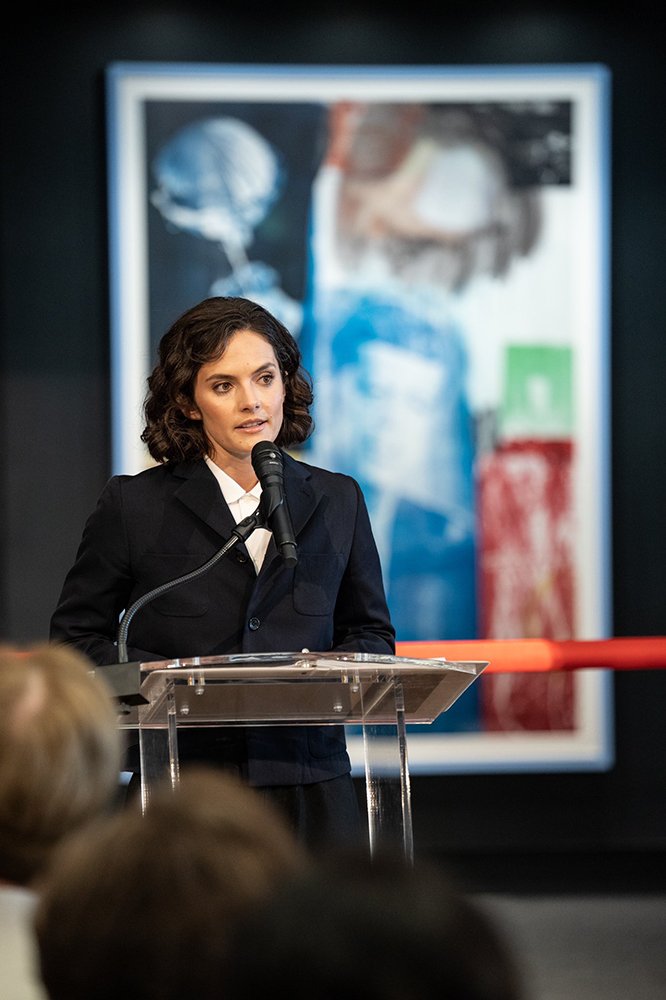 At the Kennedy table at the White House

In this set, two installations invite the public to become a virtual part of the life of the Kennedys in power. Thus, visitors can sit at an interactive dinner table reminiscent of the Kennedy meals at the White House in the presence of writers, dancers, musicians and eminent thinkers. Visitors are themselves invited to specify who they would like to dine with: Amy Tan, Francis Collins, Tennessee Williams, Aaron Copland, Isaac Stern, Dolly Parton, Yo-Yo Ma and many other celebrities. The chosen personality will be at their side in multimedia.

The entrance to the permanent exhibition Art and Ideals: President John F. Kennedy at the Kennedy Center in Washington. Photo Reuters/Kevin Lamarque

Further afield, a touchscreen kiosk also allows center visitors to create their own self-portrait in the style of painter Elaine de Kooning, who portrayed President Kennedy in a series of portraits in the 1960s. Just choose a color palette, scribble a few abstract lines in the background, and then pose for a photo. The painting appears before the eyes of visitors with a wash of brushstrokes or charcoal. A code is used to download the image and share it on social networks.

Thanks to an exceptional set-up, JFK’s living presence is everywhere. Every hour or so, the lights go out, the videos go silent, and the distinct accent of the American president echoes through the space. A black and white video allows you to hear him in his various public speeches, in order to highlight the major concerns of his presidency. Like this excerpt from a speech given in 1962 during a fundraiser for the National Cultural Center and which gives a perfect image of the man of culture that he was: “After the dust of centuries will have passed over our cities, we will be remembered too. Not for victories or defeats in battles, political or not, but for our contribution to the human spirit. »

The Kennedy Center for the Performing Arts is an impressive living monument to the art that had been at the center of all activities, including politics, during the cut short life of President John F. Kennedy, who was assassinated in Dallas on November 22, 1963 The site, where there is a superb bronze bust representing JFK, currently hosts in all its excess a…