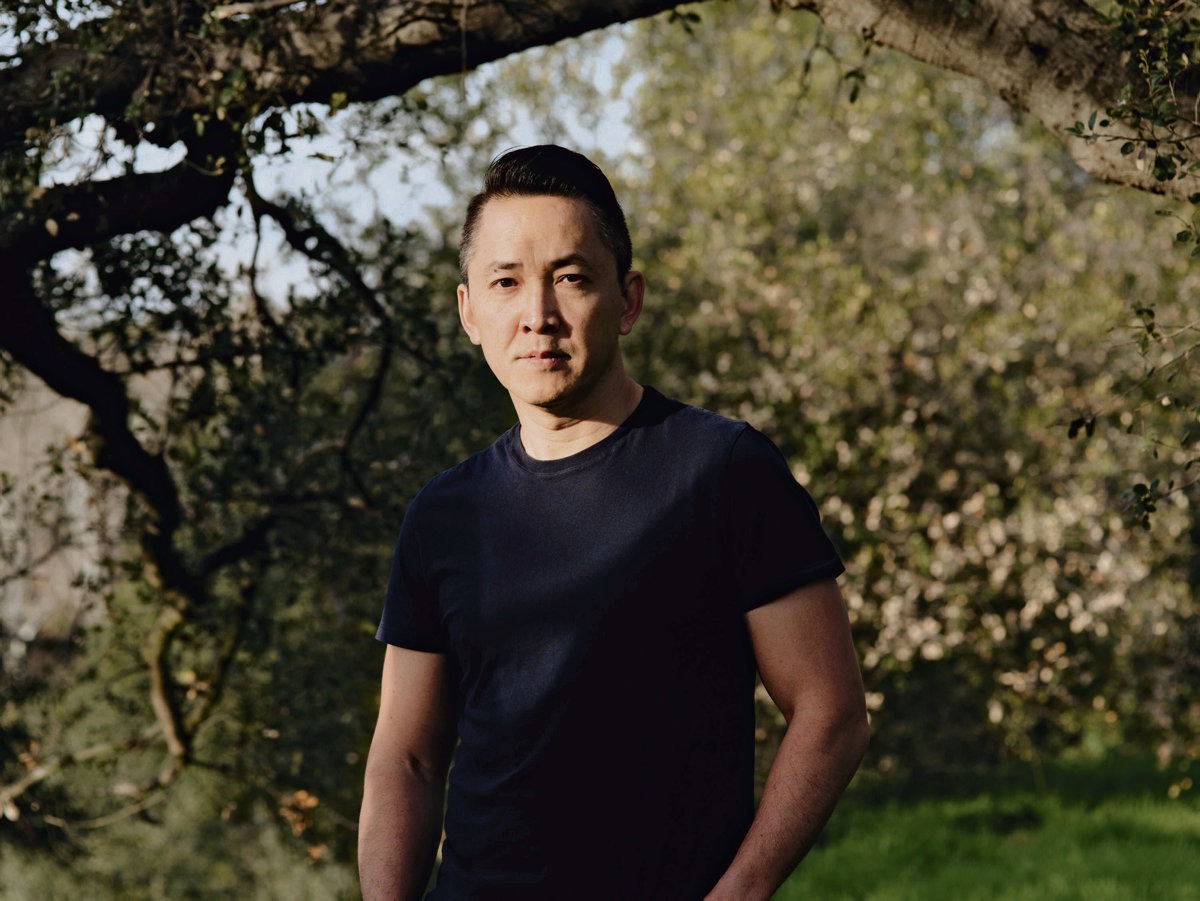 Born in Vietnam in 1971, Viet Thanh Nguyen came to the United States with his family at the age of 4. An academic, nourished by the writings of Marx, he first published an essay on the memory of the Vietnam War and a collection of short stories. In 2016 he won the Pulitzer Prize with the Sympathizer, the first part of a trilogy. The narrator, the son of a Vietnamese woman raped by a French priest, was a double agent struggling with his multiple identities and his conflicts of loyalty between Vietnam and the United States. In the Devoted, the character continues his confession in the Paris of the 1980s and continues to wonder about the possibility of revolution. Playing with satire, thriller and spy novel, Viet Thanh Nguyen signs a great political novel influenced by Césaire and Fanon.

Why is the Devoted happening in France?

Viet Thanh Nguyen My character has never really confronted the fact that he is half French. The Sympathizer said a lot about communism, about the United States and the Vietnam War, but the French were very little present. With the Devoted, I needed to confront myself more directly with what France did in Indochina, and articulate my concerns with the world history of colonialism. Americans tend to think of the Vietnam War as an isolated phenomenon, they find it hard to see themselves as an empire or to admit that they continued France’s colonial policies. To write this sequel, I came to France to research the Paris of the 1980s and meet the descendants of those who had lived through the Indochina War. In particular, I found this photograph, which is in the book, of the Vietnamese march for their rights in 1984. It was a great discovery, especially because the demonstrators were masked. It echoed one of the characters in the novel wearing a mask.

The narrator, who was a double agent, has become a kind of ghost whose Vietnamese name means “person”. Why ?

Viet Thanh Nguyen He’s got a name in my head, but I’m still not sure if I’m going to reveal it. That’s why I call her Vo Danh, a name I’ve seen inscribed on many tombstones in Vietnamese cemeteries. This is how we designate soldiers whose identity we do not know. It was a perfect name for this character because it highlights the problem of memory, commemorations.

The Devoted is crossed by the emergence of feminism, the fight against sexism …

Viet Thanh Nguyen In the Sympathizer, my character was a kind of bad James Bond, who did everything like him, including with women. I wanted to counter the racist representation of the emasculated, effeminate Asian man… I had a lot of fun but, halfway through the book, I felt that I liked my character too much, including his quirks with women, and that it was problematic. The end of Sympathizer revealed atrocities that the narrator had witnessed and had done nothing to stop. It took me by surprise. I wanted to write a sequel partly to deal with politics, colonization, but also so that my character is confronted with what it means to be a revolutionary and to be a man. Everything is linked, politics and sexuality. Many revolutions are masculinist, heteropatriarchal, which the men who led them do not recognize. The narrator of the Devoted understands that, if he wants to become a revolutionary again, he must fight violence by taking masculinist issues into account. It’s not a feminist novel, because my narrator always struggles with it, but he tries to come to terms with his sexuality, his male privileges and patriarchy.

It’s a hybrid novel, which mixes espionage, thriller, theater… How did you work on the form and the different literary genres?

Viet Thanh Nguyen I just wanted to have fun! While writing I said to myself: and why not? I was able to experiment, for example writing a six-page long sentence to describe the violence. I really care about the idea of ​​the game, for me and for my character who is also a writer, since he writes a confession. He is deeply disturbed by everything that is going on and he tries to deal with this trauma through writing. You had to make people feel how difficult it was for him. The form of the realistic autobiography would have been totally inappropriate. Maybe the Beckettian piece at the end of the book is a better way to capture his experience, both for him and for me. In the act of writing, it is difficult for me to separate my character from me.

How did you become a Marxist?

Viet Thanh Nguyen At UC Berkeley, I wondered a lot about my identity and my journey as a Vietnamese refugee in the United States. The quest has been long. In the United States, the easiest answer is to immediately focus on racial and cultural differences. Multicultural ideology has its good sides, but it encourages Americans to think that their problems come only from racial and cultural differences, forgetting about capitalism, labor exploitation or imperialist wars. This is why I started to read Marx and the theorists of Marxism. It was also at that time that I read Césaire, Fanon and many others. I was thus able to make links between the question of race, social class, work, capitalism, colonialism, and war.

How to articulate art and politics?

Viet Thanh Nguyen It’s a question I’ve been asking myself since university. I see myself first as a writer. The novel form is very large and gives a lot of space to hold these questions together without reducing art to politics. Simply asserting Marxist ideas is of no interest in literature. All the games with language, form, rhythm, present in the novel, are for me the expression of a Marxist sensitivity. When I designed the trilogy, I thought that the novels would have a dialectical function, separately and as a whole. The Sympathizer is a Marxist novel because it critiques both colonialism and anti-colonial revolutions. It expresses a revolutionary ideology but also criticizes its failure. I felt that the story was not over, that a sequel was needed to include the intersection between nonviolent revolution and the emergence of feminism. But it takes a third book to reach the third dialectical stage: What does a non-violent revolution look like when it seriously takes into account feminism, internationalism, and the perspective of Indigenous peoples who are still colonized, in the United States and somewhere else ? The many works by Indigenous scholars and writers that I read are very critical of Marxism as a theory developed by Europeans. Even movements that focus on workers, on control of the means of production, can be terrible for indigenous peoples. It is very important to take into consideration their theses on territorial rights, on the environment, on different notions of time. I want to incorporate this perspective into the third installment, which will take place in the United States and Latin America.

Our opinion on the book

Continued from Sympathizing, the Devoted observes the Paris of the 1980s through the eyes of a troubled narrator.

He had been left in the jails of Communist Vietnam, relishing a life of double agent completed in the United States. In the Devoted, following the Sympathizing, the one we called “the Captain”, “Communist spy infiltrated the ragged ranks of the South Vietnamese army in exile”, has become a ghost writer who continues to write his confession in the secrecy of a Parisian attic. Born from the rape of a Vietnamese woman by a French priest, he arrived in his father’s country after a long journey, with other “undesirables” crammed into the hold of a boat. The passport he shows to suspicious French customs officials is the name Vo Danh, which means “nobody”.

Welcomed by his so-called “aunt”, a Franco-Vietnamese Communist editor and sympathizer, he is accommodated in his apartment in the Place de la Bastille with Bon, the almost brother friend and professional killer with whom he has gone through everything: political re-education and the refugee camp. Caught by a network of traffickers grappling with a gang of Algerian gangsters, the narrator observes, from his foreign point of view, the Paris of the early 1980s. Sartre has been dead for a year and François Mitterrand has just been elected , which delights the two disdainful intellectuals who frequent the living room of the aunt: BFD, a politician halfway between BHL and DSK, and a Maoist psychoanalyst.

Ferocious satire of a racist France which does not accept its colonial past and refuses to face the ghosts of the Indochina war, the Devoted uses humor as a powerful weapon to ask political questions: can we stay true to the revolution? How to reconcile the class struggle with cultural and racial issues? Is violence inherent in the male condition? Even more inventive and free in form and style than the Sympathizer, highly documented, this sequel plays with the codes of the spy novel, the thriller and the theater to restore the contradictions of a character with multiple masks.