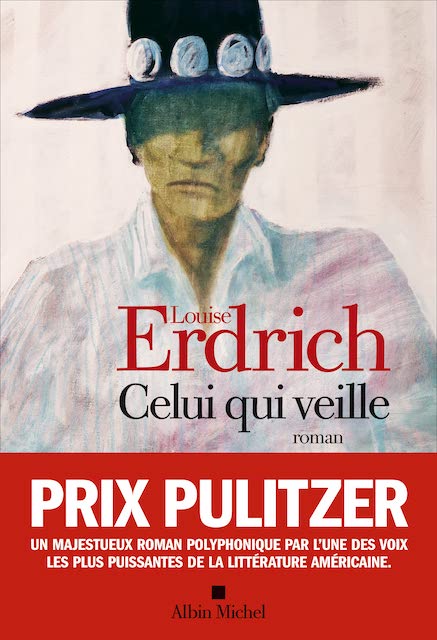 HASwith The one who watches, Louise Erdrich gives a strong novel that sweeps an era and confirms the author in her role as a leader of American literature standing on the borders of literary production. It is because the novelist has taken the side of various Amerindian minorities who live in marked isolation, under a certain dereliction. And yet the isolation experienced by tribal life in North Dakota is far from total and is even illustrated by a great wealth of customs and rites. It is that we are in 1953 and that the fight for the maintenance of certain traditions is intense, transposing itself to the political level with great vigor.

Two very different figures will dominate the novel even as many protagonists intersect on the social scene that is presented to us. On the one hand, it is Thomas Wazhashk who performs two very different functions, being on the one hand night watchman in a clockwork stone factory located on the Turtle Mountain reserve and, on the other part, as a militant that he is and who stands up against the federal government’s project supposed to “emancipate” the Indians and which only succeeds in merging them into the anonymous mass of the melting pot US. Sensitive as well as moving, the other figure is that of the pretty Patrice, called Pixie, a gifted young person, whose immediate aim, while working, is to go in search of her missing sister in Minneapolis after having designed a child.

The uncle and the niece are therefore two pugnacious personalities who meet and meet again without ever taking precedence over the other. They are moreover two among many others and among a good number of endearing personalities for the reader. And yet we are here in the presence of a society of poverty. It snows a lot in North Dakota and you have to fight to survive at all times. A feature is common to this small mountain society and it is a manner of uprightness and rigor.

Uncle Thomas’ intention is clear and almost intangible: he will defend his people without weakening and will continue on his way as long as necessary. For Patrice, known as Pixie, the path is very different: the young woman will go in search of her sister in defiance of all obstacles and even perform in ” aquarone » with diving in the water and equipped with a disguise ad hoc inside a kind of cabaret. She put herself under the leadership of a certain Jack who will also perish in the adventure. It is the brave Wood Mountain who recovers and repatriates by train Patrice and his little nephew finally found. And it is a miraculous doctor who will collect his mother Vera along a road after months of prostitution in the hold of a boat and will never stop bringing the young boy back to his mother.

This is where the astonishing scene of a transaction takes place between several members of the small, half-family group within which the division of responsibilities will hardly take place: “Vera widened her eyes and stared at Wood Mountain. He knew she was making the connection between him, the baby, Patrice, Zhaanat, and considering all the hypotheses. He also knew that he didn’t envision this baby being his. The crazy thought that he could take Archille and disappear crossed his mind. He fetched the child, proud of his beauty, totally enamored with the sleeping little face under the furry hood. “(p. 496) But also a little more, we can read this: “It seemed unthinkable to him not to be part of the life of Archille. (p. 497)

The other expedition is entirely political and mobilizes a good handful of citizens who cross the United States to reach the Capitol in Washington. This is where the delegation of “chippewa speakers” is received by some senators. Nothing really succeeds but the “brave” were able to express themselves and express their desire for autonomy as well as the maintenance of their “reserve”. But this is not the last word of the novel. The latter relates to the marital alliance between Vera and Wood Mountain. For his part, Patrice will leave to study law not far from Millie, the student from Minneapolis who supported the Chippewa group to Washington and back. We can think that, at this stage, Pixie and Millie will hardly leave each other.

This beautiful novel that is The one who watches leaves the impression of a very fraternal society which even wants to be exuberant at different times. It’s because there are parties and there are fictions that the members of the “reserve” live and tell each other. There are also moments of love shared by the young people who are the rising class. It is also a society rich in fantasies and ghosts. It should also be noted that this exuberance readily takes on the form of the text and in particular in the fact that the author likes to vary the length of the chapters, ranging from a few lines to several pages. Each time, a title is given which willingly claims its metonymical character when it is not metaphorical. Thus rhetoric contaminates the whole apparatus for evoking sites and places. Which earns us a volume that has a lot of elegance and which largely deserves the Pulitzer Prize for Fiction 2021 which stands out from the crowd.

Louise Erdrich, The one who watchestranslated from the American by Sarah Gurcel, Albin Michel editions, January 2022, 560 p., €24 — Read an excerpt

Louise Erdrich and those who watch