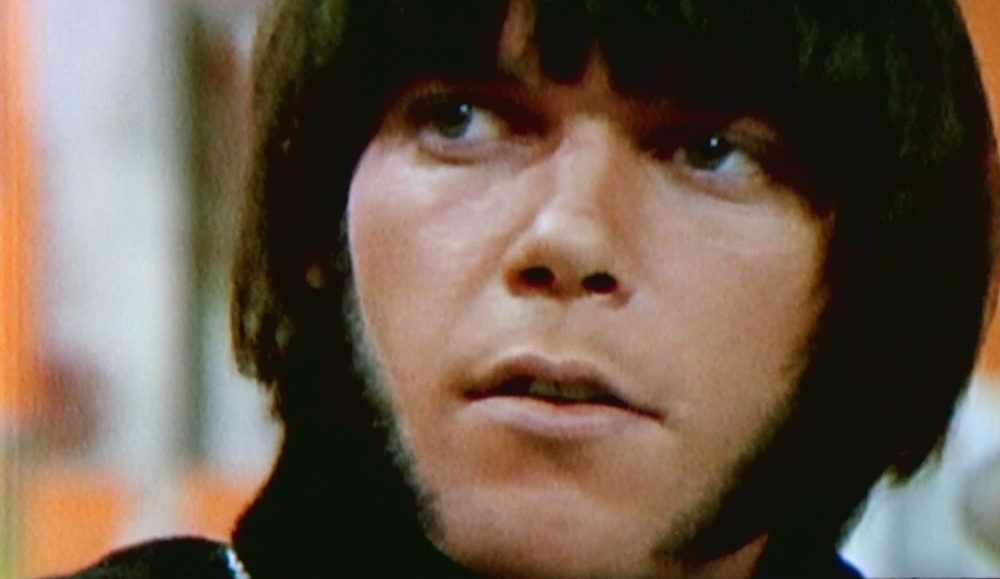 The film by François Busnel and Adrien Soland, Only the earth is eternal, devoted to Jim Harrison, one of the most important authors of the 20th century, is both an abundant documentary, coupled with a tribute to the writer who told his country in his unique style. Shooting diary with its director.

Bigger than life. Harrison, the “Montana grizzly”, probably one of the greatest American writers, is today the subject not of a film or a documentary, but of an allegory, a way of homage to the part of the one who was his unconditional but also his friend, the journalist François Busnel. Modest, sensitive, moving, shimmering, picturesque, this film about “Big Jim” is an ode to nature, an ode to his nature as a lover of good food, but above all a timeless journey through the settings that forged the character of the writer: Montana, Wyoming, Nebraska, Colorado, Arizona, Utah. These large spaces that encourage meditation and writing, and where Harrison found his landscapes, but also a certain philosophy of life, despite the dramas, despite the failures, but also the successes, the fishing trips and the endless dinners. Wild landscapes, like his character, indigenous cultures of Native Americans who helped him to better think about the nature around him, and also, perhaps, to understand the very identity of this American people through his gallery of characters , heroes or antiheroes, winners or losers, but always picturesque, colorful and above all unforgettable.

François Busnel, former editorial director of the magazine Lire, head of the literary pages of L’Express and co-founder, with Éric Fottorino, of the magazine America, had written a number of articles and reports on American authors, which he also received on his weekly show La Grande Librairie (France 5), always keeping a special place for his friend and inspiration, Jim Harrison. Today, after seven years of work, discouragement, twists and turns, he is finally releasing Only the Earth is Eternal, co-directed with his friend and television partner, Adrien Soland. The must be seen of this beginning of the year, in which Busnel revives Harrison in the middle of grandiose landscapes. Interview.

In this film, we are far from the classic interview alternating with archive images and landscapes…

Right off the bat, I told Jim, we’re not gonna make a movie of interviews in your office, we’re gonna go for a walk together, we’re gonna go fishing, we’re gonna hang out at the Casita, your usual bistro , and Jim said, “Yeah, sure.” The other point is that we see Jim, how to say… a little tired. I asked him if he wanted us to see him that way, and he replied, with his big smile: “Do you think people still cheat at my age, in the face of death? I know she’s coming, it doesn’t matter, you know. Film me as I am, and when we talk to each other, the same, we won’t make up what we say to each other. Go ahead, ask me whatever you want.” It’s something I was very attached to because, in this profession, the people we idolize – sometimes, we have to admit, they are heroes for us –, whom we interview, have a rank to hold, an image that they monitor: at what moment do we manage to touch the truth of a person? Here we are outside the promotional circuits. Right from the start, I had the idea for the title… which, incidentally, I submitted to him on the second evening: I wanted something unformatted, surprising. Hence this very radical start to the film, almost suffocating from the first images, because it is Jim as he was at that moment, six months before his death: fragile, staggering, tired but alive! It sends us back to what we don’t want to see, in journalism as in the cinema, that is to say a man who is going to die, knows it and doesn’t give a damn. But Jim makes this twilight moment joyful, he speaks, he takes out aphorisms, an aphorism there, a haiku here, it’s a bit like the grandfather we all would have liked to have had, who takes you to the fish and tell you about life. Despite all the dramas he has been through – a gouged eye, depression, the sudden death of his sister and father killed by a driver, the money that does not come in… – he continues to enjoy what he has: “Get It While You Can” sang Janis Joplin, whom he adored. His philosophy of life is carpe diem.

You chose a rather slow tempo in the narration.

The documentary film, at the cinema, should not be as fast as a prime time show and it was necessary to reclaim the long time, the patience, the wait and at the same time the movement. A documentary film is a suspended, poetic moment that tells a story, which is obviously not incompatible with the “general public” dimension, quite the contrary. When Harrison says: “A river is a wonderful metaphor for life because the river always goes forward, you can’t go back, you can only go forward”, you have to be in tempo with the river. Calm time. To slow down. We no longer take the time to look at the world around us: this film proposes to do so. It’s like the road: you shouldn’t see it as a roll of bitumen that unrolls in front of you, but as an intermediary that allows you to reach incredible places! He’s not wrong. For him, you had to drive aimlessly in wide open spaces and watch nature, stop where you want, take out the fishing rods, sleep in a motel and live off the unexpected. Soak up the unexpected, give yourself surprises, rediscover the essential, nature. Not idyllic nature, but wild nature. Jim’s strength is to have made us understand all that, to seek to grasp the spirit of the place, not to wallow in the past or self-pity. He explained that a landscape is above all an evocative force, especially intended to drive away all our neuroses, and I believe in it! And all this is part of a philosophy, which is also that of Thoreau and Whitman, in literature, and Neil Young, in music, in particular the song “Be the Rain”, in Greendale. Harrison explained it like this: “Become what you see: become the snow, the rain, the wind.”

You took nearly seven years to make this film.

Yes, seven years is a long, very long time, but in the meantime there was the Covid, which slowed us down for almost two years, and especially Jim’s death. And quite honestly, it touched me very deeply. This year 2016 was trying, I really had not seen his death coming and it fell on me, as on his millions of fans. A real shock. I learned about it on March 27 through a call from Jim Fergus, his old friend, who broke the news to me. Fergus is not the kind of guy who takes his phone… The day before they had a big dinner with Jim, Fergus of course and Phil Caputo, who received the Pulitzer Prize. When I saw his name appear, I knew he was the bearer of bad news. We had started filming in the summer of 2015, and Jim died in March 2016, when we had an appointment to shoot the second part of the film the following month. Because at the beginning, I had written a scenario in which Jim would not die, obviously: we had to walk with him in the Northern Peninsula in winter, then the following spring in Arizona. His death put a stop to the film.

How did you get back in the saddle then?

For a year and a half I told myself that the film would never come out, that I would never finish it. I was discouraged. Ready to leave my reels in a drawer bottom. And there, miracle: in 2018 I received a phone call from Thierry Frémaux, in particular director of the Lumière Institute in Lyon, whom I did not know: “I am told that you have images of Jim Harrison of which I am a great fan, I received him in Lyon in the early 1990s. And I’m also told that you knew him well, so can you come and talk about him at the Lumière Festival? And if you could send me your images…” I send the images and some time later, Frémaux reminds me: “The images that I saw, there, do you have others?” I answer: “Yes, of course!” “Oh, how much?” “About ten hours.” “Of the same quality?”, “Yes…”, “But it absolutely has to be made into a film! Are you crazy, what are you waiting for? He was right, a thousand times right. We had lunch together and he said to me, like a kid: “You’ll have to wake up! If everything is on this level, not making the film would be dishonest towards Jim, who gave you the incredible gift of confiding in you like no one else.” I said to myself: he is inflated, this guy, all the same. But I must admit that Thierry (followed by the woman I love to whom I told this and replied to me: “He’s right and I’ve been telling you for two years.”) gave me the impulse to rewrite the whole film, to completely rethink the editing and in particular to imagine a different ending than the one I had initially planned.

More info on Only the Earth is eternal