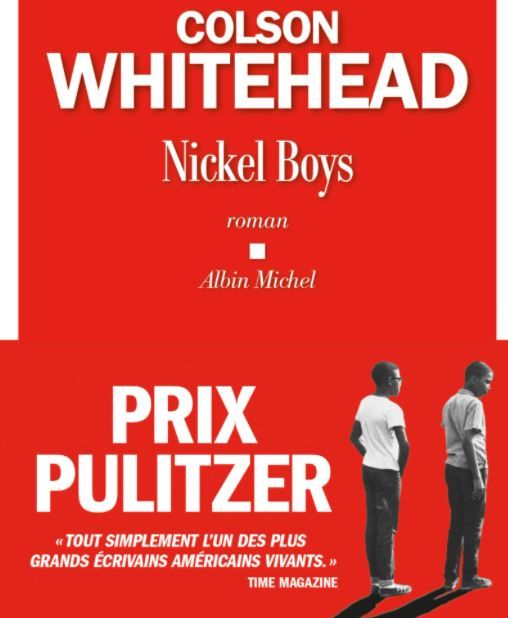 THEME
Abandoned by his parents at the age of six, Elwood Curtis lives in Florida with his grandmother anxious to give him a strict education. While in the 1960s, segregation was still rife, he listened unceasingly to the only record he had, the recording of Martin Luther King’s speeches on the injustices inflicted on blacks. The wisdom lessons of the one who will become his master thinker will teach him to keep his head up in all circumstances and will encourage him to peacefully defend freedom, equality and justice for all. His history teacher notices this intelligent, calm and studious student, and gets him a place at a nearby university. A dream is looming for this young black so deserving! Unfortunately, a tragic miscarriage of justice resulted in him being sent to Nickel Academy. This house of correction is supposed to put delinquents back on the right path through physical, intellectual and moral training.

In fact, those responsible, thick brutes, reign supreme terror of the blows. Sanctions fall arbitrarily at the whims of the monitors, who unleash themselves against their victims with unheard-of violence and brutality. Some are beaten to death and disappear overnight without leaving a trace… In this hell, Elwood forms a strong friendship with Turner, lucid and funny. Confronted with cheating and corrupt staff, they can only rely on themselves to contemplate an escape.

STRONG POINTS
– We discover with dismay how this house of correction works by physically and morally destroying the young people who are locked up there.

– A novel very well constructed in three alert parts until the twist of the epilogue which completely surprises the reader.

– The two protagonists are striking for their complementarity: the idealism, confident optimism and candor of Elwood are based on the lucid and cunning realism of Turner.

– Under the aegis of Martin Luther King, the benefits of non-violence are emphasized: the only weapons used by this upright and exemplary boy in the service of dignity and justice are, in addition to rectitude and endurance, studies, ideas, even the love of his tormentors.

WEAK POINTS
I don’t see any.

IN TWO WORDS
The recent discovery of an underground cemetery next to Nickel Academy is the origin of this documented book on a thorny subject. It reveals the unbearable abuse inflicted on innocent people, through a captivating storyline tied around two endearing characters, whose perseverance commands respect. A masterful novel, which amply deserves the Pulitzer Prize 2019! A double after that of 2017, which raises Colson Whitehead to the level of William Faulkner and John Updike!

AN EXTRACT
“Twelve misses… This is what this school was doing to you. And it didn’t end the day you left it. It broke you, deformed you, made you unfit for a normal life. »P. 199

“He continued to hear these nobler imperatives: Love and this love will be returned to you, believe in the path of justice because it will lead you to deliverance, fight and things will change. »P. 236

THE AUTHOR
Born in 1969, Harvard graduate Colson Whitehead is a journalist and novelist. It was therefore a worldwide success with Underground Railroad, Pulitzer Prize 2017. On this book, you will find a column proposed by the editorial staff of Culture-Tops: HERE