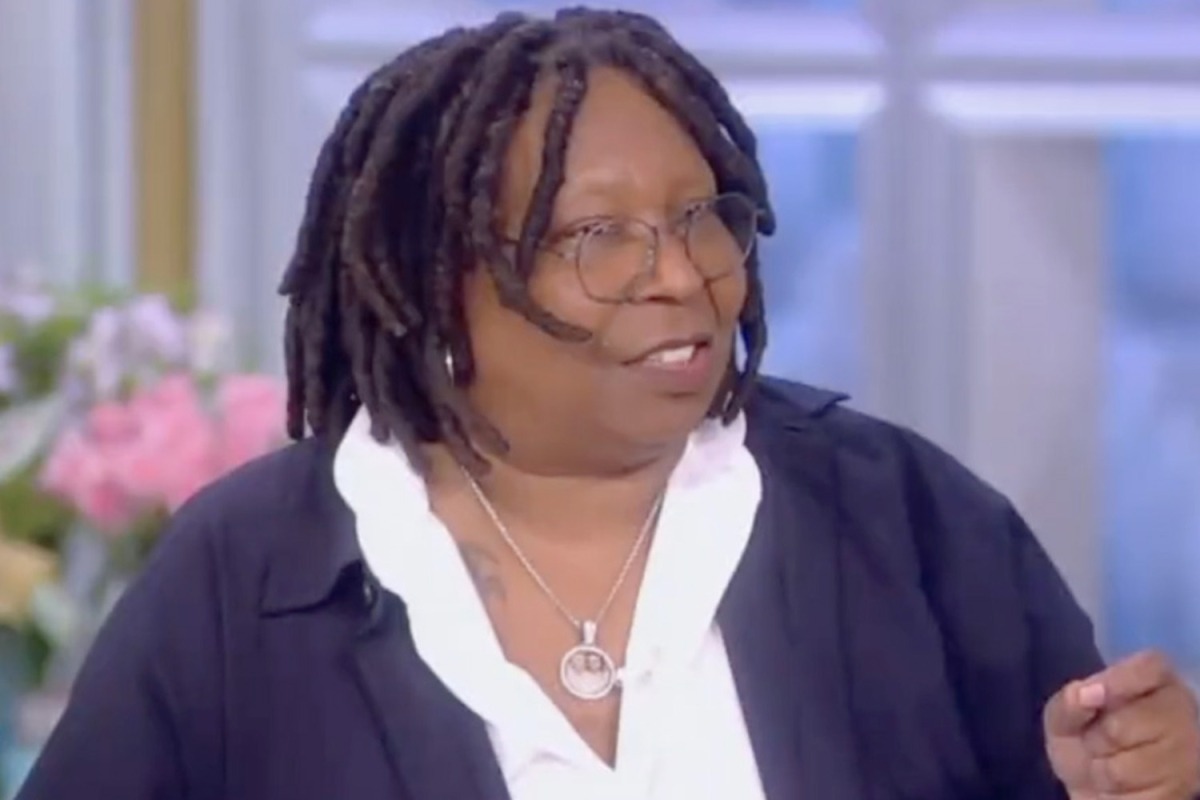 WHOOPI Goldberg sparked outrage on Monday when she claimed on The View that the Holocaust was “not about race.”

The show’s panel got heated when the Oscar-winning actress tried to disparage the other co-hosts as she claimed the Nazis didn’t kill people because of their race.

Goldberg’s comments came just days after Holocaust Remembrance Day, when a tribute was paid to the six million people who died.

Monday’s The View program discussed the recent scandal after a Tennessee school board voted to remove the Pulitzer Prize-winning graphic novel Maus from an eighth grade language arts curriculum.

The book depicts Jews being tortured and murdered by the Nazis during World War II.

The board had claimed that the book was unsuitable due to coarse language and depiction of female nudity.

It was removed from that school’s curriculum after months of increased pressure from parents in some districts over books that focus on issues of race, gender identity and sexuality.

“I’m surprised that’s what made you uncomfortable, the fact that there was nudity. I mean, it’s about the Holocaust, the murder of 6 million people, but you didn’t mind? asked Goldberg.

The co-hosts agreed with the actress that there was a “confusion” that left the children unprepared for “the real world”.

“Look at what kids are watching these days and what music they’re listening to,” said Sara Haines.

Saying that showing them a work of art or history that happened is bad language or nudity?

“Turn off the reality TV, turn off the radio, turn off whatever they’re doing because kids are exposed to this stuff early on in inappropriate situations, not where you’re learning or teaching. »

Although these early comments did not initially anger her co-hosts, Goldberg later backtracked on her theory that the Holocaust, which was sparked by belief in a “master race” and a desire to “racial purity”, was not race.

“If you’re going to do this, then let’s be honest about it,” Goldberg said.

“Because the Holocaust is not about race. No, it’s not a question of race. »

Co-host Joy Behar replied, “So what was it about? »

“It’s about man’s inhumanity to man,” Goldberg replied, again asserting that Adolf Hitler’s “Final Solution” was not about race.

Another co-host, Ana Navarro, chimed in, saying the Holocaust was centered around white supremacy.

“Well, it’s about white supremacy. That’s what it’s about. This is about going after Jews and gypsies,” she told Goldberg.

“You’re missing the point,” she continued.

“As soon as you turn it into a race, it goes down that aisle.

“Let’s talk about it for what it is. It’s the way people treat each other. It is a problem.

“It doesn’t matter if you’re black or white because blacks, whites, Jews…everyone eats each other. »

“So if you’re not comfortable hearing about Maus, should you be worried, should your child say, ‘Oh my God, I wonder if that’s me? ‘” Goldberg then asked.

” No ! That’s not what they gonna say

Navarro continued to argue, however, noting that it is “necessary for children to learn about the Holocaust.”

She pointed out how some people compare the way yellow stars were used to identify Jews during the Holocaust to the need to show Covid vaccination status.

Goldberg fired back “to learn more about man’s inhumanity to man,” before sending the show to a commercial break.

The actress was lambasted online for Monday’s comments

“The utter ignorance of the non-Jewish world, promoted by the mainstream media, when it comes to understanding the Holocaust,” one Twitter user said.

“Whoopi Goldberg attempts to ‘All Lives Matter’…the Holocaust,” wrote another.

One user commented, “Some Holocaust education would do Whoopi a world of good. »