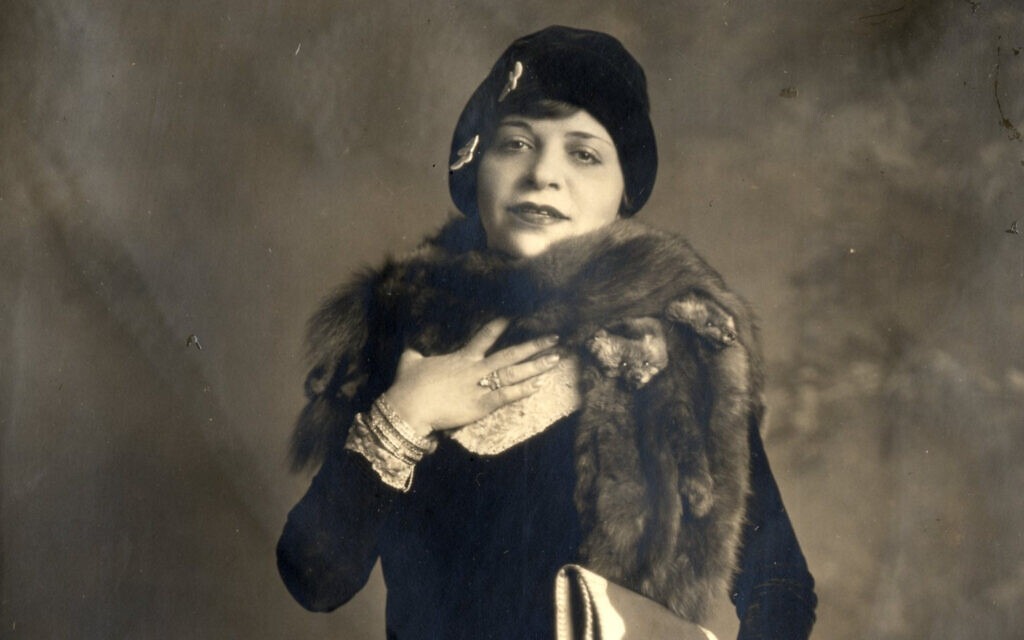 Like many early 20th century Eastern European Jewish immigrants to the United States, Polly Adler wanted to do something with her life. And even if her name has been largely forgotten today, she will have made it big – as a great lady of the jazz age.

Everyone went to Adler’s in Manhattan in the 1920s and 1930s. While this luxurious brothel got a bad rap, it was a plush place to congregate, where the cream of society could mingle, socialize, and drink. bootleg liquor in the midst of Prohibition. It was a living room where artists, writers, businessmen, politicians, professional athletes and gangsters rubbed shoulders, exchanged ideas and struck deals.

Robert Benchley, Desi Arnaz, Joe DiMaggio, Milton Berle, Lucky Luciano and Walter Winchell were just a few of the reputable names who frequented the brothel, spending lavishly on illegal booze, gorgeous girls – or both. Women, including writer Dorothy Parker, also frequented it. Duke Ellington passed by with musicians from his band to play a set or two.

Adler put women at the service of customers. Among them would have been – however no evidence has come forward to support this assertion – the politician Franklin Delano Roosevelt, who was later to become the American president who was to lead the country during the Depression and the Second World War.

Pulitzer Prize-winning author Debby Applegate takes us on a journey through time as she enters the intimacy of this “speakeasy” and “her harem” in her new biography of Adler.

Published in November 2021, Madame: the biography of Polly Adler, icon of the jazz era is the story of Adler and, more generally, of an entire era. With captivating writing, Applegate gives us a vivid and detailed account of how the underworld worked and how it forged relationships with often corrupt politicians and police – relationships that allowed it to continue to thrive. (Adler herself paid members of the Vice Squad thousands of dollars in bribes each month to do “her business.”)

“She is a window, a magnifying glass that allows access to so many details about this period of history,” enthuses Applegate, referring to Adler in an interview with the Times of Israel from his home in New Haven, Connecticut.

“Prohibition was a strange time because this everyday activity had become illegal, and that changes the whole moral aspect of things… If you wanted a drink of beer, you had to go to a criminal… The border between the acceptable and the unacceptable had almost disappeared. The world of vice, this shady and dangerous milieu of the underworld had become chic, glamorous. It was in this world that things happened, it was there that interesting people met. Polly had accompanied this cultural change. Suddenly the women of the night had become smugglers – and she had slipped into that role,” adds Applegate.

Adler was born in the 1900s and grew up in the residence area of ​​the Russian Empire, in the village of Yanow, located in contemporary Belarus. Quick-witted and inquisitive, eager to get an education, she had hoped to attend high school in the nearby town of Pinsk, but her parents had decided that the family would immigrate to the United States and that Polly (then known as Pearl ) would go as a scout.

She had arrived in America alone at the age of 13, living first with a family originally from Yanow who had settled in Massachusetts, then with relatives in Brownsville, Brooklyn. The family’s plan to emigrate to the United States had been thwarted by the start of World War I in 1914. While her parents and younger brothers were ultimately to make it to the country, Adler had been stymied by the situation. and had been forced to be independent from the moment she left home.

The ambitious and intelligent Adler had quickly realized that her sweatshop jobs would get her nowhere. And she quickly understood that life would be hard after being raped by a factory foreman, after having an illegal abortion and being hunted and rejected by her relatives.

With nowhere to go, Adler had dated misfits – and eventually had to move steadily around an entourage of crooks and gangsters.

“Polly and those around her weren’t even trying to be good… When you’ve been like Polly rejected by your family, isolated from your loved ones, when you feel like no one cares whether you’re alive or death, then you start finding friends among the outcasts – because they welcome you. This is where you start to reject society, the rest of the world, ”notes Applegate.

According to the author, there is no evidence to support the hypothesis that Adler herself engaged in prostitution. However, Applegate insinuates in her book that Adler probably did it in 1919, when she was first left alone and hungry.

“Brothehouse owners don’t like to admit – with some exceptions – that they worked as prostitutes before becoming landlords, but it is nevertheless unlikely that they went directly to this second status,” says Applegate. 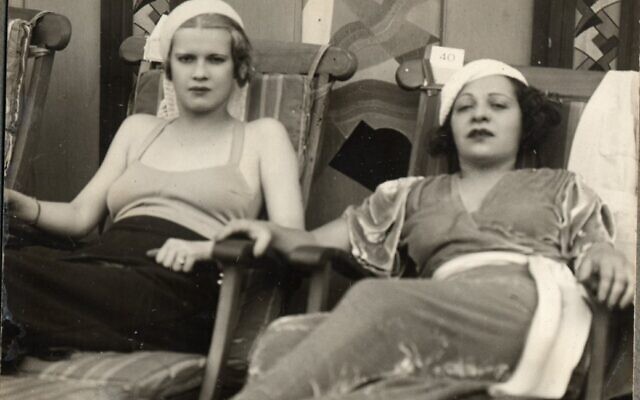 Polly Adler on vacation with one of her “daughters”. (Credit: Polly Adler Collection/Courtesy: Eleanor Vera)

Both historian and biographer, Applegate was unaware of Adler’s existence until she came across her best-selling 1953 memoir, titled A House is not a Home in the stacks of the Yale Library. This thin volume, which had sold 2 million copies when it was first published, intrigued Applegate.

“With this book, I felt like I was unearthing things that were hidden and that if I didn’t share them, they would never be known,” she says.

Applegate, 53, has been in contact with relatives of Adler in Israel and the United States while conducting many years of research. She found that her elderly relatives did not want to talk about Adler or his memoirs. 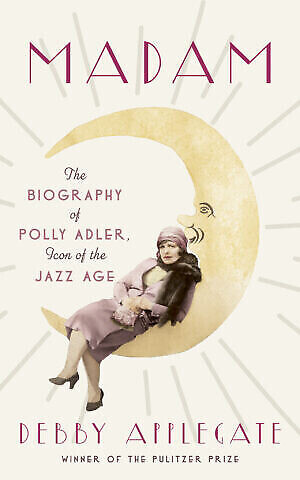 “In the early 1950s, Polly was an author, she felt she was quite respectable… She had gone on tour in Europe and she had traveled to Israel to see her family, to whom she had also sent money, and she thought she would be welcomed as a hero. They didn’t even agree to talk to him about the book. They were too embarrassed and ashamed. She apparently left very angry,” Applegate said.

Adler had supported his parents and younger brothers financially after they arrived in the United States – but it’s unclear whether the family knew where the money came from.

Adler kept his professional and personal life quiet when his parents visited him. But according to Applegate, Adler’s father had known something – especially since his daughter had purchased stocks and real estate in his name and he himself had signed off on those acquisitions. It was not until much later, when Adler appeared in newspaper articles related to the Seabury investigations into New York City Council corruption in the 1930s, that her mother and others relatives had begun to become aware of his professional activities.

“Her family had followed her to California after her retirement and she had been happy to enjoy her money. But her mother had forbidden her to be present at the Seder table on Passover. It had deeply hurt Polly, and she was to remain bruised for the rest of her life,” Applegate said. 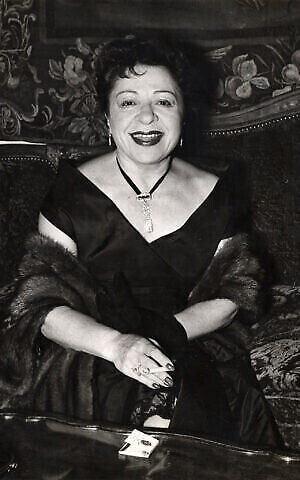 Polly Adler on a trip to Europe after writing ‘A House Is Not A Home,’ in 1954. ((Polly Adler Collection/Courtesy Eleanor Vera)

While Adler’s life—hosting high-profile friends and hitting the hottest nightclubs with her prettiest “girls”—had its share of glamour, her life as a brothel boss was extremely stressful. His success was due to his discretion and natural business acumen, but also his ability to stay one step ahead of the law. Packing up and moving his brothel to a new location at a moment’s notice, paying law enforcement to avoid arrests and jail time, or being at the center of gang wars had had consequences, both emotional and physical. .

So why had she continued? Why didn’t she retire after earning enough money to buy nice clothes, jewelry, fur coats, a car, and an apartment?

“I think she had become addicted to money… She had said at one point, ‘As a retired brothel owner, I’m going to be an outcast – but as long as I’m Mrs. Polly, at the head of the most opulent brothel in New York, society will come to me,” says Applegate. 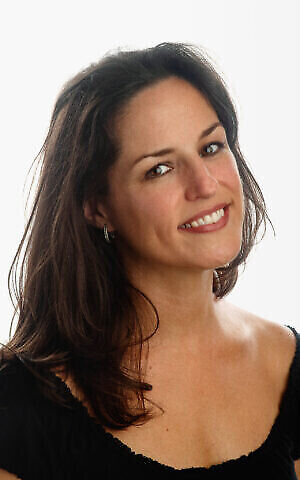 “It is difficult for us today to understand this state of mind – but when you see around you the intertwining of money, sex and male power, you can be tempted to try to take advantage of what the others are constantly taking, just a little bit, to make injustice more acceptable,” she says.

When World War II ended, Adler, who had remained unmarried, decided to retire from the business and live a quiet life in Los Angeles. She had gone back to high school to finish high school and get a diploma. This resumption of studies – and the writing of her memoirs with the help of a pen – had been the moments of which Adler had drawn the most pride, she from whom the chance of an education had been snatched when was a young teenager.

A heavy smoker, Adler died of cancer in 1962 at the age of 62. Until her last day, she never openly questioned the moral aspect of her activity as a brothel owner.

“But she also said she could never be truly happy because she knew too much about human nature,” adds Applegate.

Polly Adler, the Jewish immigrant who ran a brothel during Prohibition