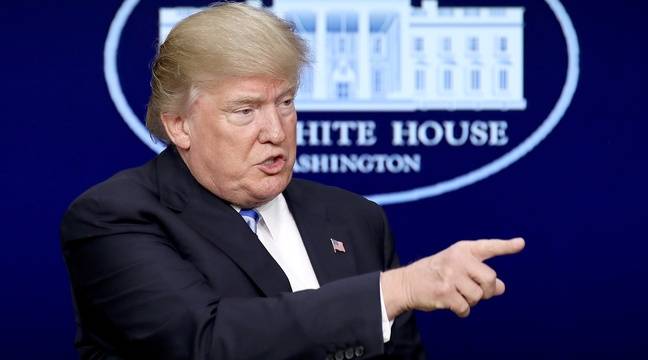 The Washington Post, The Wall Street Journal where the New York Times… The prestigious Pulitzer Prizes for American journalism have rewarded several articles on the American electoral campaign this year. Investigations carried out in particular by journalists working in publications repeatedly pointed out by the new President of the United States, Donald Trump.

A “dishonest and bogus” newspaper

David Fahrenthold of Washington post won the “national reporting” award for “a model of transparent journalism,” according to the Pulitzer committee. On the menu: a new mode of investigation by the journalist who asked his Twitter followers for help to find the trace of Donald Trump’s donations to charities. As a reminder, in June 2016, the then candidate for the White House claimed on Twitter that the Washington post was a “dishonest and bogus” newspaper.

I am no fan of President Obama, but to show you how dishonest the phony Washington Post is: https://t.co/cITm8BPixD

Peggy Noonan, of Wall Street Journal, was hailed for “beautifully presented stories that connected readers to the shared virtues of Americans during one of the nation’s most divisive political campaigns.”

The most coveted “public service” Pulitzer returned to the New York Daily News and information site ProPublica for exposing police misapplication of eviction regulations. Monday, ProPublica, a nonprofit that describes itself as independent, won its fourth Pulitzer Prize. He who on April 3 was defined as “a leftist blog” by White House spokesman Sean Spicer.

the New York Times, whom Donald Trump loves to baptize “failing New York Times” (“bankrupt”) or the professional of “fake news”, walked away with the prize for “international reporting” for having looked into the efforts of Russian President Vladimir Putin to expand Russian influence abroad, including through assassinations, online harassment and frame-ups against opponents.

Somebody with aptitude and conviction should buy the FAKE NEWS and failing @nytimes and either run it correctly or let it fold with dignity!

On the photojournalistic side, freelance photographer Daniel Berehulak won the Pulitzer for the “Breaking news” photo category, focusing on the fight against drugs in the Philippines [clichés publiés dans le New York Times].

Finally, the prize for the “reportage photo” went to the Chicago Tribune which published the portrait of a 10-year-old child, who survived a shooting in Chicago, and his mother working to resume the course of their life after this tragedy.