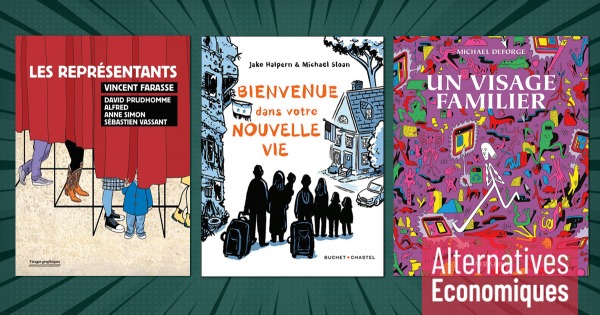 Once a month, Economic Alternatives offers a selection of comics dealing with economic and social news

1/ A life to rebuild

The Aldabaan family lived in Syria, in Homs, when the war broke out in 2011. They first took refuge in Jordan. Difficult, then, to resolve to cross the Atlantic, because all the members of the family (uncles, aunts, grandmother), are not so advanced in their visa application for the United States.

In November 2016, the possibility of a victory for Donald Trump convinces the family to take the plane, before it is too late. ” If Trump wins, they’ll slam the door in our face fears Ibrahim, the father.

Arrived in Connecticut, the family is no longer afraid of torture and bombardments, but their daily life is not easy. ” We’ll do our best to help you, but the Iris [l’association d’aide aux réfugiés qui s’occupe des Aldabaan, NDLR] wants you to be independent, and therefore totally autonomous, within three to four months “, explains Lara, a volunteer, who finds it difficult to believe it herself.

Between medical appointments, a new language to learn, a CV to write, job search courses to follow for jobs that are often far from their ambitions (entrepreneur in Syria, Ibrahim is offered cleaning the toilets), the discovery of the college for the children, the daily life of the Aldabaans does not really resemble what they had dreamed of. The day Ibrahim receives a racist message on his phone accompanied by death threats, the family is again forced to flee, and finds a small hotel that they have trouble paying for.

These torments, which unfortunately constitute the lot of many refugees, are told to us by Jake Halpern and Michael Sloan, respectively journalist and illustrator at the New York Times. They followed the family as soon as they exited the plane. From their monthly meetings was born a drawn report published in episodes by the New York Times and awarded the Pulitzer Prize for press cartoons in 2018. importance of solidarity. 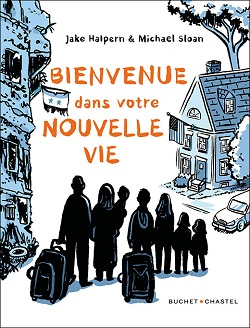 Perhaps you were with friends, quietly at home watching TV, or on a weekend in the countryside. Maybe you just don’t remember. And on the evening of April 10 and 24, where will you be?

The representatives, the first comic strip in the “Rivages Graphiques” collection launched by Payot & Rivages, is a succession of skits, whose common point is to have taken place on the evening of the presidential election, between 1995 and 2017. Politics interferes then in everyday scenes. As in this couple who receives parents from a classmate of their son, and who find themselves toasting with them in front of the election of Jacques Chirac while their political opinions diverge.

Or as in this hospital which, in 2007, is about to be filled with demonstrators injured in protesting against the election of Nicolas Sarkozy, while siblings there mourn the death of their father, already arguing over the legacy to come.

Among all the characters encountered throughout the chapters, some are indifferent to the announcement of the results, others feel joy, sometimes misunderstanding (“ 17%, do you realize? But who are these people who voted for him? Exclaims Max when he learns that Jean-Marie le Pen is in the second round, in 2002). These election evenings also give rise to some reflections on abstention, or the relationship to voting: “ once every seven years, we delegate all our powers to a man who will not be accountable to us for seven years… Basically it’s a monarchy, except that we re-elect the monarch “says Marthe, in 1995.

The five chapters have a different graphic touch: each of the four authors of this collective work has drawn one, and the fifth is the fruit of their eight-handed collaboration. The following ? It’s up to you to write it. What will your story be for 2022? 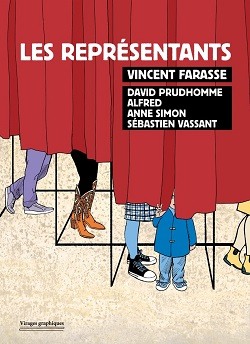 3/ In Angoulême, the price of daring for a dystopia

The Angoulême Festival, an unmissable event for all fans of the 9th art, ended on March 20. The prize for the best album was given to Marcello Quintanilha for Listen, Pretty Marcia, in which the Brazilian author recounts the daily life of a family in the favelas of Rio and the influence of gangs, under which Marcia’s daughter falls. The audacity prize was awarded to Michael Deforge, for A familiar facewhich we reviewed a few months ago when it was published.

With the ambition to follow in the footsteps of George Orwell, Michael DeForge paints a portrait of a dystopian society, aided by his very abstract drawing. “My position was not threatened, but the system liked that the lines of substitutes were visible to motivate staff”says the narrator, who works for the government.

Welcome to a futuristic world, where the dictatorship of technology reigns, where the search for efficiency is pushed to its climax, where the city, the roads, the buildings, and even the people are “updated” (modified, improved) by depending on the humors of the system.

With these changes, one fine day, the narrator’s companion vanishes. Launched in search of it, we soon discover another universe. From ” radical cartographers have taken over the government system and run wild updates: “The house of the deputy mayor had been relocated to the bottom of the lake, the parks were enlarged and the roads condemned. » A demonstration is organized, the demands multiply. Is there still hope for revolt in this sanitized world “where the slightest gesture, shrug, sigh or whisper seems to be part of a subversive secret code” ? 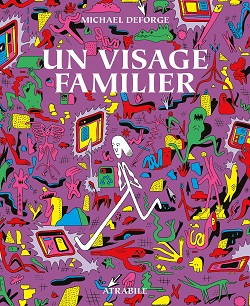